In Lieu of 1000 Words: Last Wednesday at Jardine's

Today, I’ll mostly shut up. After an explanation of what we’ve got here.


My hobby is photography. But I’ve rarely taken a camera into clubs because I don’t carry a pocketable camera (I have one, and it and I don’t seem to like each other), and I’ve avoided walking in while sporting a hefty hip pack strapped to my considerable waist. Recently, though, I overcame the fear of looking like a freak (or, some might say, like more of a freak than usual), and nabbed a few shots of one of KC’s terrific young singers, Megan Birdsall, and her terrific group in performance.


So, here’s a visual sense of last Wednesday, the day before Thanksgiving, 2009, at Jardine’s (clicking on a photo should bring up a larger version of it): 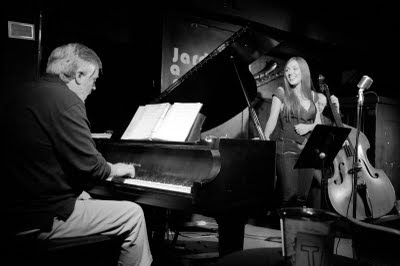 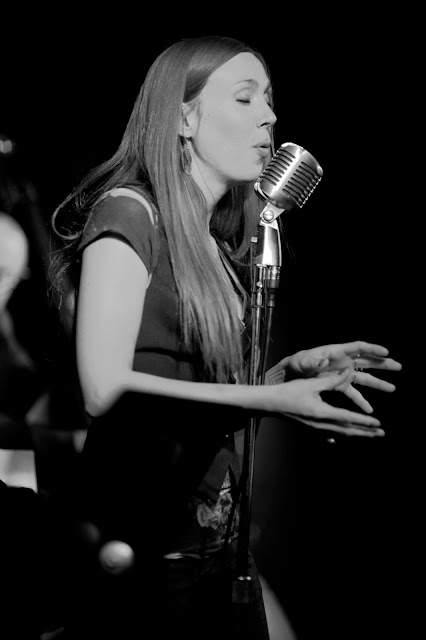 Megan Birdsall sings. In black and white, she looks like quite the chanteuse. 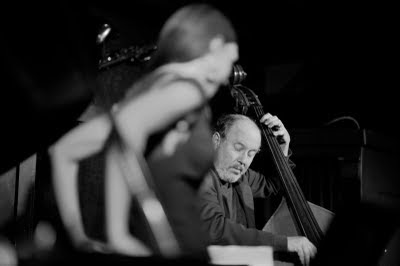 Bassist Bob Bowman, while Megan enjoys his solo on the group’s outstanding interpretation of Fire and Rain. We were all enjoying it. 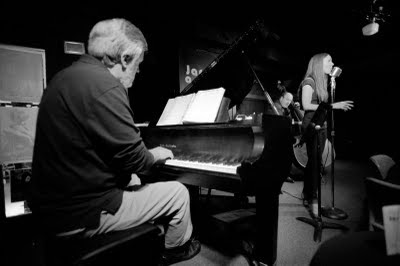 The group in performance. 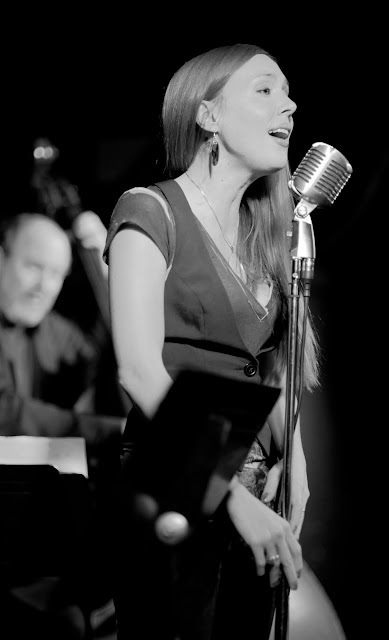 Megan singing some more. Can’t get enough of that voice.