In Lieu of 1000 Words: The Prairie Village Jazz Festival

As far as I can tell, the organizers of the first Prairie Village Jazz Festival last Saturday made only one error.

A friend asked if I’d volunteer the day of the event, and I agreed. Then I found they put me on security.

But if any other mistake was made, I didn't see it.

The inaugural Prairie Village Jazz Festival was a magnificent success. The community where I grew up (just a few blocks from the festival grounds, actually) assembled a perfect day of jazz. The park was ideal. The organization seemed flawless. The weather could not have been better (okay, that one’s thanks to someone other than festival organizers). More of the crowd even seemed to be listening to the music than on a typical night at Jardine’s.

The music they heard, start to finish, was Kansas City at its best. I was at my volunteer post during the first two sets, but what wafted there of Killer Strayhorn and Sons of Brazil proved ideal openers. David Basse’s group, a superb mix of KC veterans and youth, swung his vocals hard. Eldar’s return is always welcome, though I wondered going in if a piano trio would play well to a large outdoor setting. He knew what would work here and engaged the crowd in his mastery. The Kansas City Jazz Orchestra, which struck me as a a bit tepid when I heard them last January, this night brought the figurative house down, partly with the help of guest Miguel DeLeon. And Grammy nominee Karrin Allyson, another returning KC jazz hero, joined the Jazz Orchestra, never sounding better.

Below are photos of how it looked, mostly of the headliners. As always, clicking on a shot should open a larger version of it.

By the way, turns out security just meant making sure nobody entered with a cooler. So, my official security report: Prevented three people from bringing in a banned cooler (the Prairie Village police officer behind me may have helped). 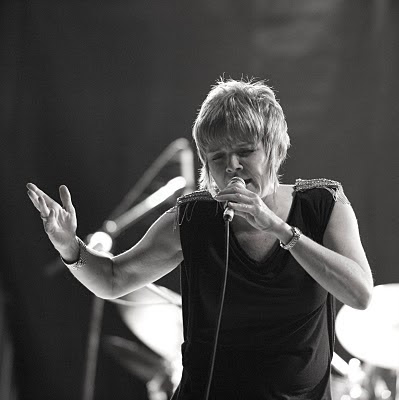 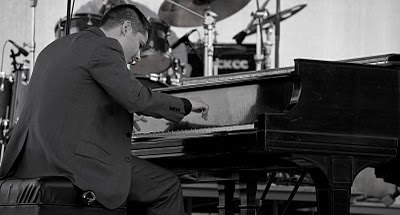 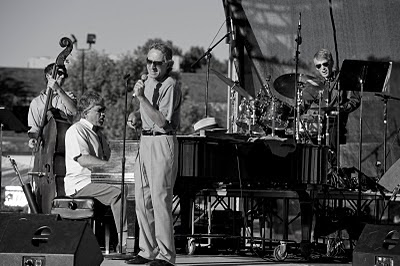 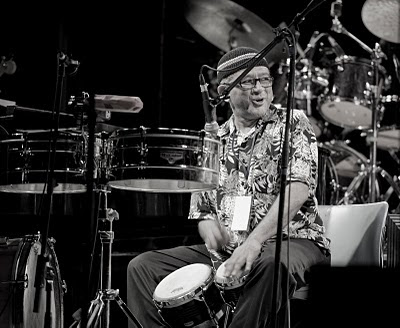 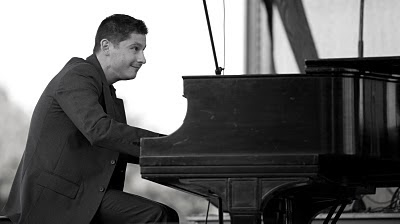 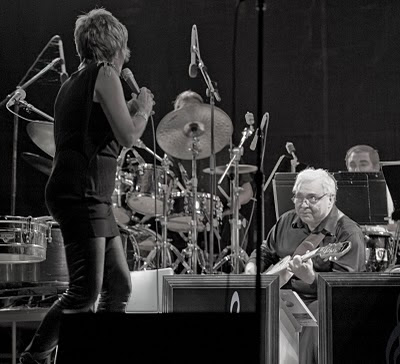 In the mid-1990s, I went to The Phoenix nearly every Tuesday night for Karrin Allyson on piano and vocals and Rod Fleeman on guitar. It's still some of the best jazz I've heard. The musical chemistry they share is just as delightful to see and hear today. 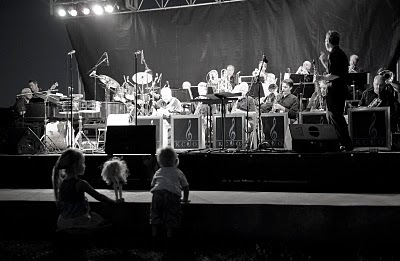