In Lieu of 1000 Words: Steve Lambert Quartet at Jardine's

Maybe a year ago, I first heard him. He sat in and jammed on the last set of someone else’s show (I don’t remember whose), and this kid was good.

I heard Steve Lambert again, jamming with others. He’d sometimes get flustered, but watching and listening, you knew that would be overcome, in time, with confidence built through experience.

He emailed me last summer, suggesting I might like a show at The Blue Room that week, pianist Chris Clarke’s group, with Steve joining on sax. I went, and that’s the night I saw a corner turned. Trumpeter Hermon Mehari sat in much of the night. Drummer Ryan Lee joined for a few numbers. Anchored by veteran pianist Clarke, Steve and the other young musicians flew, one musically bouncing off the next for a wonderful night of music. I left there recognizing that in these young hands, the future of jazz is solid.

Steve Lambert’s music has continued to mature, playing in Crosscurrent (photographed here) and The New Jazz Order Big Band (photographed here) and other groups around town. And now with his own quartet and compositions, Steve has released his first CD, Subject to Change, with TJ Martley on piano, Seth Lee on bass and Matt Leifer on drums.

You can catch the Steve Lambert Quartet at the 10:30 show on the 26th of this month at Jardine’s, and pick up a CD from him there. Until then, here’s how it looked at the CD release party at Jardine’s on January 31st. Clicking on any photo should open a larger version of it. 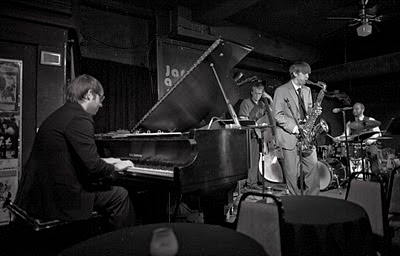 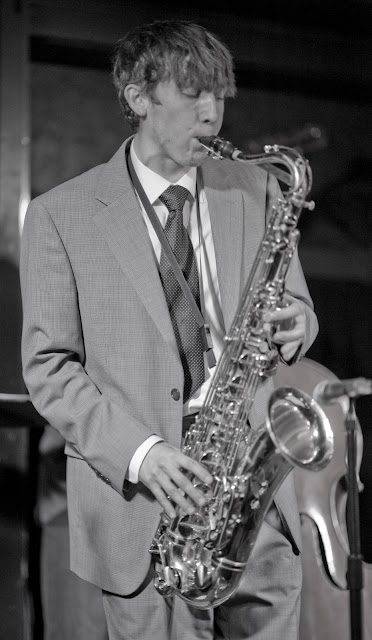 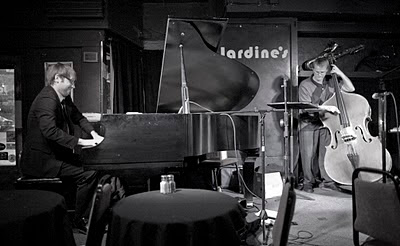 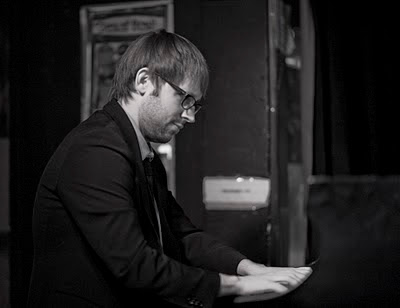 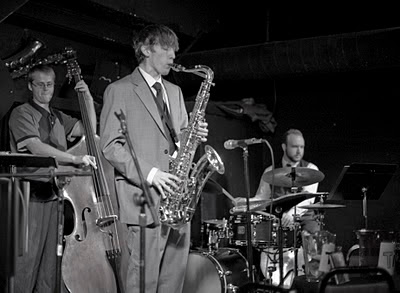 Steve backed by Seth and Matt 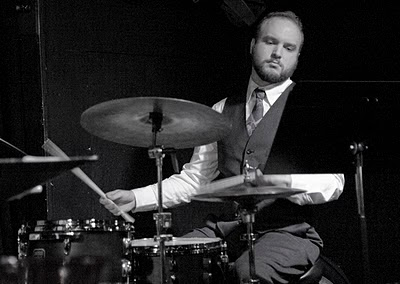 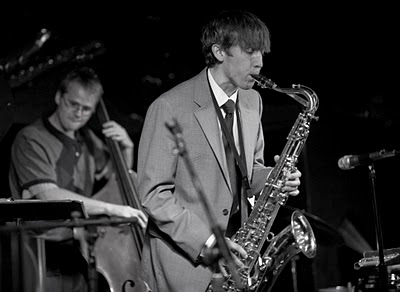 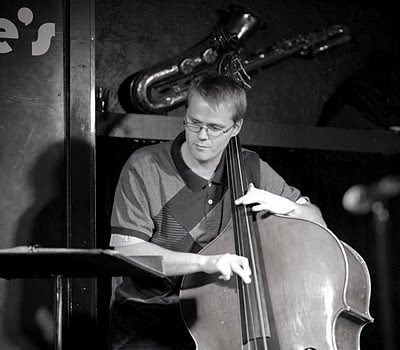 For the last set, Micah Herman, who produced the CD, sat in on bass 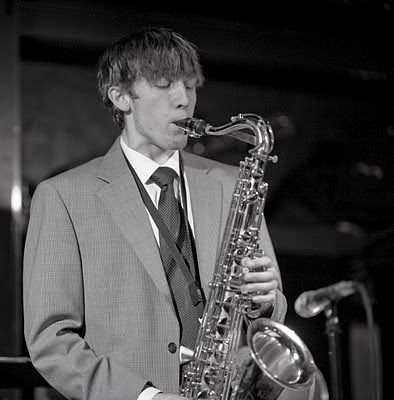