This is what I meant.

Myra Taylor:  Born in Bonner Springs, Kansas, but raised, for all practical purposes, around 18th and Vine. She hobnobbed with Bennie Moten and Count Basie, with Lester Young and Charlie Parker. She recorded with Harlan Leonard’s Rockets, one of KC’s renowned big bands. She traveled the world and sang, by her own description, swing learned in Kansas City.

In the 1990s, Myra returned here, and with the Wild Women of KC was part of one of the most vivacious and funnest groups we Kansas City jazz fans have had the delight to enjoy. Myra sang swing learned when Kansas City jazz masters dominated the music. Then others learned from her.

This is what I meant when I wrote last week that in Kansas City, we have a jazz culture and tradition, which even today is passed from one extraordinary musician to the next.

Friday, one of our last links to Kansas City’s jazz origins, the wonderful Myra Taylor, passed at age 94. What she gave us cannot be replaced, but neither can it be forgotten. So today, let’s remember Myra with two sets of photos.

The first is from the fall of 2003, when the US Park Service unveiled the plaque on the front of the Mutual Musicians Foundation designating it a National Historic Landmark. Outside of the Foundation that day, Chuck Haddix from UMKC’s Marr Sound Archives gave Myra copies of publicity photos from her younger days which she was obviously thrilled to see.

The second set is from February 27th of last year, when I photographed the Wild Women of Kansas City playing The Blue Room, celebrating Myra’s 93rd birthday. Some photos from that night were featured in a previous post (here). But here’s a few additional shots taken of the night's star (clicking on a photo should open a larger version). 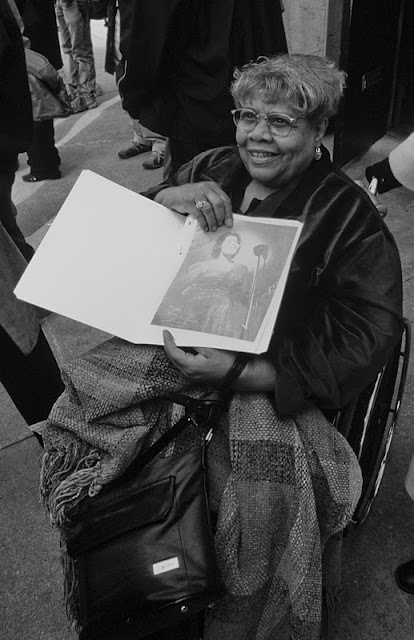 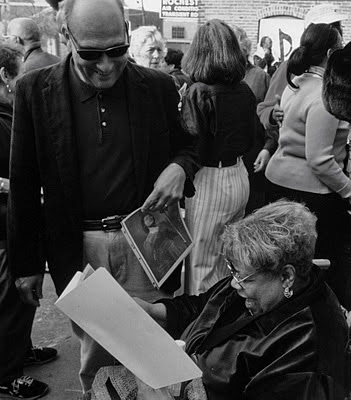 Presenting the photos to a delighted Myra 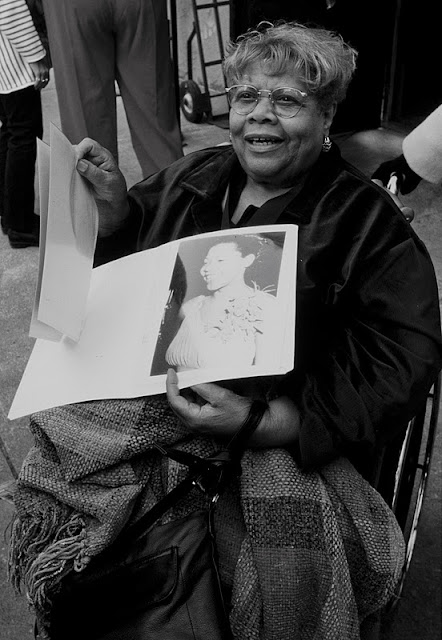 Myra with another young Myra 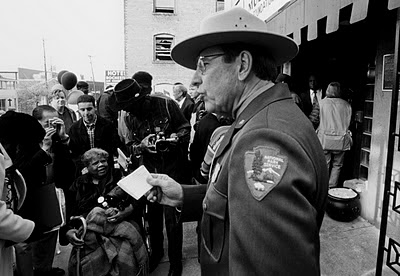 When the US Park Service unveiled the plaque designating the Mutual Musicians Foundation a National Historic Landmark, Myra Taylor was in the front row. 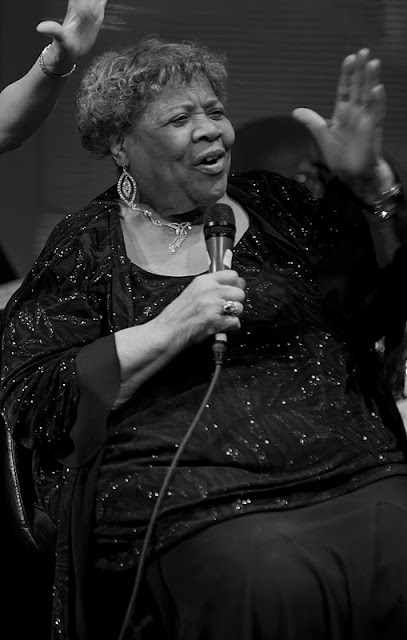 February, 2010 at The Blue Room, with 93-year young – and young is the right word – Myra Taylor sings with the Wild Women of Kansas City 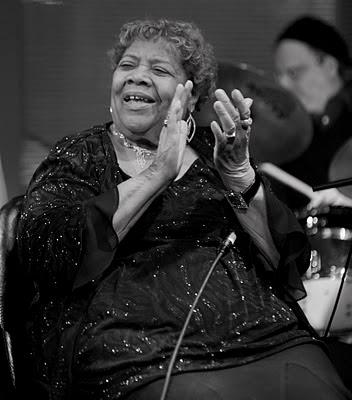 We all applauded Myra 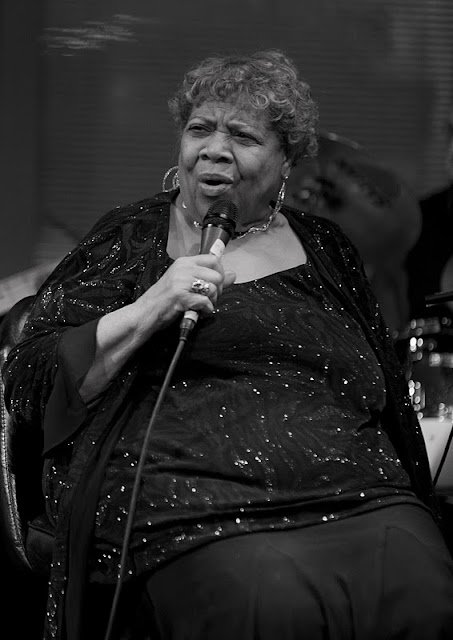