In Lieu of 1000 Words: Vine Street Rumble at The Blue Room

With every seat filled, people pressed against the walls, more streaming in (“We have a group of 17,” one host alerted another), The Blue Room exploded to the big band sounds of Jumpin’ at the Woodside, the way it was heard in this neighborhood 75 years ago.

Kansas City’s Vine Street Rumble is a new big band dedicated to recreating for Kansas City in 2013 the music which defined Kansas City in the 1930s, just as it was originally performed.

Much of the book is built on transcriptions of classic Count Basie, Bennie Moten, and Mary Lou Williams-arranged Andy Kirk sides for which, often, no written arrangements exist. Here is the chance to hear the way Bennie Moten’s band wickedly swung Toby, not through your iPhone headphones (yes, the Moten side in on my iPhone) but live, with the big band blowing just a few feet away.

Yet, I found the band’s third set its most fun. That’s when the group deviated most from transcriptions to more extended improvisation. Three minutes was a recording limitation of the original music’s era. I wasn’t there, but I have a tough time believing that live performances were played in three-plus minute chunks. I’ll bet Hot Lips Page and Lester Young and Herschel Evans took solos extending several choruses when Basie played the Reno Club. Vine Street Rumble sounded its best when Barry Springer and Brad Gregory and Al Pearson and Steve Lambert and Jay Sollenberger – to name but a few of the band’s outstanding musicians – had a chance to do the same.

Singer Talya Groves’s vocals brought a terrific freshness to these sides. She’s young. Her voice may not yet convey the depth of experience of Jimmy Rushing or Big Joe Turner at their legendary best. But her presence as she swung the band’s blues added interest and excitement to transcriptions of music I’ve heard through headphones dozens of times.

This band has performed publicly just a few times so far. And I’d recommend them to anyone wanting to hear the music that put Kansas City on the world’s map. But as the band grows, I hope they recognize more opportunities to let authenticity meet the talent of 2013. I’ll bet then we’ll really experience what it was like to hear the Bennie Moten Orchestra swing Kansas City in 1933.

But that hope detracts nothing from a wonderful night of music in The Blue Room. If you weren’t there last Friday, below you can at least see how it looked (as always, clicking on a photo should open a larger version of it). 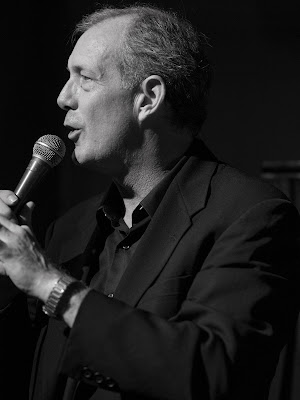 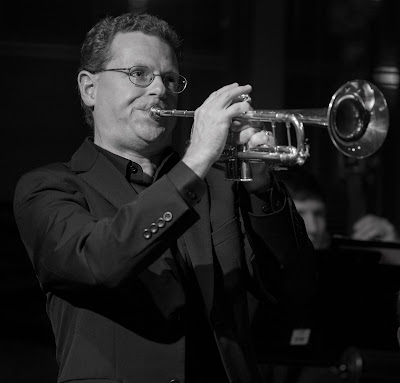 On some numbers, trumpeter Barry Springer filled the shoes of Buck Clayton, on others Hot Lips Page. He fit them all perfectly. 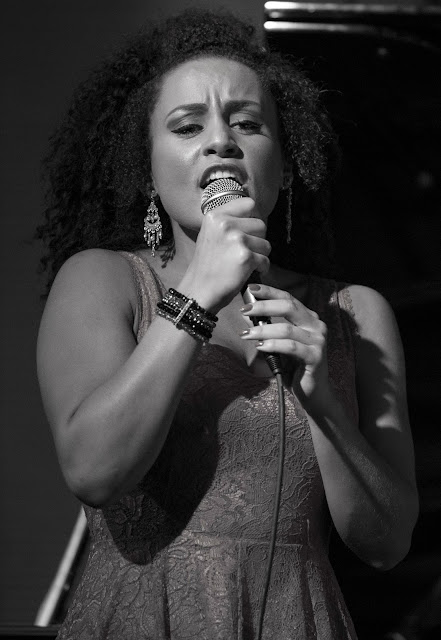 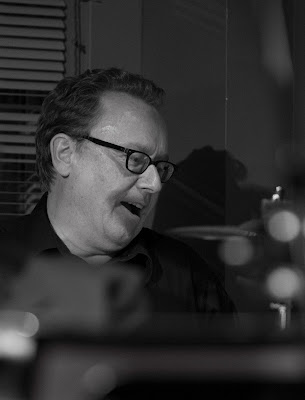 Jurgen Welge brought his own refreshing voice to the drums. 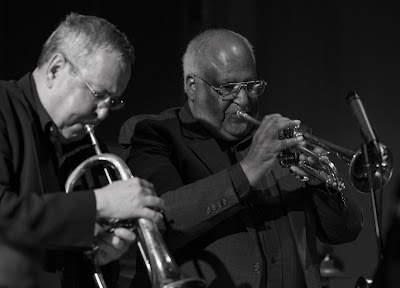 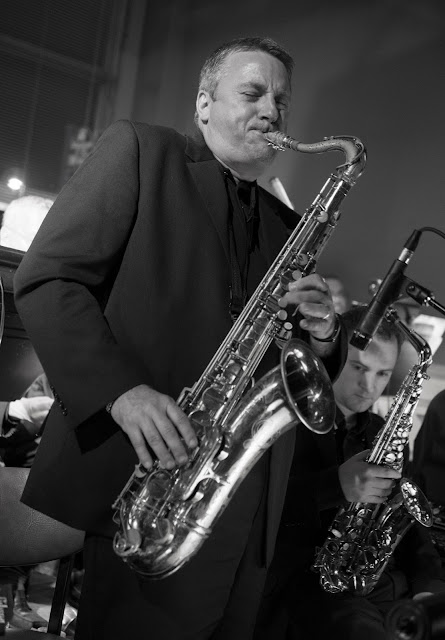 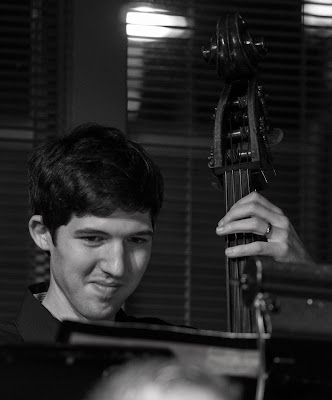 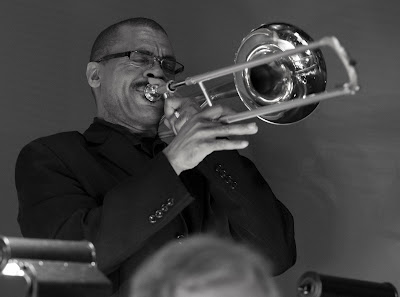 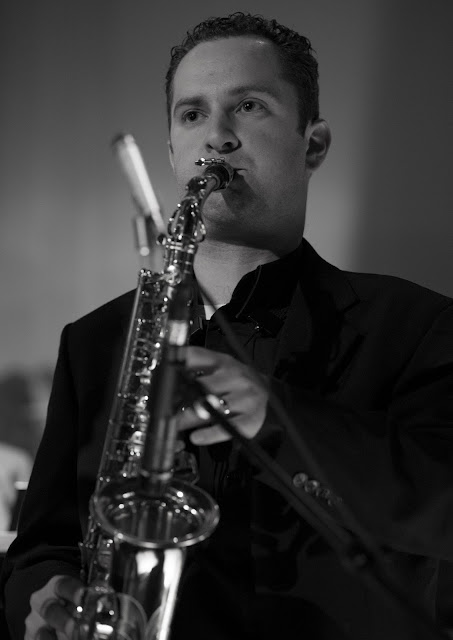 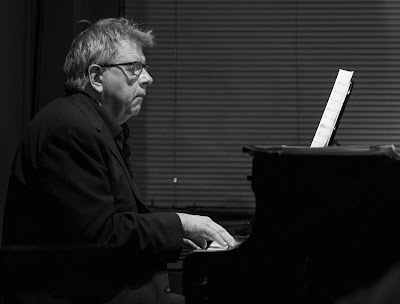 On some songs he was Count Basie and on others, Mary Lou Williams, or Pete Johnson or Jay McShann: versatile pianist Walter Bryant. 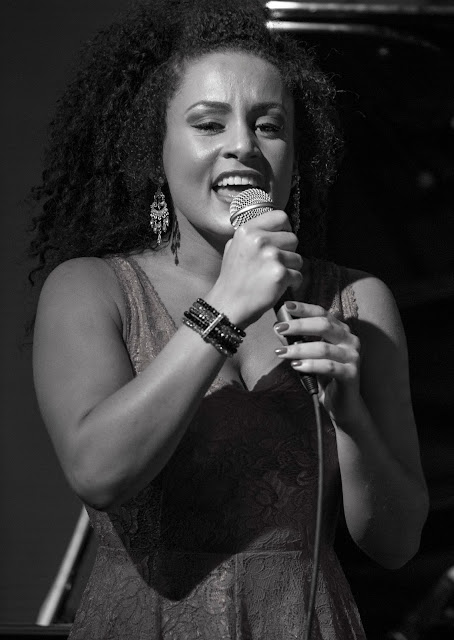