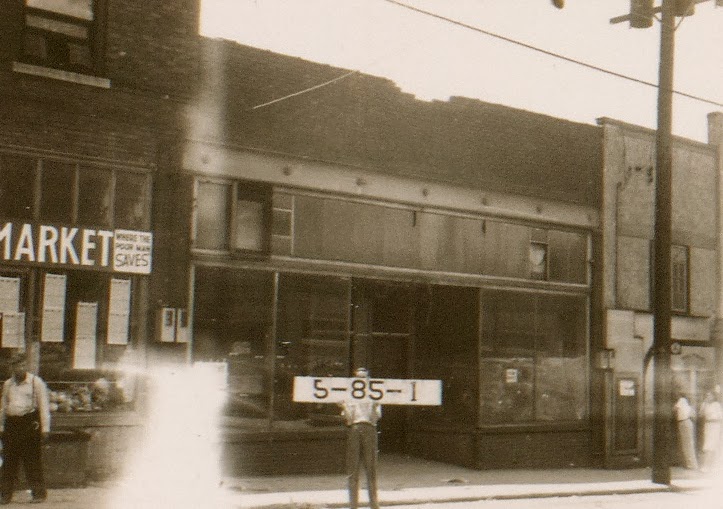 “…We’d go down to the Sunset Club. That was really something – about twelve feet wide and maybe sixty feet long. It was just like going down a hallway….”

“The first time I came to Kansas City I’d never been exposed to anything like was happening then. [At the Sunset Club], Joe Turner and Pete Johnson and Murl Johnson were working together [and] I would go down…the street and listen to Joe sing.

“I had no idea that sometimes he’d be making up the words as he’d go along. The thing that really amazed me was that Joe would keep singing for thirty or forty minutes straight through…. Between times he’d tell Pete to roll ’em and Pete would…roll ’em on piano for maybe ten minutes, then Joe would come back [and] sing ten or fifteen minutes. You know, they’d play one tune and it’d last forty-five, fifty minutes and that was the set. A one tune set…. I’d never seen anything like that….”

“[Joe Turner] was working for Piney Brown at Piney Brown’s Sunset on Twelfth Street with Pete Johnson, playing piano with Murl Johnson, and sometimes Baby Lovett on drums. And they were something. When I heard him that first time, I said to myself, Jesus, I never heard nothing like this guy. He was the blues singer in that town. Anybody who came to Kansas City talking about singing some blues had to go listen to him.”

Producer John Hammond, on his first visit to Kansas City in 1936:

“So there I was [at the Reno Club, hearing Basie’s band] at eight o’clock and I stayed until four that night. Then afterwards Basie said to me, ‘Come on, John, I’m gonna take you to the Sunset.’ I had never heard Pete and Joe at that time. Joe Turner was singing at the bar and Pete was in the back room playing, and while Pete was playing, Joe would be singing. A room apart, and it was unbelievable. Joe’s invention was just endless....”

“…We moved to 1212 Woodland. That’s when I heard a lot of Joe Turner, the famous blues shouter. He was working at Piney Brown’s [Sunset Club] right around the corner on 12th Street. Piney ran the club for Felix Payne, a politician, who owned it. Turner and boogie-woogie pianist Pete Johnson kept rolling out blues till four and five in the morning. I didn’t have to go to the club. It came to me through the windows. Sometimes I’d get disgusted; all that blues shouting and boogie-woogie kept me awake.”

“Piney was like a patron saint to all the musicians. He used to take care of them. In fact, he was like a father to me…. Most all the playing and jamming happened at Piney’s place. Piney was a man, he didn’t care how much it cost…if you needed money to pay your rent, he would give it to you and take you out and buy booze. He was a man you could always depend on for something if you needed it, as a musician.

“…They hired a piano player and a drummer to come on at midnight, but we’d go over there before that and sometimes there’d maybe be ten musicians up on the stand. That was where I first met Prez and Ben Webster….”

“We used to go to Piney Brown’s place on Twelfth Street with Count Basie. He used to play, and there was a little bench. Everybody used to sit on the bench, and whoever was next, they’d go up and play, and they just loved it.”

“Musicians would come in and…sit and talk with their friends. Their instrument would be down at their side. If…they wanted to play, they would just pick up their instrument and play from where they were…. You might hear a trumpet from way over there, or a trombone from way over here. But they always managed to play a background for whoever was playing a solo.”

“The Sunset was not a bucket of blood, but you might see some fighting in it, and you’d have to break out of there….”

In the late 1930s, reformers cleaned up Kansas City. In the late 1960s, urban renewal claimed the last remains of historic 12th Street.

The Kansas City Call building on 18th Street has the same street number as did the Sunset Club. Stop there first to see how far the Call's front door stands from Woodland. Then go to 12th Street and try to picture it. Some eighty years before, right there, stood magic.