At first I thought it was mournful, perhaps becuase of its deliberate pace, but that's wrong. The opening tune of Bob Bowman’s new CD, Songs for Sandra is a statement of respect. The Very Thought of You, a musical conversation between Bowman on bass and Laura Caviani on piano, like friends in a living room tossing stories back and forth, evokes a feeling of delicately smiling at a memory. 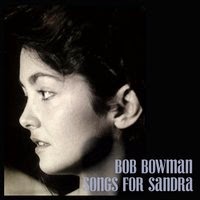 Bowman lost his wife Sandra last year. This album remembers her through music of grace and joy.

Take guitarist Danny Embrey's composition, Another Time. Solos by Embrey, pianist Roger Wilder and Bowman build from a quiet playfulness to shaking your head with delight, and with respect. There’s an abundance of delight here. Bowman’s composition, Sandra’s Gait, conjures an image of someone who doesn't walk but jauntily skips through her day. Wilder’s song, Street Cartwheels, musically paints a picture of friskiness and mirth. The final number, Caviani’s Sandra in the Flinthills, brings the CD to a close with a tender gracefulness.

Bowman is joined by some of Kansas City’s best musicians. Besides Wilder and Embrey, numbers include guitarist Rod Fleeman and drummer Todd Strait. Singer Karrin Allyson and drummer Eliot Zigmund are among the contributing guests.

This is not a somber CD. It sketches a portrait with deference but, more than that, with an abundance of glee. I saw Sandra at many of Bowman’s performances. I can’t say that I knew her. But after smiling through this CD, I wish I did.

Songs for Sandra is available on CD Baby here.

I praise Kansas City’s jazz musicians regularly for their performance, but don't recognize often enough their stellar compositions. I heard it Saturday night, as Rich Wheeler’s group performed music by T.J. Martley and Bill McKemy. You hear it on the new releases from Diverse and The Project H. You hear it on numbers on Bob Bowman's new CD, as mentioned above. 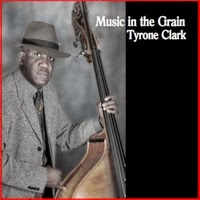 And throughout Tyrone Clark's new CD, Music in the Grain, you delight in intriguing, sometimes complex but always captivating original compositions, performed by some of the finest musicians playing jazz in Kansas City today.

The opening track, Hello Alaadeen, pays tribute to Clark’s mentor, Ahmad Alaadeen, starting with guest Bobby Watson’s saxophone then smartly building with Charles Gatschet’s guitar, Joe Cartwirght’s piano, Michael Warren's drums and Clark's bass. It swings in a slightly perverse yet highly inviting way. Fay Fay swings like Basie, opening with Clark’s playful bass and Warren’s driving drums, before Gatschet’s guitar and Cartwright’s piano join the party. The celebration jumps into Temptations-style funky soul on Midwest Girl with Everett Freeman’s keyboards and Watson’s sax peppering the mix. Nutty Peach turns the funk up a notch. Guitar blithely soars over vibrant rhythm on Traveling and Brazilian Dance, with a sway of funk returning to the attitude on Drive Thru. The pace is reigned in a bit on the last two numbers, a contemporary ballad and a gospel with an attitude.

Music in the Grain is available on CD Baby here and on iTunes here. The official CD release party is this Thursday, December 11th, at The Blue Room.