This is what you could hear for a five dollar cover charge in a Kansas City suburb on Saturday night:

At Take Five Coffee + Bar, Clint Ashlock on trumpet, Michael Shults on alto sax, Brett Jackson on tenor sax, Andrew Ouellette on piano, Ben Leifer on bass and Matt Leifer on drums are playing the music of Art Blakey’s Jazz Messengers. They’re proving that some of the most talented young musicians in jazz today are living and performing in Kansas City.

Then Bobby Watson - whose career took off as one of Art Blakey’s Jazz Messengers - walks in and joins them.

Jazz just doesn’t get much better than this. The evening ended with a standing ovation.

Think about that. Jazz with Bobby Watson, a standing ovation, in a coffee shop in Overland Park, Kansas, for five dollars.

If you missed it, kick yourself.

But before you do, enjoy a sampling of how it looked. As always, clicking on a photo should open a larger version of it. 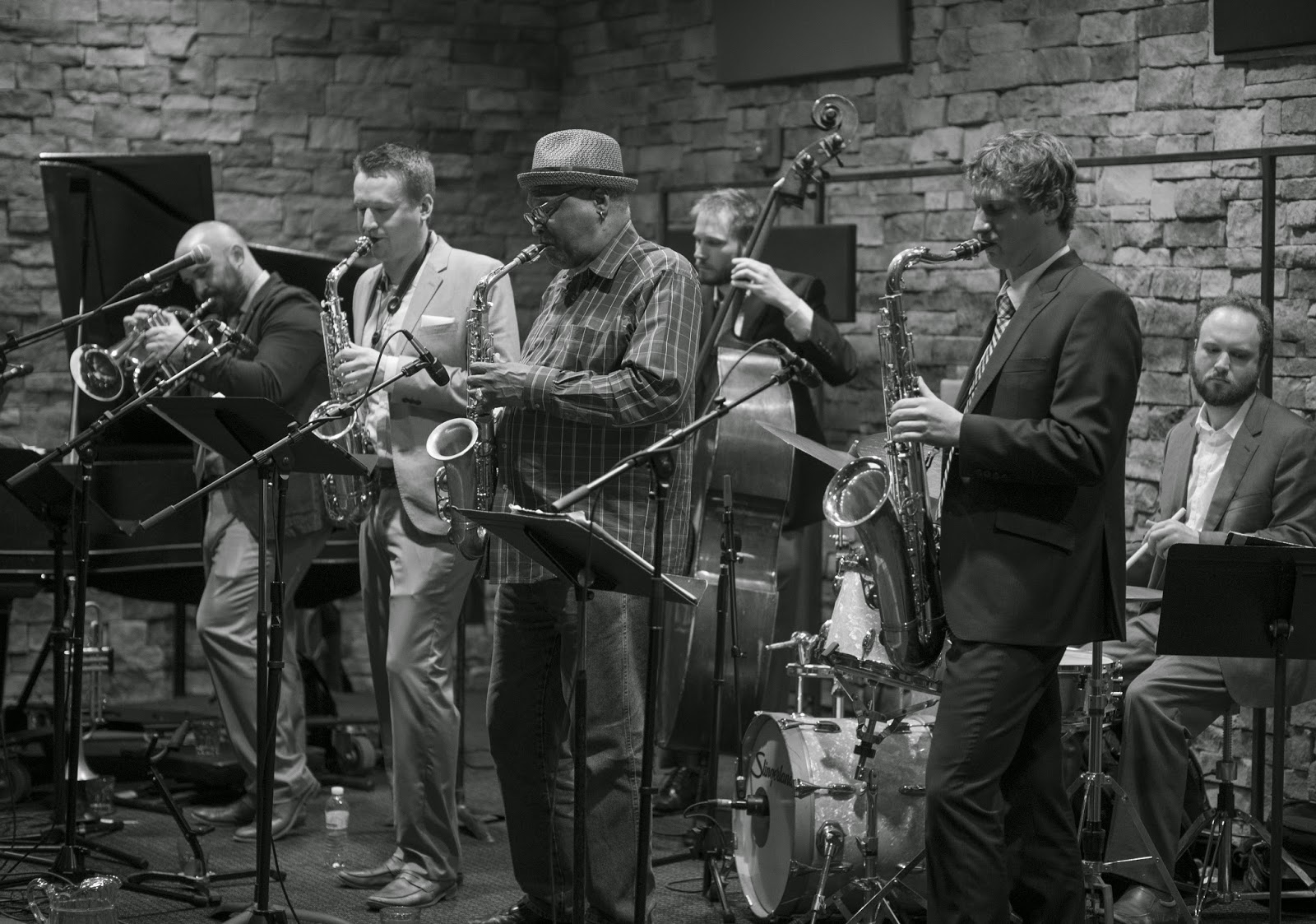 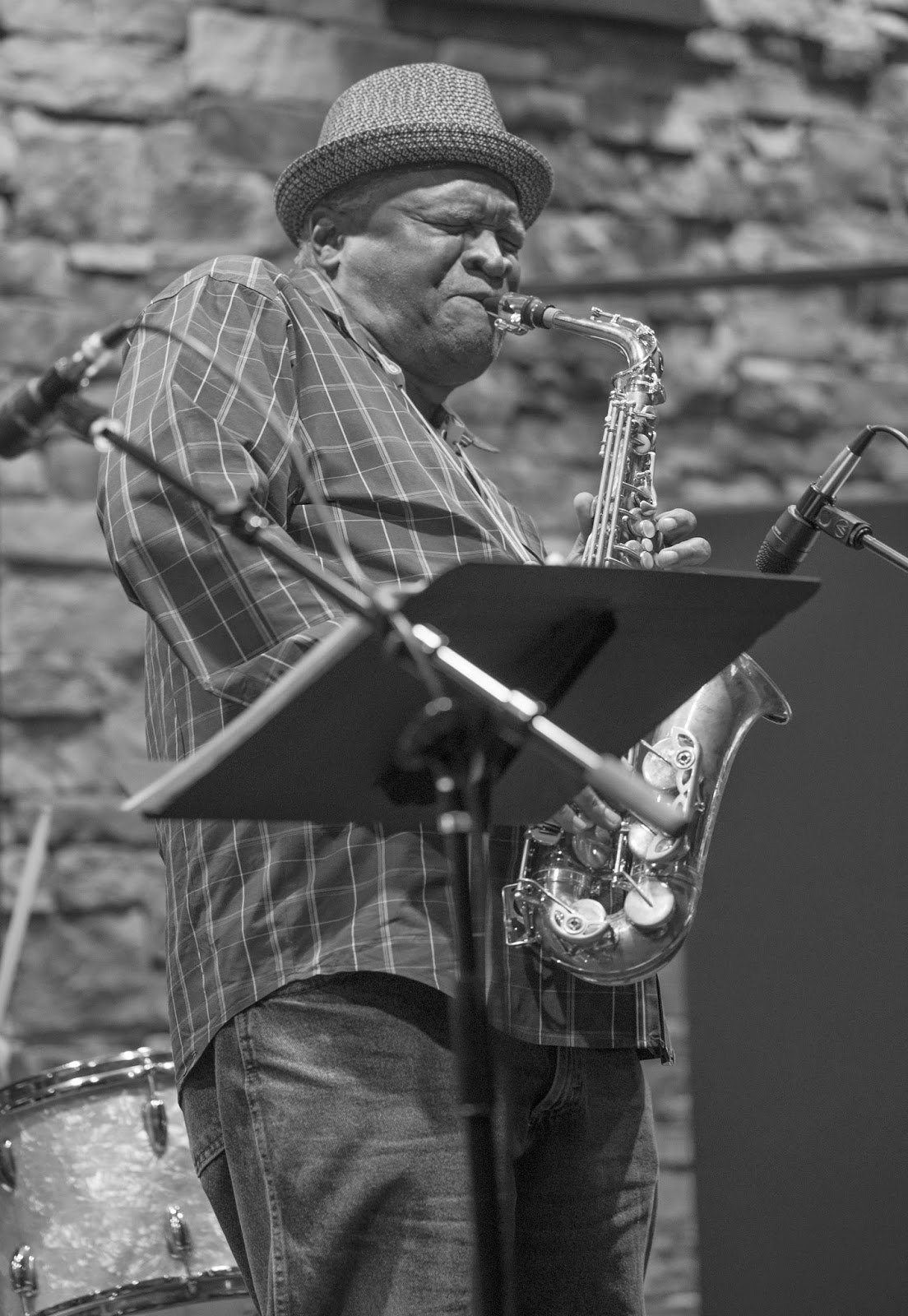 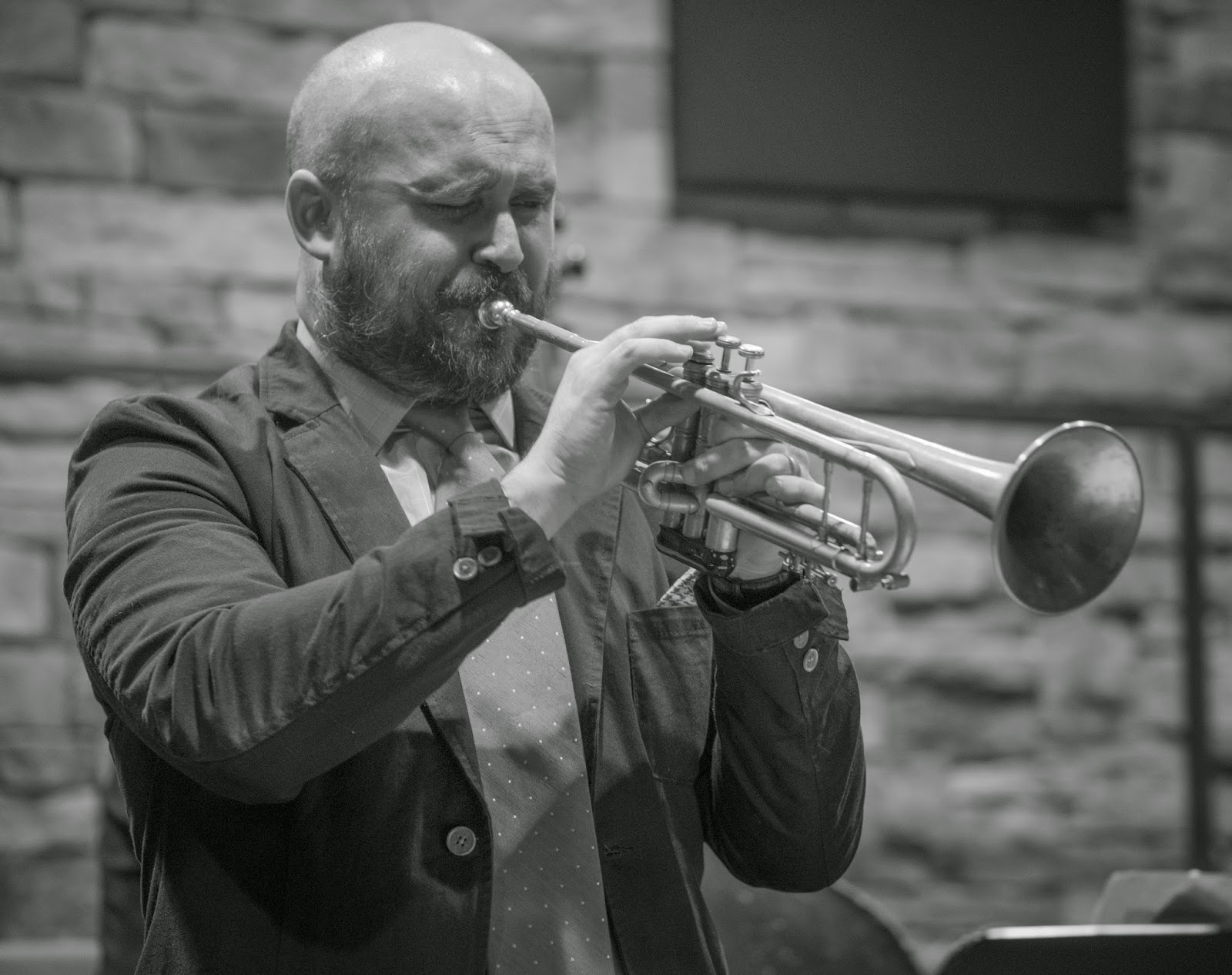 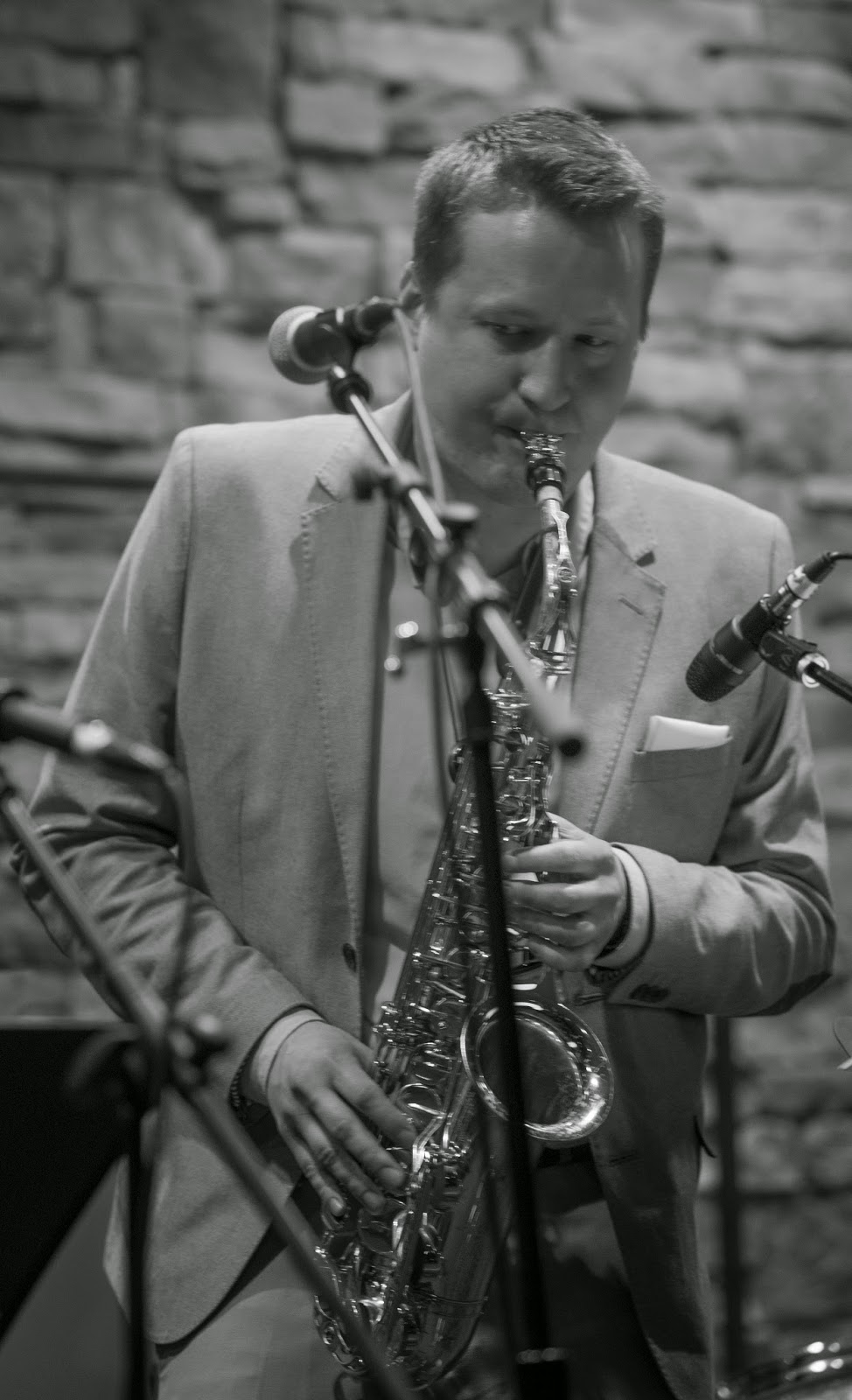 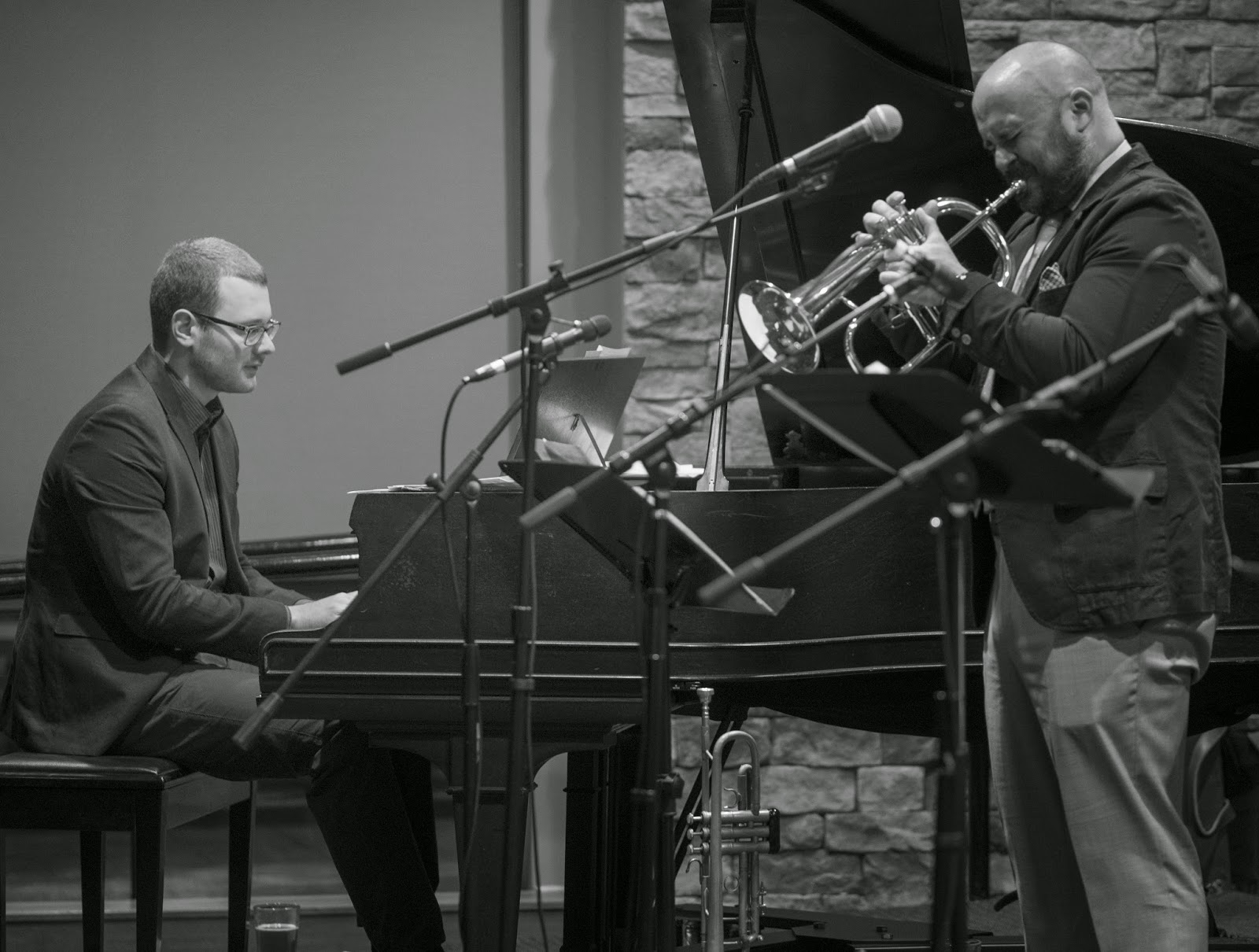 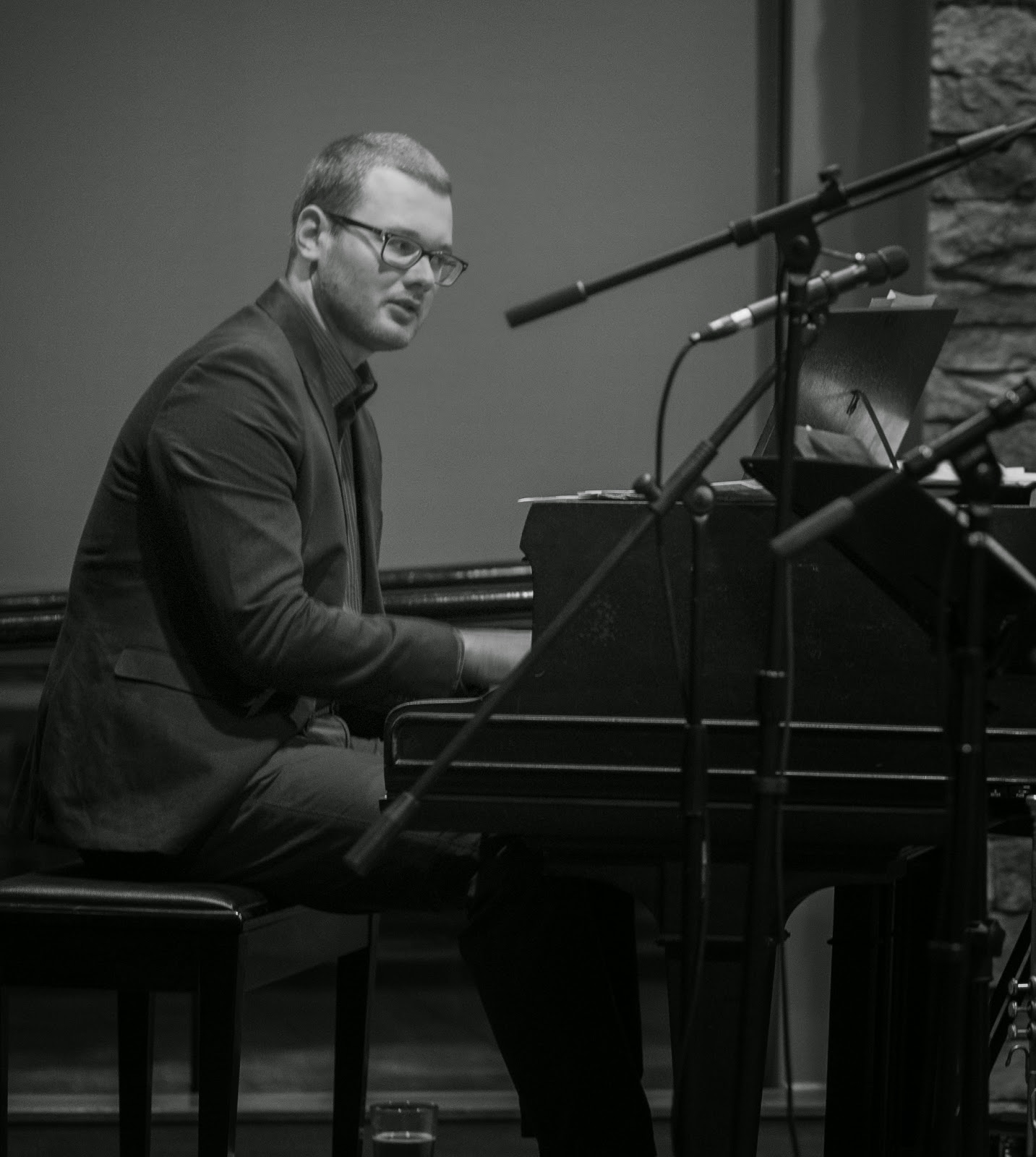 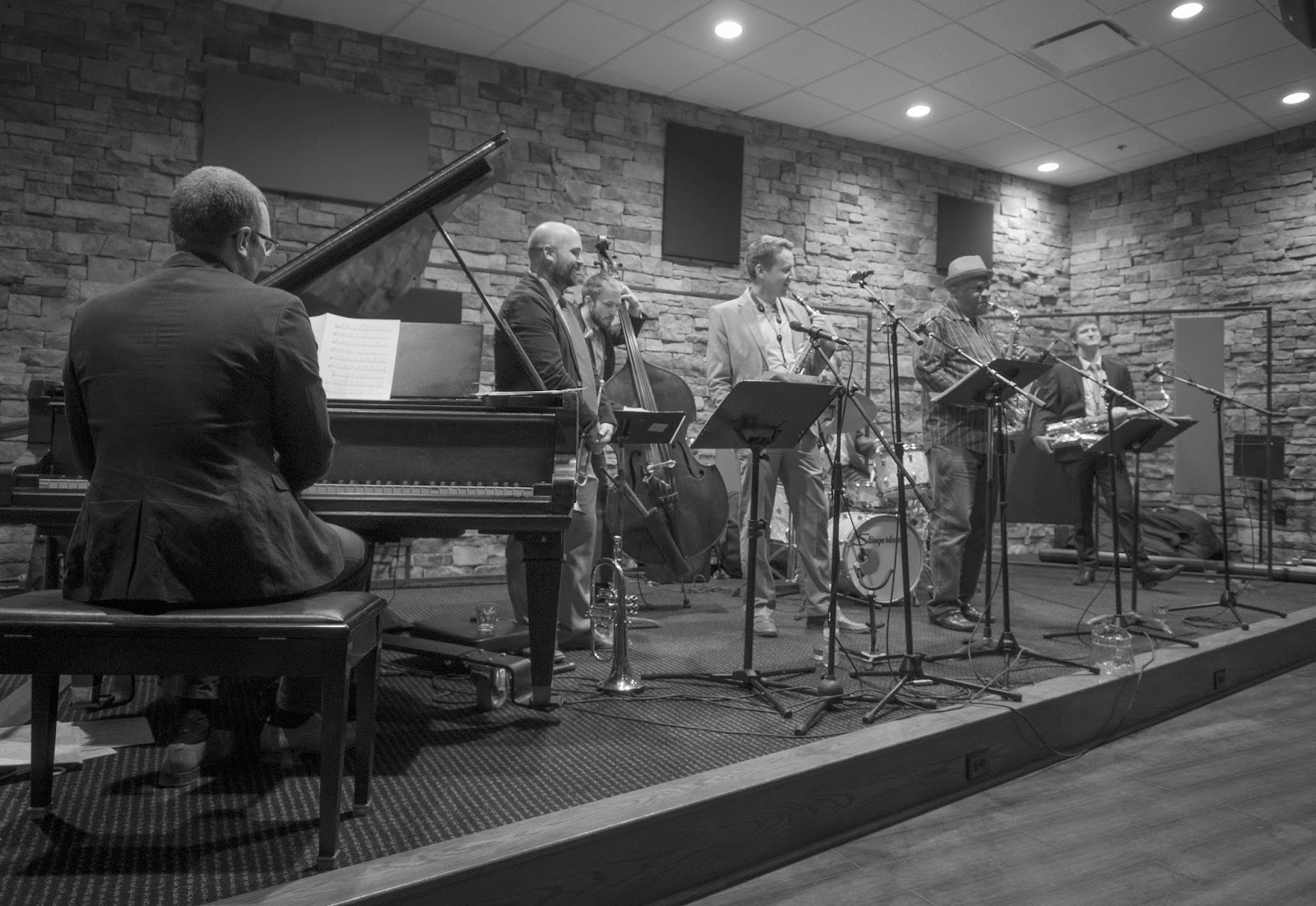 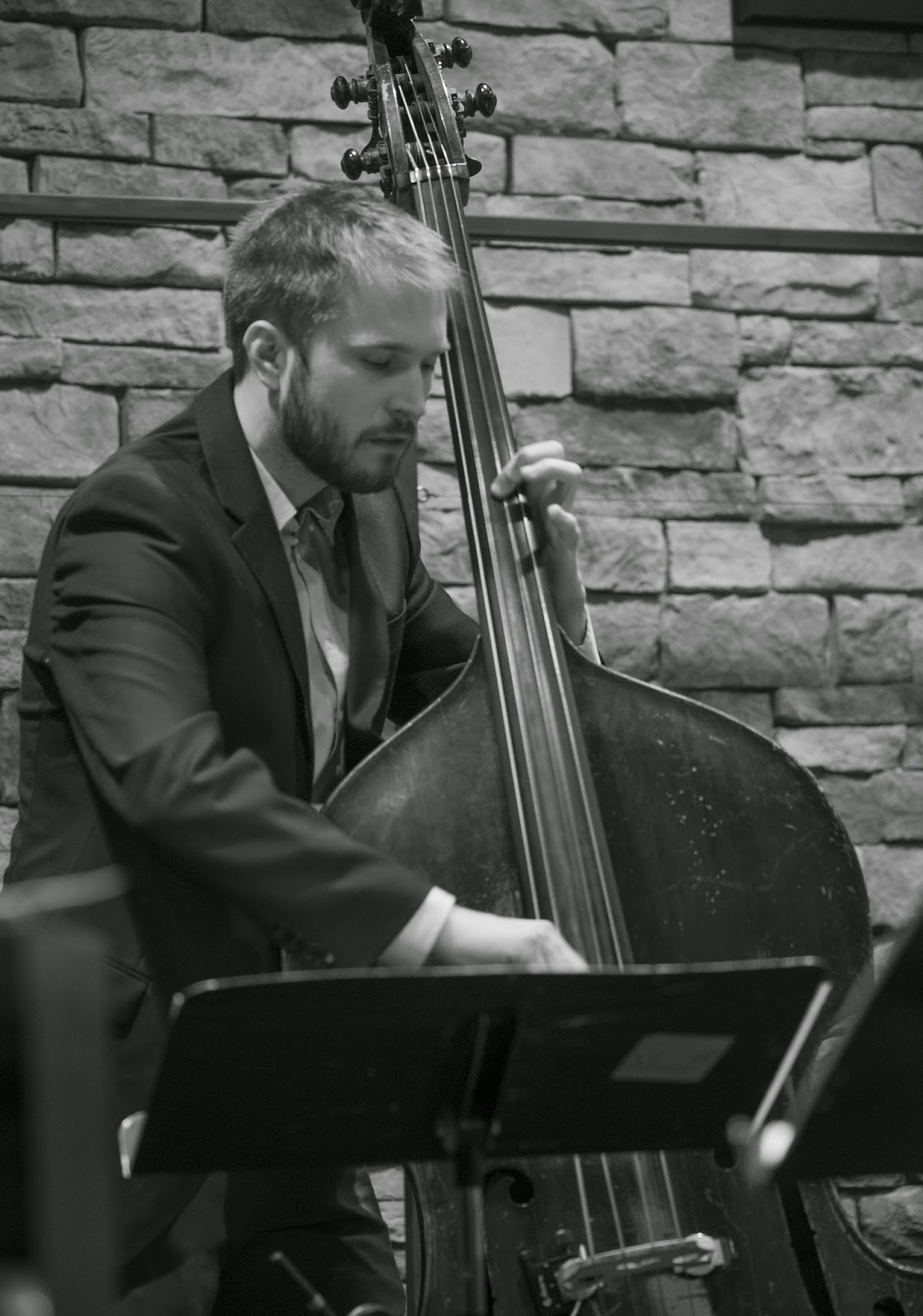 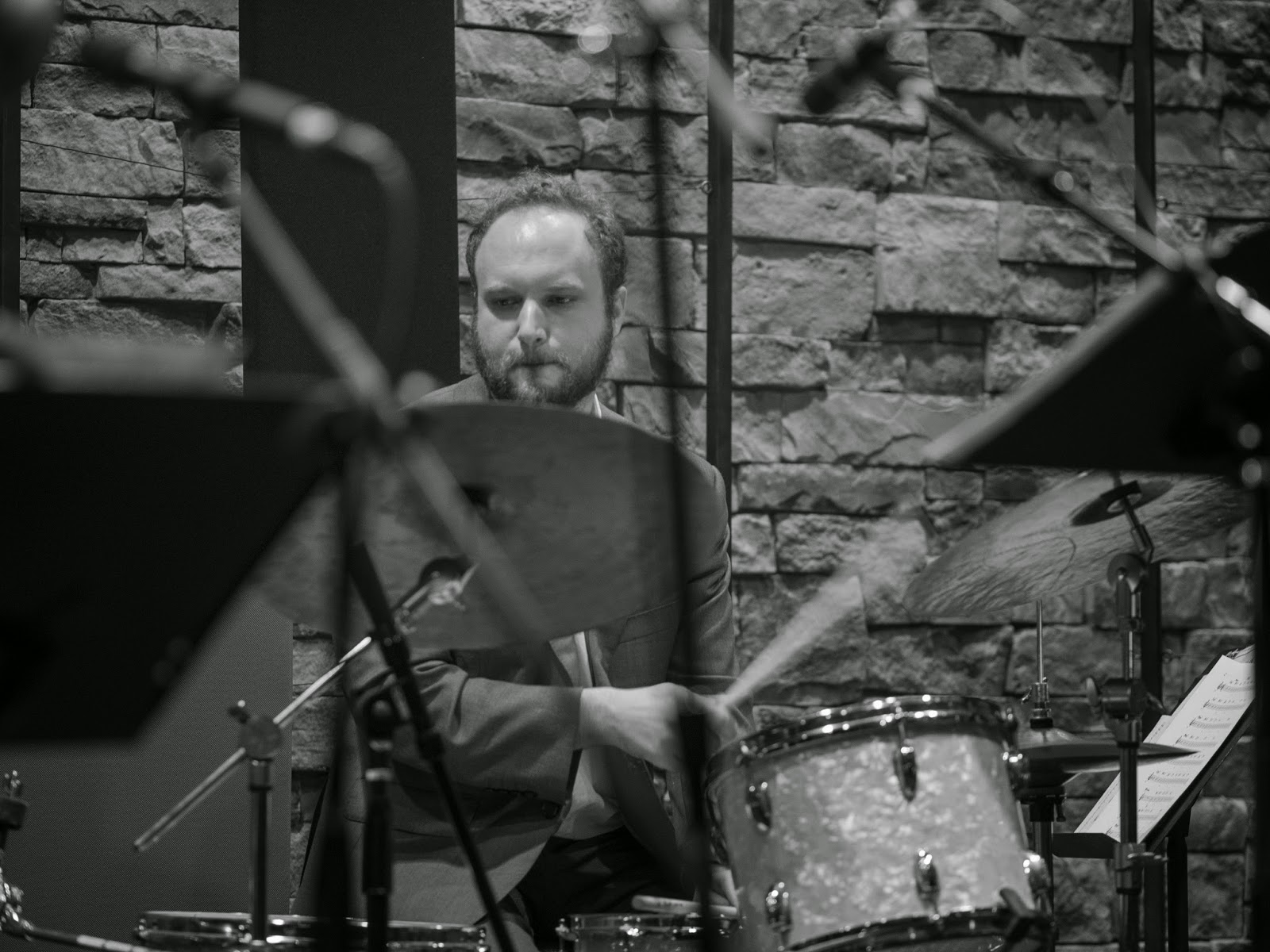 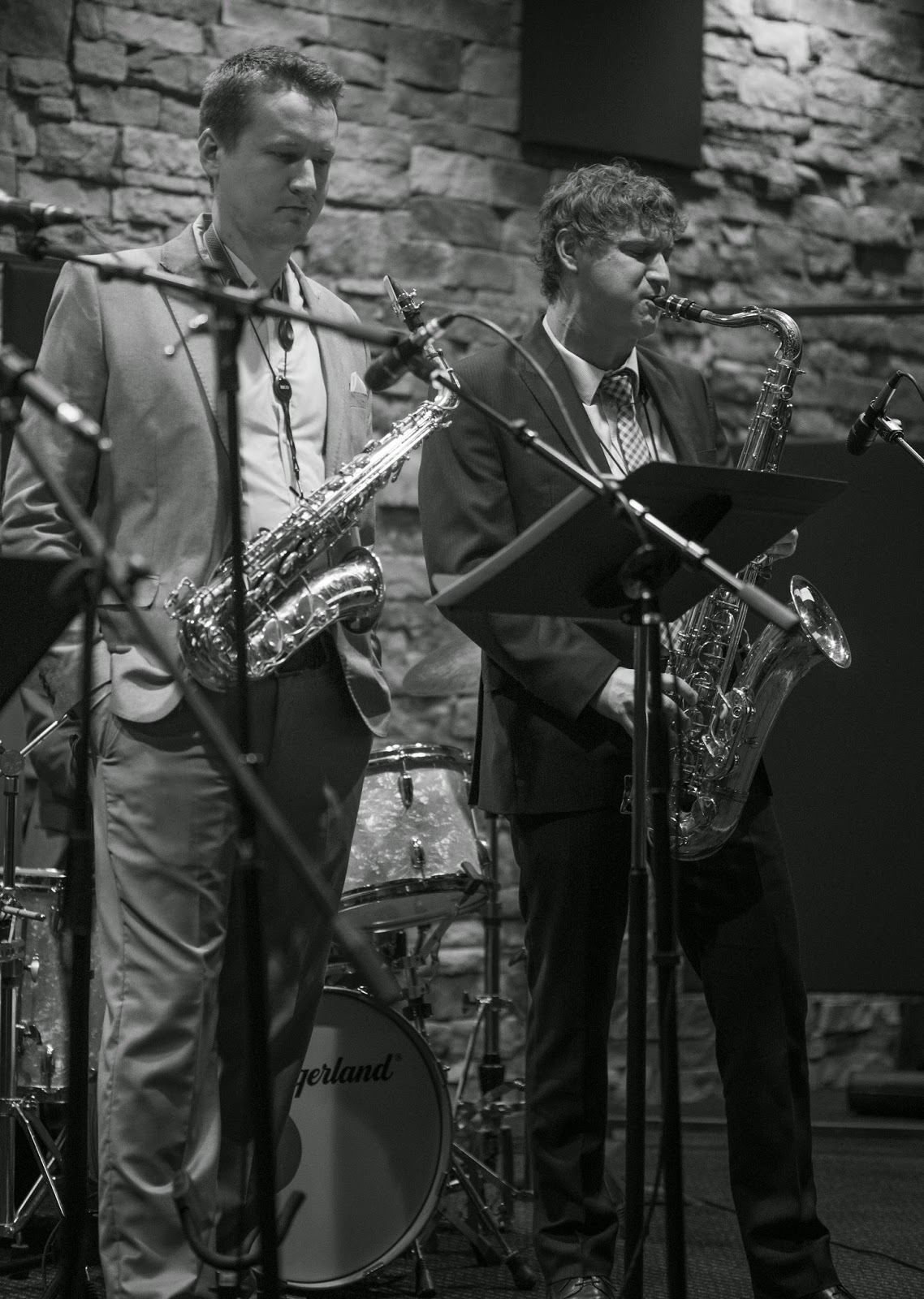 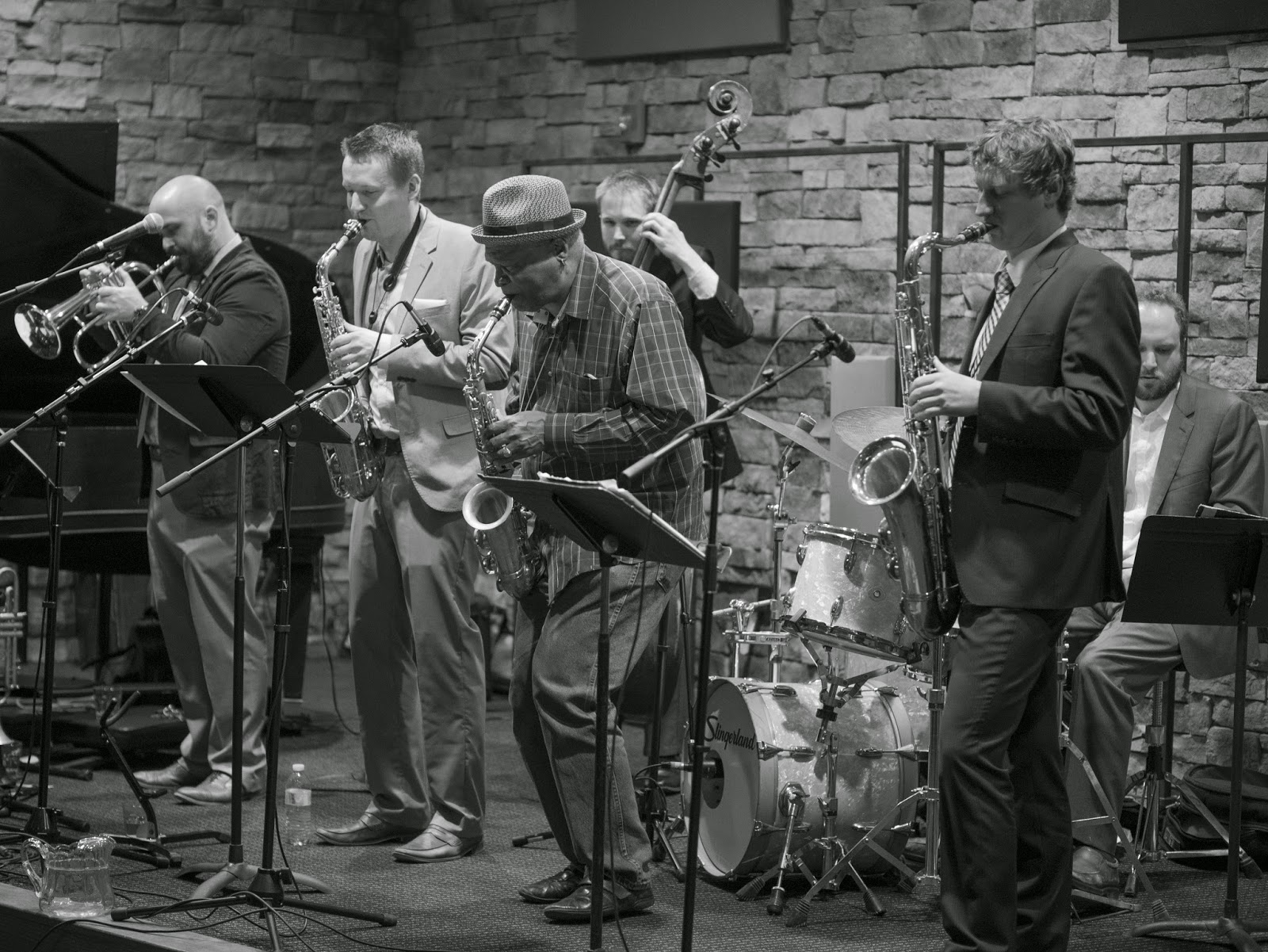 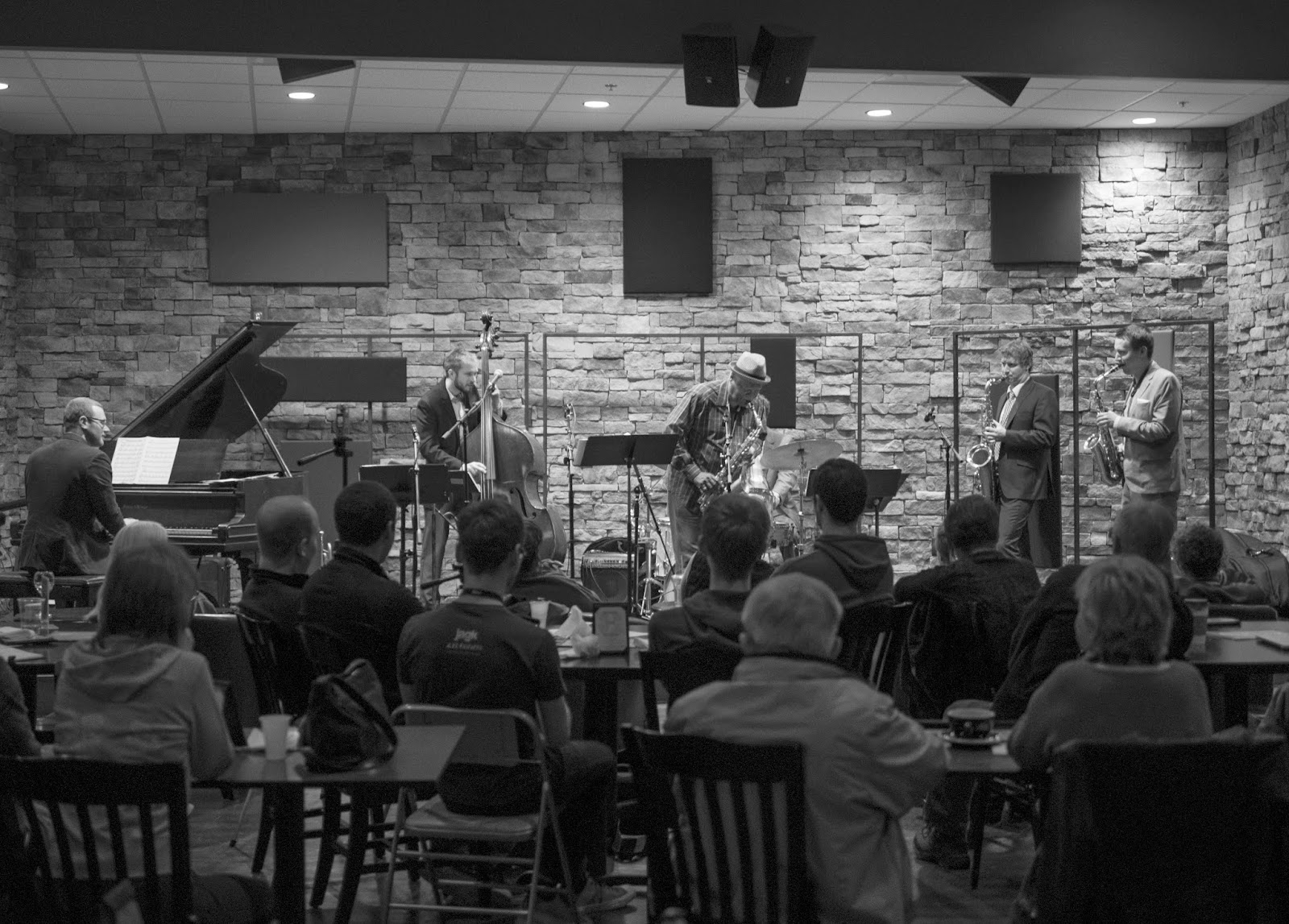