Molly Hammer and Samantha Fish at Jazz in the Woods

The most integrated place in the Kansas City area last weekend was Corporate Woods.

In 1984, the organizers of The Kansas City Jazz Festival chose Volker Park, just south of the Nelson-Atkins Museum, as the site for that outdoor festival in part because it was near the city’s then more sharply defined racial dividing line of Troost. An underlying hope was that the music could bridge some of this city’s legacy barriers with fun and celebration.

Jazz in the Woods last Friday and Saturday was proof. More than three decades after the Kansas City Jazz Festival started with lofty, idealistic goals, people mingled and laughed and danced and loved music together as if that’s how all of Kansas City always was, everywhere.

This past weekend, near College Boulevard and Antioch, tens of thousands of people gathered. Some were in strollers, a few walked with canes. It was probably four times the best attendance of the 18th and Vine and Prairie Village jazz festivals combined. Tens of thousands of dollars of profits were generated for charities. You can argue whether the range of music presented truly fits a jazz event. But in its 26th year, by every other measure, Jazz in the Woods is clearly the area’s preeminent jazz festival.

I captured some photos Saturday evening of Molly Hammer’s and Samantha Fish’s sets. They’re below. As always, clicking on an image should open a larger version of it. 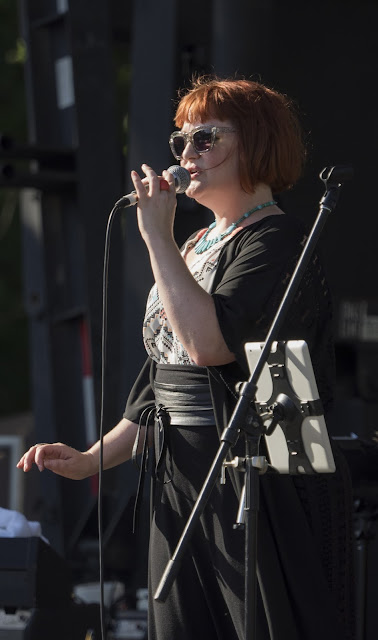 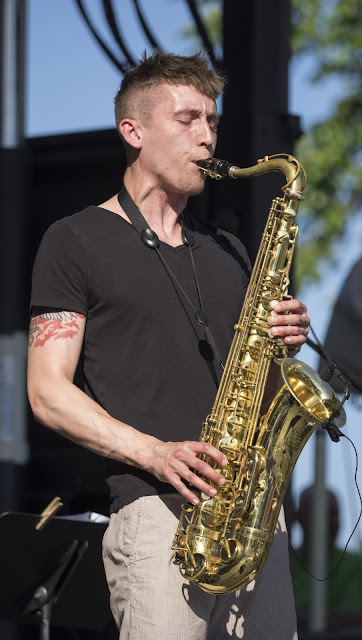 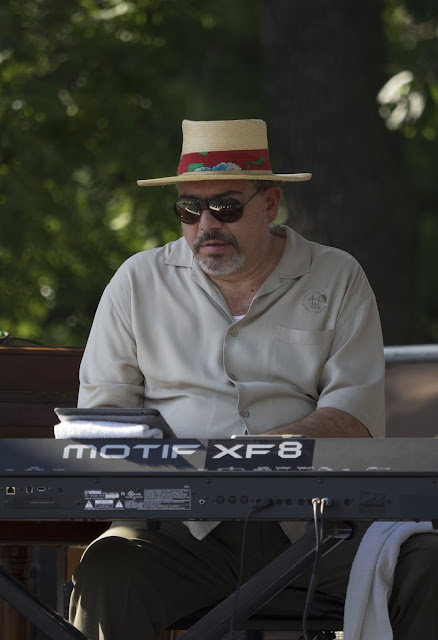 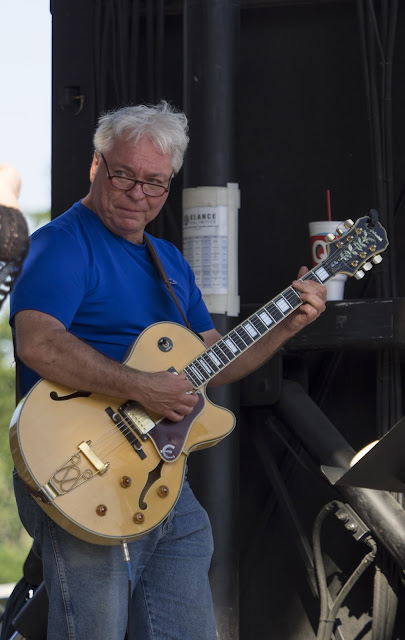 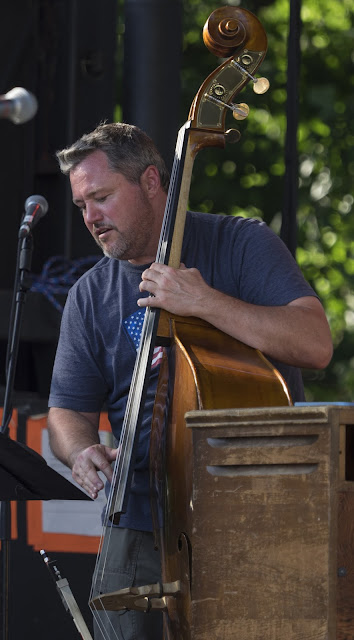 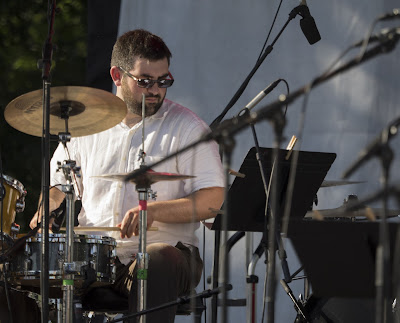 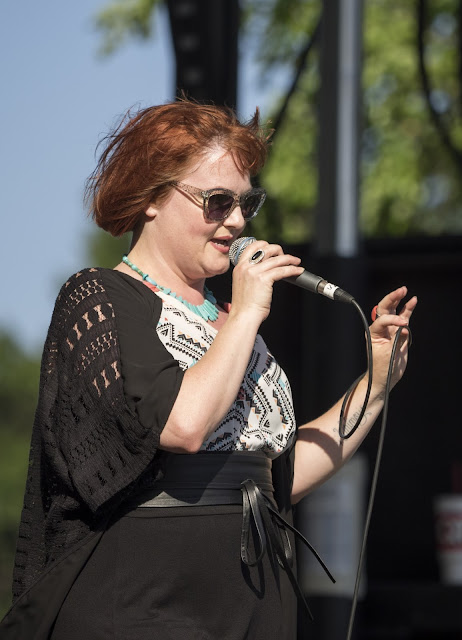 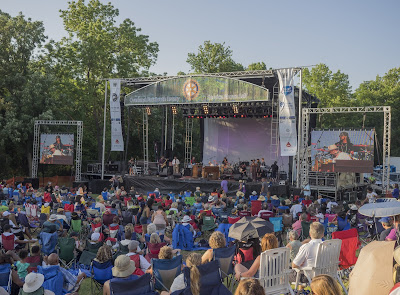 Samantha Fish sings blues, not jazz. I don’t care. Her dynamic performance stole Corporate Woods. Any time she’s dominating another jazz festival in Kansas City, look for me there. Go-Go Ray was her drummer. I didn’t catch the name of her bassist (if you know, email me and I’ll update this post). 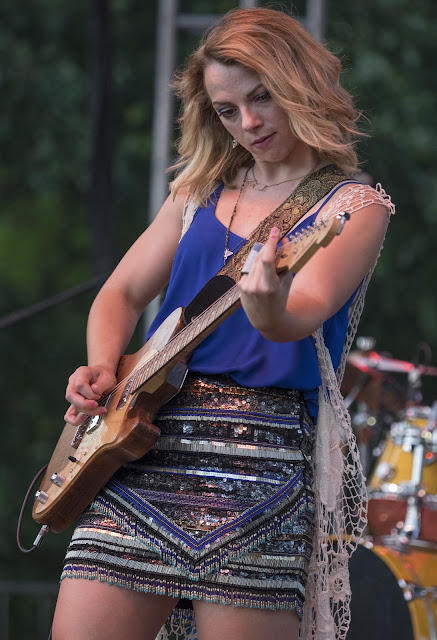 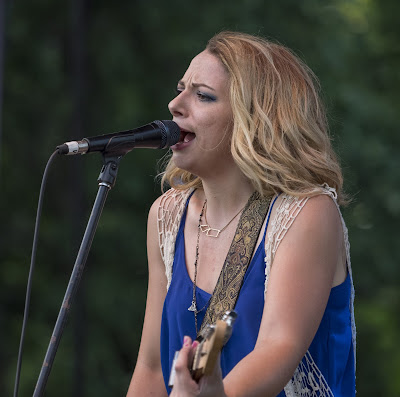 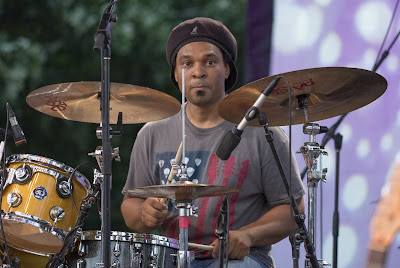 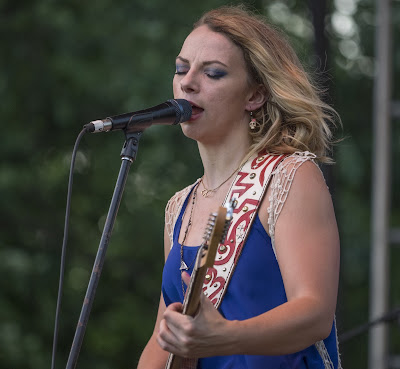 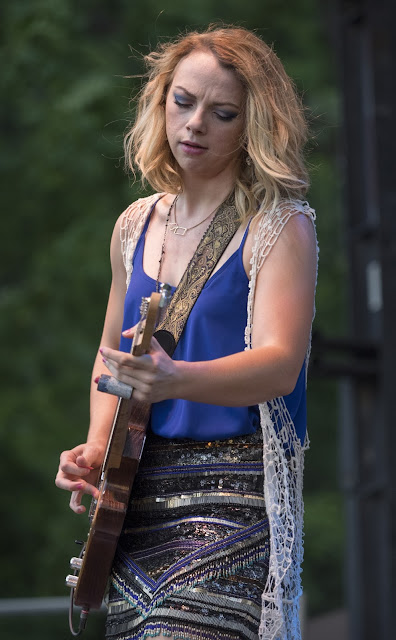 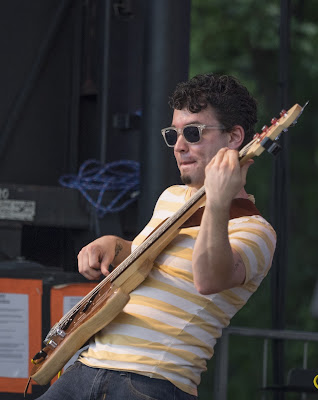 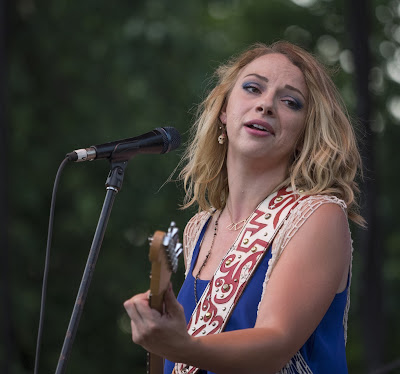 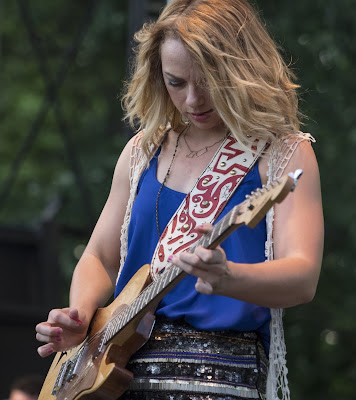