In Lieu of 1000 Words: The People's Liberation Big Band

This is not your daddy's big band. Though there's at least one similarity: Listening to these guys is a helluva lot of fun.

Go to the Record Bar each month to hear The People’s Liberation Big Band of Greater Kansas City, and you might see a head-lamped saxophonist walking the crowd, playing, and accompanied by a cellist. You might hear an opera singer vocalizing. You might hear musical nursery rhymes, 2010 style.

You will hear wonderful music.

Because first and foremost, The People's Liberation Big Band of Greater Kansas City is a collection of outstanding musicians assembled by Brad Cox to play modern big band compositions, including a fair number of his.

Take those nursery rhyme numbers, for instance. This is not music with which to put the kids to sleep. This is not Jimmy Rushing singing Stop Beatin' Around the Mulberry Bush with the Count Basie Orchestra. These selections are closer in sensibility to Fractured Fairy Tales than to Little Bo Peep.

For this big band, think Mingus before you think Basie. Think Mingus then take it a step further.

And that next step is a mix of eccentricity, experimentation, excitement and fun. Think no fear of stepping to a musical edge while rooted by a professional jazz base. That's what musicians this good bring to the stage. Look, I'm not particularly a fan of jazz which gets too far out there. But anyone can tell these guys are having a ball, and that playfulness, through skillful sections and expert solos, projects to the audience. With this music, even I loosen up and revel in the delight.

You can revel, too. It was a delightful and relatively tame night on November 7th when The People’s Liberation Big Band of Greater Kansas City celebrated their first CD release at the Record Bar. Five of those nursery rhymes start the disk, so if you don’t yet grasp what this group is about, you just need to listen. You can find the CD here.

And you can grasp a look of what it was like at that release gig and again last week, December 5th, from the photos below. As always, clicking on a shot should open a larger version of it. 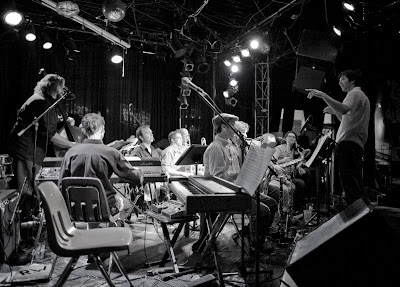 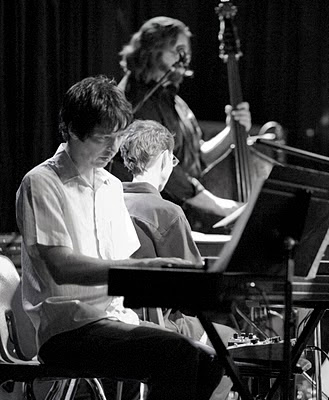 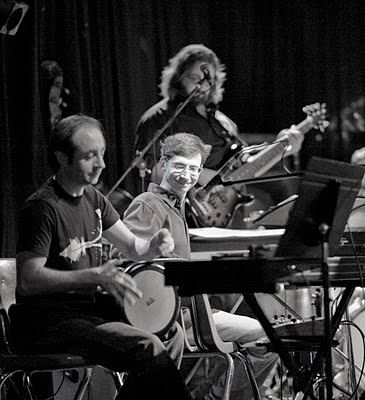 Sait Arat of the group Alaturka sat in on darbuka. Roger Wilder watches. 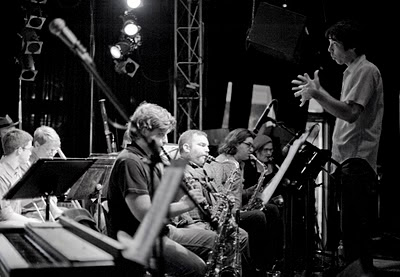 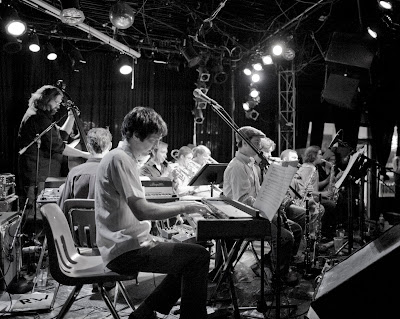 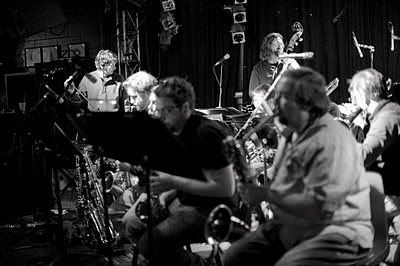 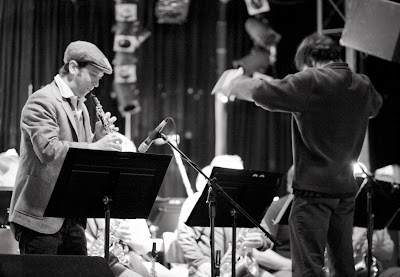 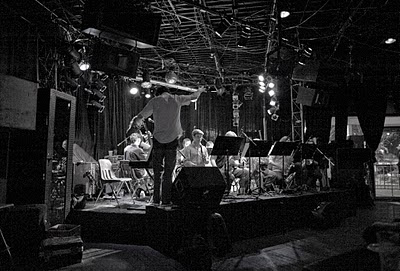