In Lieu of 1000 Words: Diverse Trio at Winterlude

They shrunk Diverse. Then they started popping up all over over the place.

I suppose it’s inevitable that, as schooling ends for a band formed in college, members take divergent paths. It happens even if that band won a competition and recorded a CD which rose impressively in the jazz charts. That’s the course Diverse, which I photographed previously (here), took. But when bassist Ben Leifer returned to town for a visit in January, he and trumpeter Hermon Mehari and drummer Ryan Lee reunited as a sort of mini-Diverse. Or, as they call themselves, Diverse Trio.

And reunited, they were playing all over town. I caught them at R Bar on a Thursday night, at Jazz Winterlude on Saturday, with Harold O’Neal at The Blue Room on Monday. They also had a Saturday show at Jardine’s, anchored a jazz/hip-hop show the next Wednesday, and probably had other gigs I didn’t hear about (I don’t know if they do weddings or bar-mitzvahs).

I must admit, I had doubts about a trumpet, bass and drum trio. The idea struck me as likely to result in a sparse sound. And in less skilled hands, no doubt it would. But Ben’s bass solos, as good as he was before he moved to New York City, have grown in depth. Ryan’s drums fill the spaces. Hermon’s trumpet carries the melody then investigates new places. The familiarity as musicians these guys hold with each other propels this trio to a fullness I didn’t expect.

(However, Harold O’Neal’s piano brought depth and an additional dimension to the music, especially the way Harold and Ryan, then Harold and Ben, played off each other. I want to hear Diverse Trio plus Harold O’Neal again, soon. Can somebody make that happen?)

Students were in the crowd at Jazz Winterlude, January 22nd in Polsky Theatre, taking a break from their educational sessions to hear pros not all that far from their age. Their enthusiastic applause and wonder in their eyes said this show had an impact. Below are photos of just how that Winterlude set looked. As always, clicking on a photo should open a larger version of it. 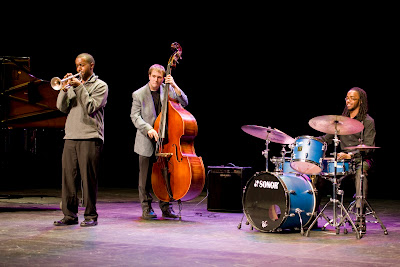 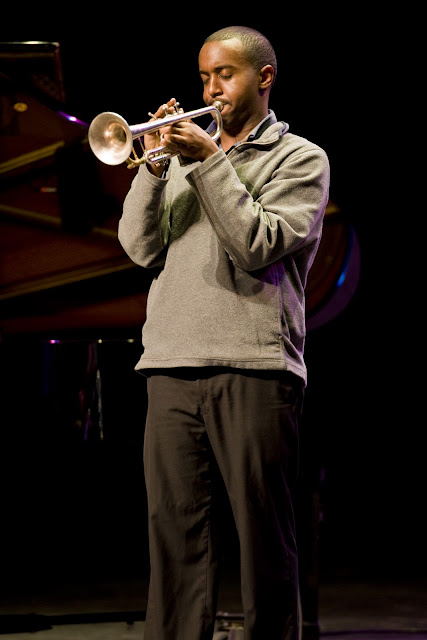 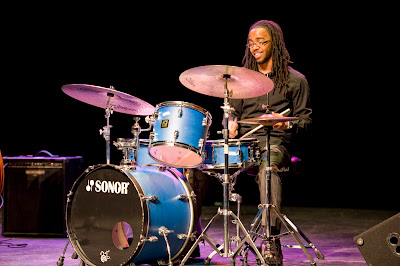 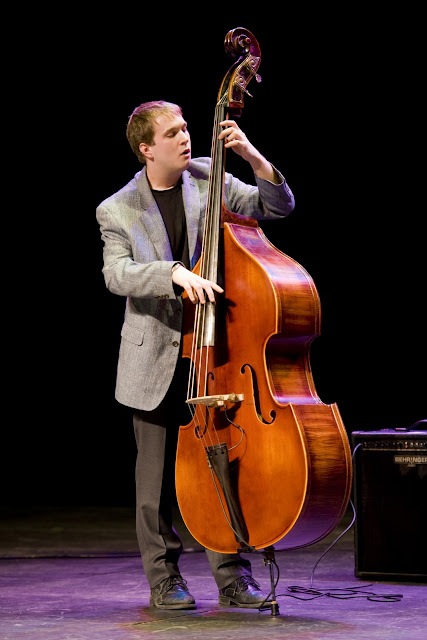 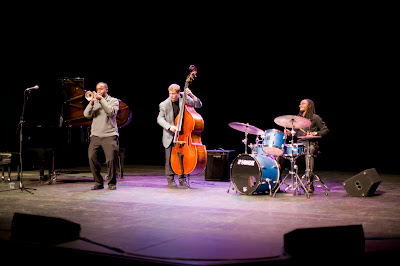 Diverse Trio, on the Polsky Theatre stage at Winterlude 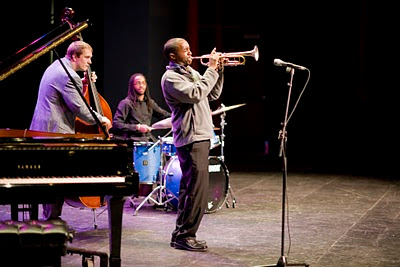 Hermon on trumpet, backed by Ben and Ryan 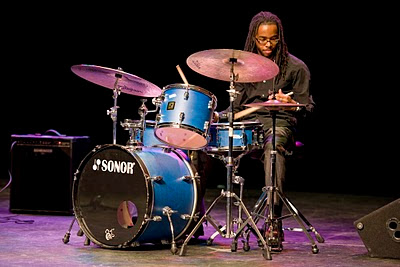 Ryan drums (he has since cut his hair and looks nothing like this.) 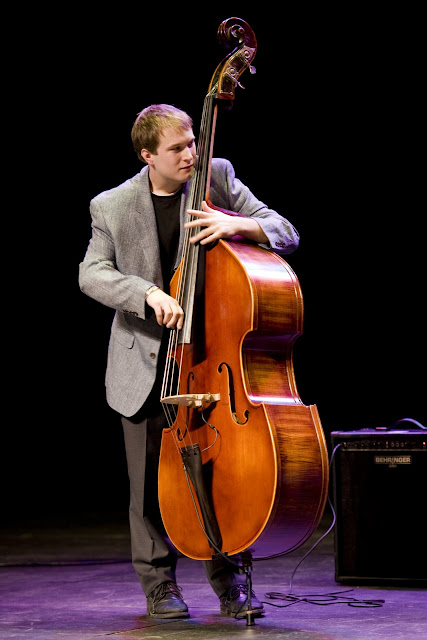 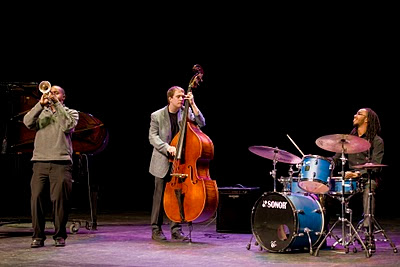