In Lieu of 1000 Words: Bram Wijnands Trio at Winterlude

I first saw the name Bram Wijnands on the 1994 CD, Stand By. I bought the CD because it featured the wonderful KC vocalist Richard Ross. Bassist Lucky Wesley and drummer Tommy Ruskin were well known. But who was the pianist on this CD? Who was the kid who, on the insert photo, looked like a young Harpo Marx?

Whoever he was, on that CD he was a helluva a piano player.

Still is. According to his bio, Bram Wijnands, born in Eindhoven, the Netherlands and graduated from Hilversum Conservatory in the Netherlands, moved to Kansas City in 1991, which places him here now for 20 years. His style of barrelhouse piano, boogie woogie, is unique in Kansas City today but fits in this city which was home to Pete Johnson and Jay McShann,

I make no secret that it was discovering the outstanding young jazz talent populating Kansas City today that inspired me to start this blog. But I’ve overlooked too often the greats who have kept jazz swinging here for decades. Bram is one of them. So are the other two members of this trio.

I first heard Rod Fleeman’s name when I was helping to stage jazz festivals in the 1980s. There was a terrific young guitarist in town, that was the word then going around. But when I got to know him was on his gig every Tuesday with Karrin Allyson at The Phoenix in the 1990s. Whether helping anchor the rhythm section of The Kansas City Jazz Orchestra or thrilling the audience with a solo as part of a trio, Rod Fleeman is an anchor of the Kansas City jazz scene.

As is drummer Tommy Ruskin. It’s probably quicker to name the jazz stars Tommy hasn’t backed. But if I mention he was part of Marilyn Maye’s group during her KC years, or in Pete Eye’s Trio at the Playboy Club, or that he organized the rhythm section for the Friends of Jazz series (which pre-dated the Folly jazz series), you know we’re talking top-tier drumming which KC is lucky to still enjoy.

So, Bram plus Rod plus Tommy, together on the Polsky Theatre stage for Jazz Winterlude, equals jazz about as good as it gets. You can hear them together some nights at The Majestic (check The Majestic’s calendar, linked in the column at the right). As far as how they looked on January 21st, we have a record of that below. Clicking on a photo should open a larger version of it. 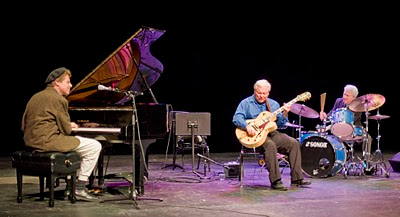 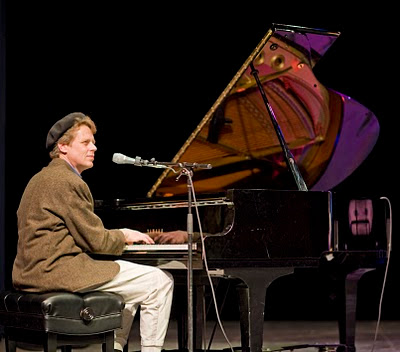 Bram Wijnands at the piano 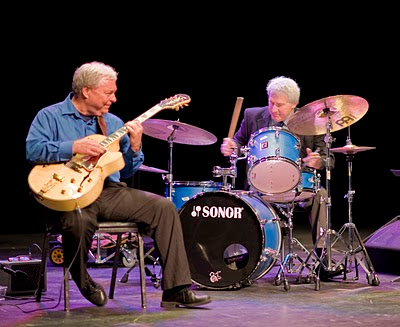 Rod Fleeman on guitar and Tommy Ruskin on drums 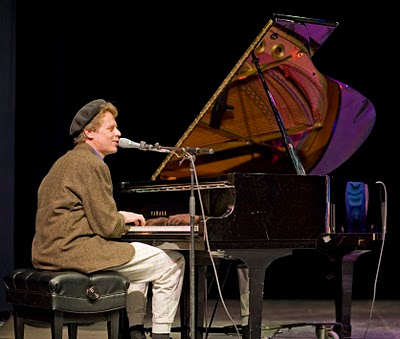 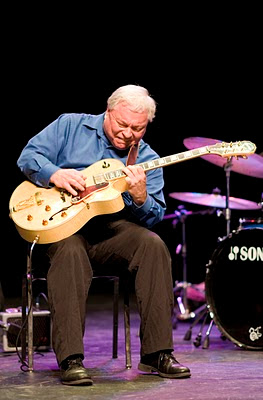 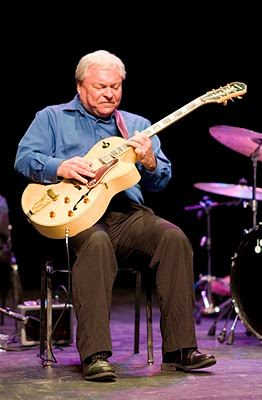 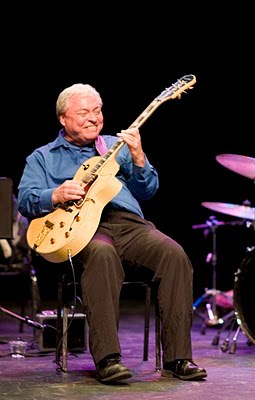 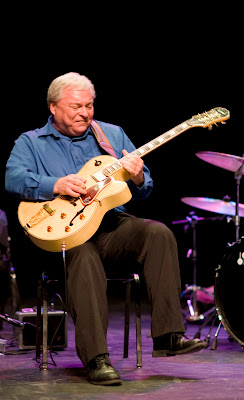 When he solos, Rod can be, um, expressive 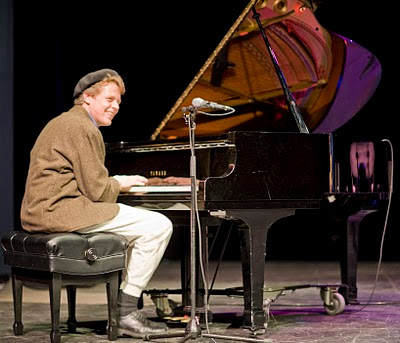 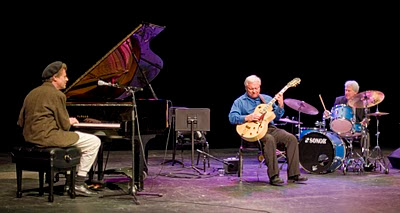