Name a jazz big band with a score-in-waiting for the silent film Battleship Potemkin. Go ahead, name one.

Okay, I’ll name it for you: The People’s Liberation Big Band of Greater Kansas City.

I’ll give you a hint: It’s the same jazz big band which performed selections to scenes from the silent film Battleship Potemkin at The Record Bar before a couple hundred people on International Workers Day, May 1st.

If you’re thinking this jazz big band show must have been half crazy, well, that’s part of the fun. And I think it’s more than half.

I’ve pictured The People’s Liberation Big Band of Greater Kansas City before (here). The whimsy behind some of the best big band music you’ll hear – best because of the outstanding talent taking that stage – makes their first Sunday of the month shows some of the most anticipated in Kansas City. Especially twice a year when they add special guests and features for jazz shows like none other you’ll find around here.

Maybe you had to be there for this to make sense. So let’s try this: Take a glance at the scenes below from The People’s Liberation Big Band International Workers Day show. It was as wonderful as it looks (as always, clicking on a shot should open a larger version of it). 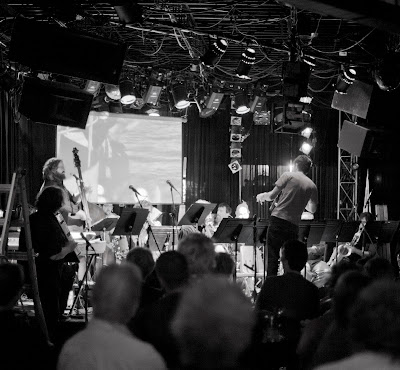 The People's Liberation Big Band of Greater Kansas City, directed by Brad Cox, playing portions of their score to the silent film Battleship Potemkin. They have a complete score ready if a theater would show the film. Anyone? 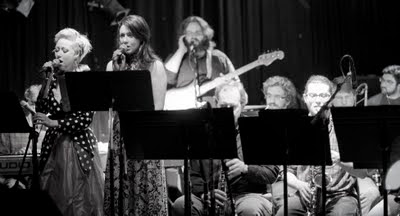 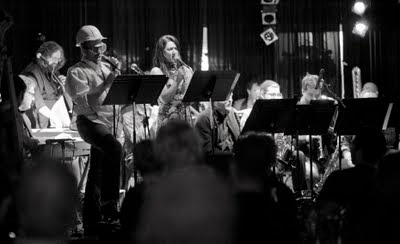 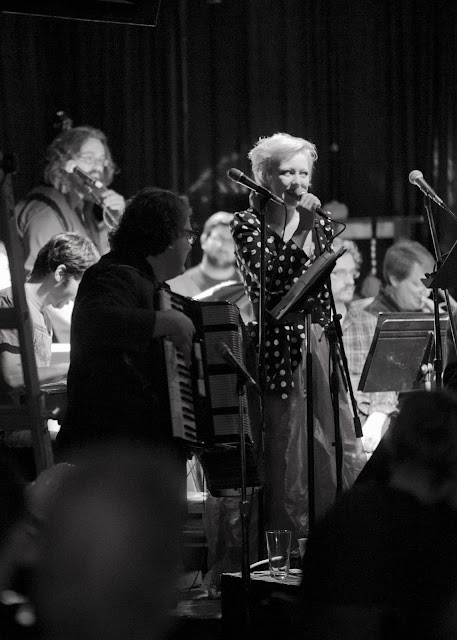 Jeffrey Ruckman on accordian with Annie on vocals 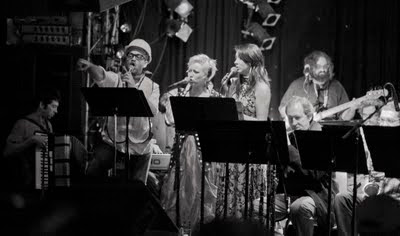 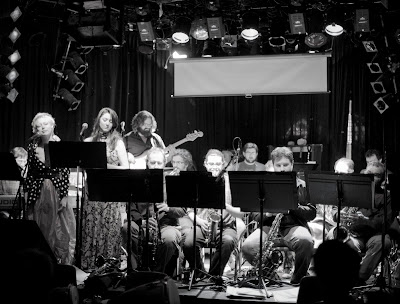 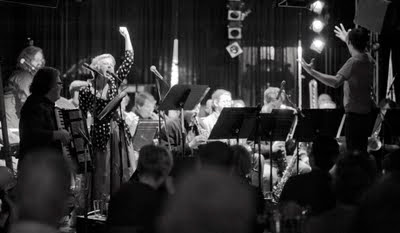 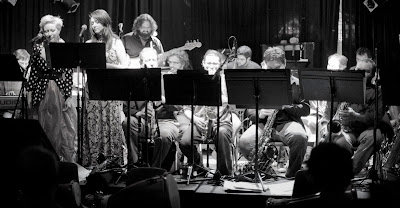 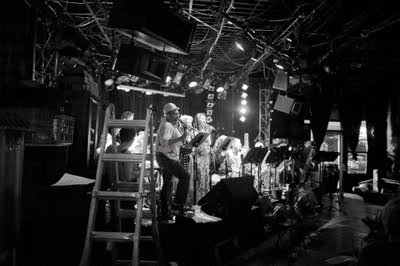