Later in his career, Claude “Fiddler” Williams released several CDs, some live recordings, some studio dates. Unquestionably, my favorite of the bunch was his 2000 release, Swingin’ the Blues. Bobby Watson sits in on a couple of numbers.

Following up on that CD, the 2000 Kansas City Blues and Jazz Festival put Claude and Bobby Watson together for a set. It was scheduled in the heritage tent, not on the main jazz stage. Maybe that was to keep the then 92-year old Fiddler out of the afternoon sun. But if it was because someone thought this performance would be lesser to whatever was on the main stage at the time, the scheduler could not have been more wrong.

This was KC jazz at its magnificent best. The chance to hear two generations of Kansas City jazz legends swinging that packed tent was one of those never-to-be-repeated thrills that sometimes happens with live music, one that you’re occasionally lucky enough to be there to hear and still talk about more than a decade later.

I sat on the ground in front of the stage with my camera. Actually, I regret that. I wish, instead, I’d brought a tape recorder so I could listen again. I still remember, after one brought-down-the-house violin solo, Bobby turning to the crowd and exclaiming, “I want to be just like Claude when I grow up!”

Here’s how it looked on that July, 2000 afternoon. Clicking on a photo should open a larger version of it. 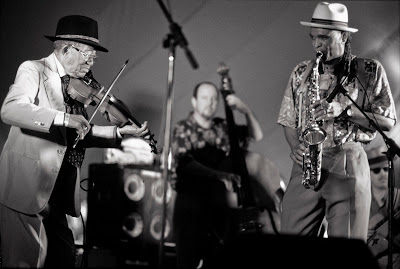 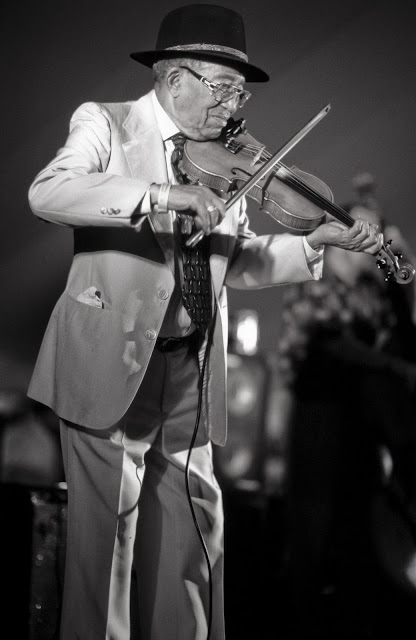 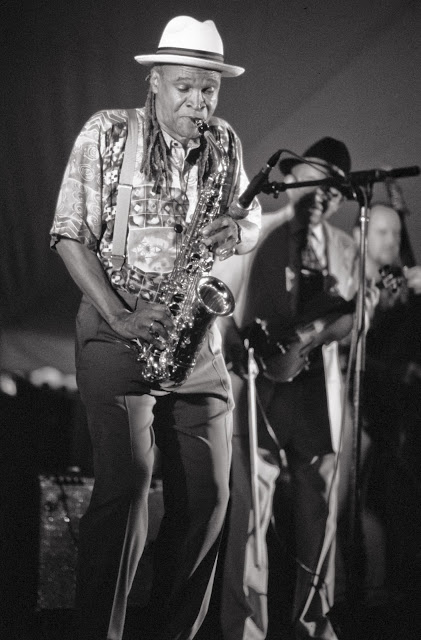 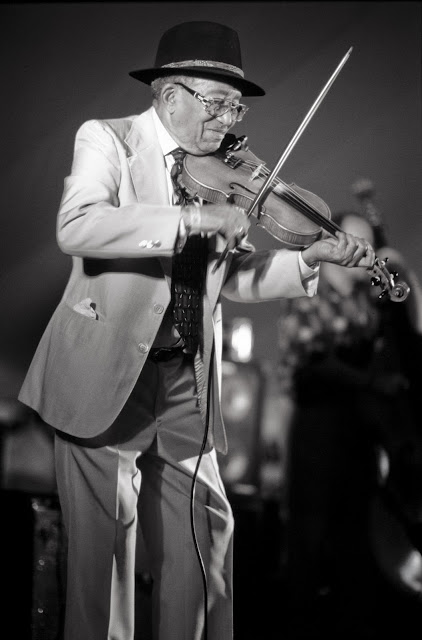 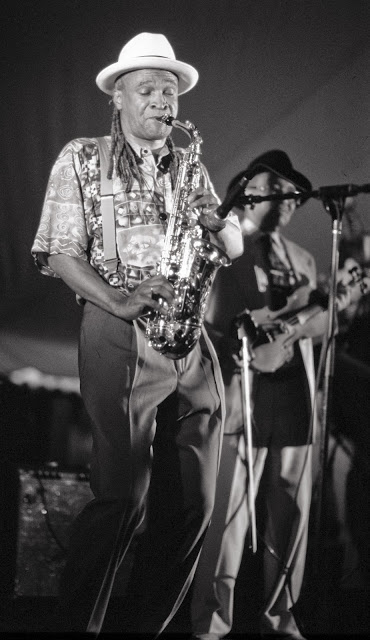 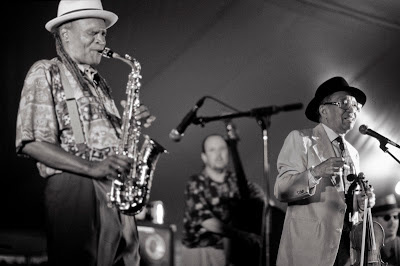 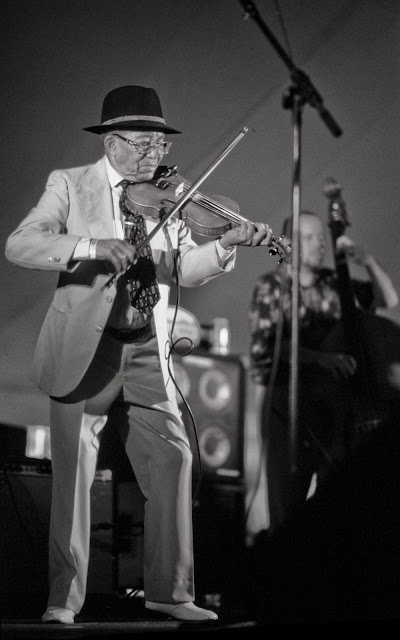