In Lieu of 1000 Words: A Metheny Celebration

This waited two months because Pat was on tour, and his mother insisted it not interrupt work. That’s how she was, he explained.

Lois Metheny was mother to two of Kansas City’s – okay, Lee’s Summit’s – most celebrated musicians, Mike and Pat Metheny. Mike lives in the area (and, as I’ve repeatedly told him, needs to perform more often). Pat you may know from his 18 Grammy awards. Or, you may know Pat from his years growing up here.

Lois encouraged both in their music careers. She passed in October. But one of her last requests was a Celebration of Life jam session and party. As Mike put it, “It was her wish to go out on an upbeat note rather than with a sad funeral, so we are going to make sure it happens that way.”

Two days after Pat finished an 80 city tour, it did.

On December 11th, at the Arrowhead Yacht Club at Lake Winnebago, musicians, family and friends gathered. Mike and Pat led the jam session. Among the other musicians participating were Paul Smith, Bob Bowman, Tommy Ruskin, Gerald Spaits and Marilyn Maye.

Sometimes with jazz, you’re fortunate to be at the right place, right time, and hear something special. When Marilyn Maye and Pat Metheny – who may have won Grammys for more exotic music, but who grew up in Kansas City’s jazz community – performed a vocal and guitar duet, we heard magic.

As afternoon turned to dusk, we stepped outside. Lake Winnebago was a location where Lois asked her ashes be spread. Mike, Pat and Pat’s wife and children walked towards the end of the dock. Red tinged the clouds. The setting sun glazed the lake, beautifully.

Then Pat called out, “We’ve never done this before! We don’t know what we’re doing!”

They figured it out.

Mike suggested I bring my camera. The photos below are from the celebration’s jam session. As always, clicking on a photo should open a larger version of it. 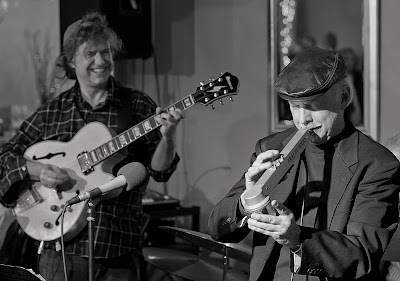 Pat and Mike Metheny. Mike is playing the E.V.I., or Electronic Valve Instrumement. 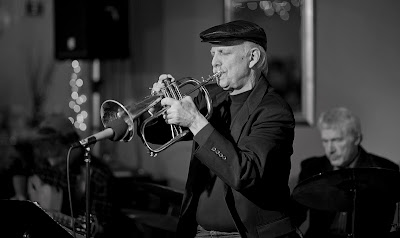 Mike Metheny plays. Behind him is Tommy Ruskin. 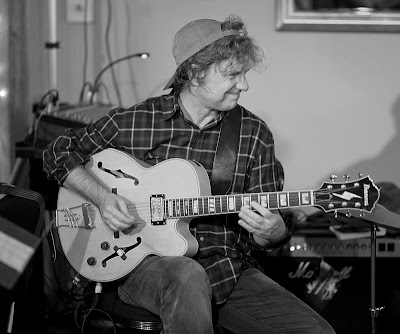 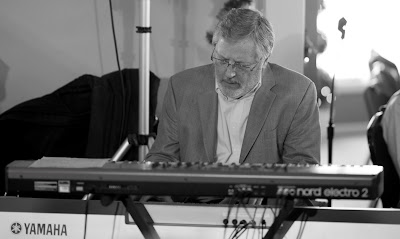 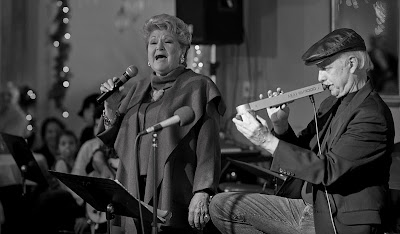 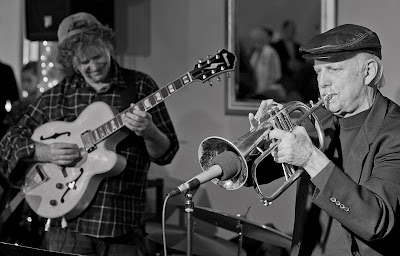 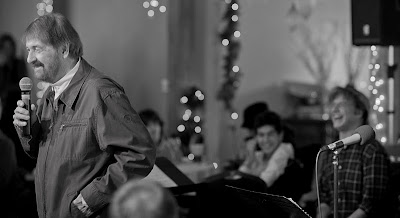 Gary Sivils tells the story of teenage Pat’s first professional gig, with Gary’s group at a local lounge. At the right, Pat reacts. I couldn’t possibly retell the story here as well as Gary told it. If you run into Gary, ask him about it. 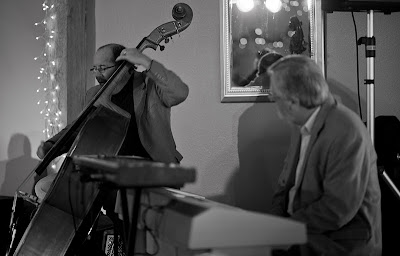 Pat Metheny on guitar and Tommy Ruskin on drums 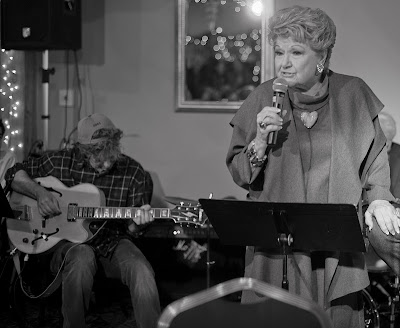 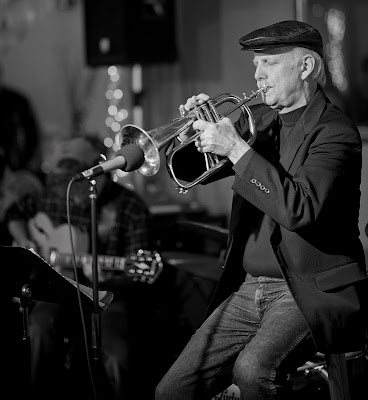 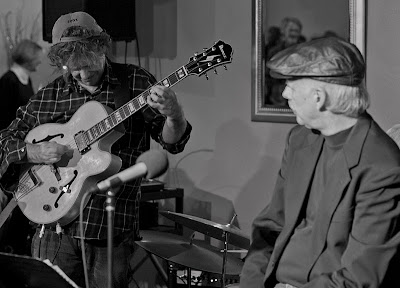 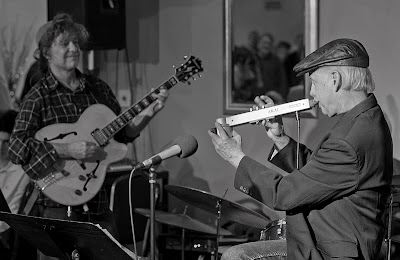