I came to an infatuation with jazz through Basie. And I’ll be the first to admit I was dragged to contemporary jazz by the nose hairs. Some of it remains too extreme for my tastes, and I’m convinced some is transitory. But some of the best jazz being produced today is, indeed, contemporary. And none is better than the music of the Matt Otto Quartet supplemented by voice and piano.

I spent most of a couple weekends back at Johnson County Community College’s Jazz Winterlude. Club-sized crowds enjoyed some of the best jazz in Kansas City today, a mix of traditional and modern music. But of every group I heard, Matt’s stood out as the most extraordinary.

Matt Otto and Gerald Dunn, either of whom could play sax for anyone (Matt on tenor, Gerald on alto), here are at once complementary and competitive, each clearly admiring the other’s solos. Backed by Jeff Harshbarger on bass and Michael Warren’s drums, the base quartet presents Matt’s complex compositions as both supremely engaging and completely accessible. Now add T.J. Martley’s smart and inventive piano. Then layer on Shay Estes’ remarkable vocals. She isn’t singing songs. This is the voice as an instrument, but unlike any instrument played by manipulating keys.

I’m groping for words to explain the wonder which filled the theater. Simply, I have not heard another group like this.

I wrote about and photographed the Matt Otto Quartet last year, here. But I’m so taken by their music, here they are again, from their Jazz Winterlude performance on January 21st. As always. clicking on a photo should open a larger version of it. 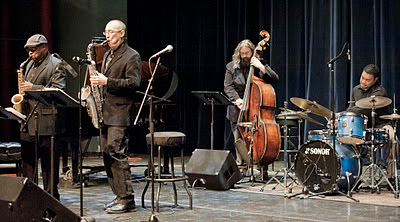 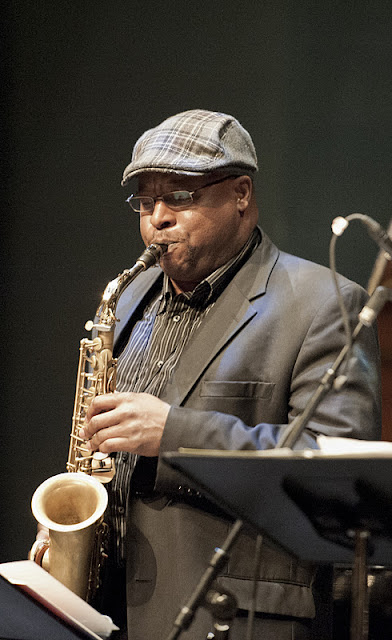 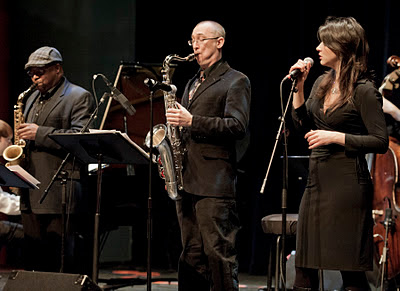 The front line with Gerald Dunn on alto, Matt Otto on tenor and Shay Estes vocalizing 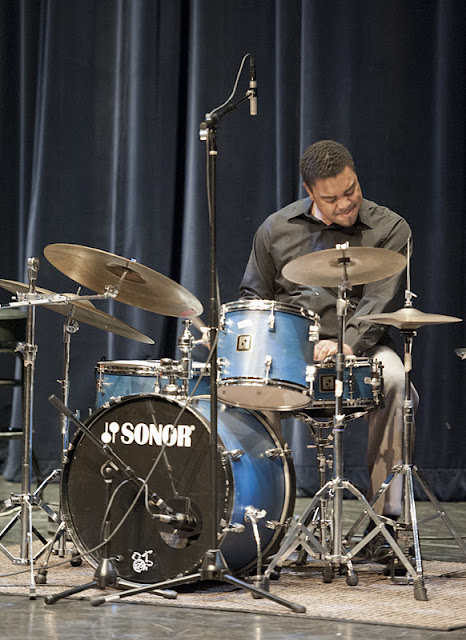 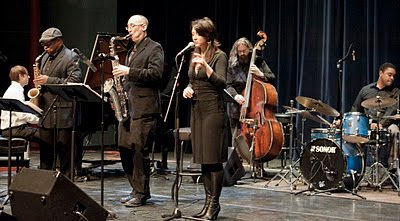 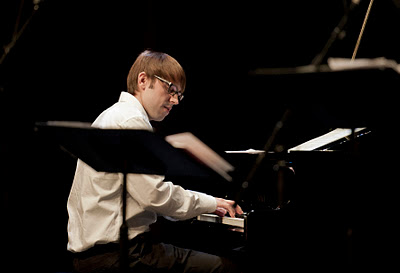 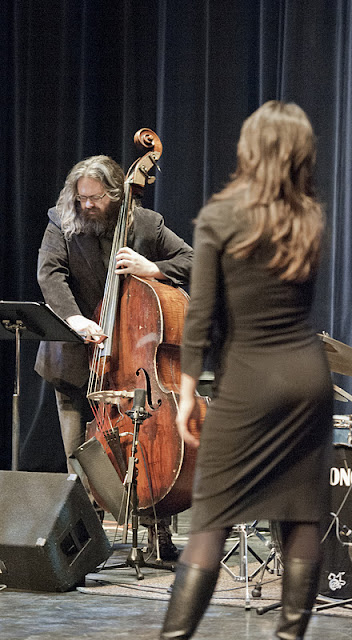 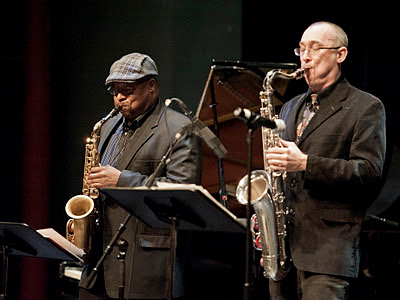 The saxes: Gerald and Matt 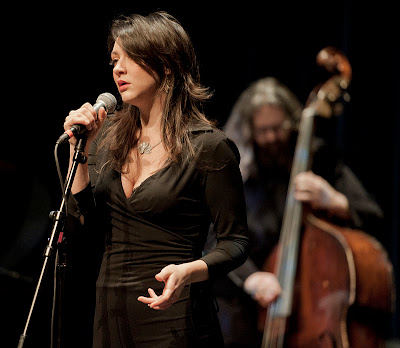