In Lieu of 1000 Words: Friday at Jazz Winterlude

If this past weekend’s Jazz Winterlude, staged Friday and Saturday at Johnson County Community College’s Carlsen Center, proved anything, it proved that Kansas City today is home to a wealth of extraordinary jazz talent.

Whether it was Deborah Brown on Friday night or Alaturka on Saturday afternoon, whether you enjoyed Diverse Quartet or the duo B3s of Everett DeVan and Chris Hazelton, whether you heard the saxophone of Matt Otto or Steve Lambert or Rich Wheeler, whether Mike Warren or Brian Steever or Ryan Lee drummed, whether Brandon Draper or Pablo Sanhueza played percussion, whether Joe Cartwright or Andrew Oullette or Wayne Hawkins was on piano, whether Jason Goudeau’s trombone or Hermon Mehari’s trumpet or Megan Birdsall’s vocals filled the stage, you had the chance to hear jazz mastery throughout the weekend.

And I haven’t even mentioned yet the national names organizers added to the mix: Julian Lage and ex-Kansas Citian Eldar.

I took photos throughout the weekend. So let’s start by taking a look at Friday night in Yardley Hall. Next week, we’ll see some of Saturday’s magic. As always, clicking on a photo should open a larger version of it. 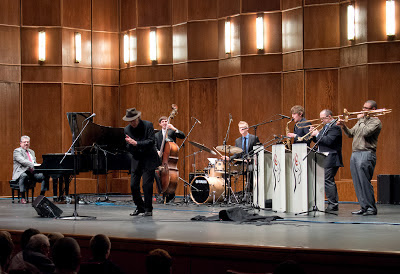 Winterlude opened with the David Basse Orchestra. Talk about a wealth of talent, take a look at the musicians on this stage. Left to right: Joe Cartwright on piano, David Basse, vocals, Zach Beeson on bass, Brian Steever on drums, Steve Lambert on sax, Clint Ashlock on trumpet, Jason Goudeau on trombone. 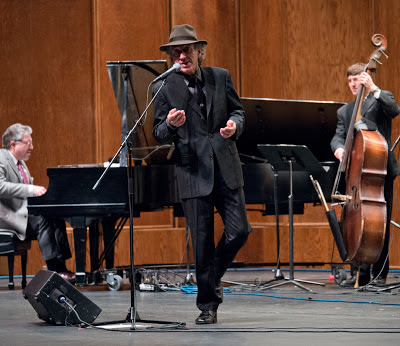 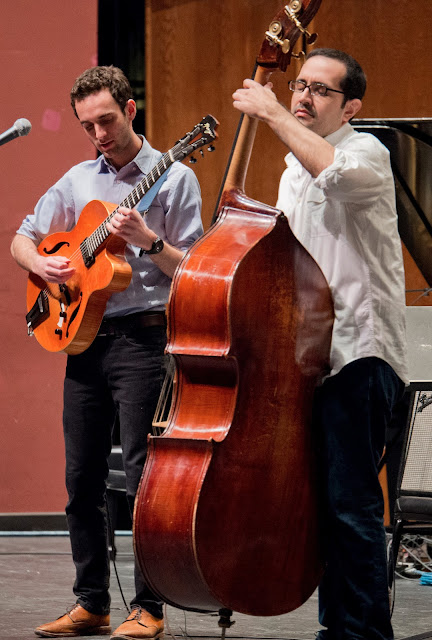 Next up was a national act: Julian Lage Duo. Julian Lage is on guitar on the left, Jorge Roeder is on bass on the right. 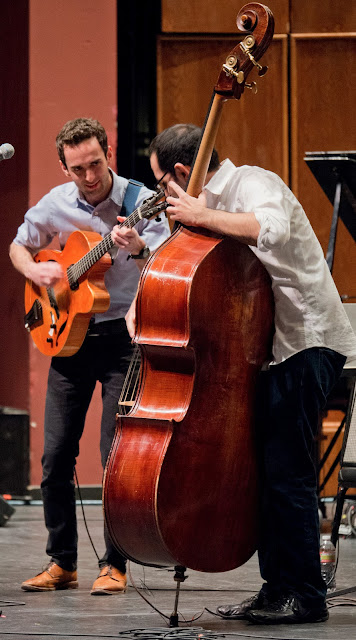 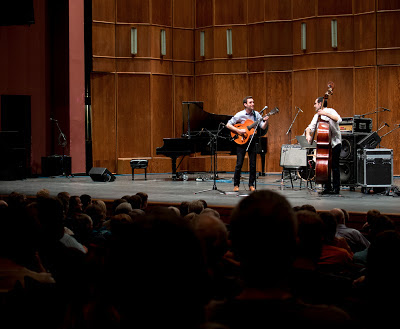 Yardley Hall continued to fill for the Julian Lage Duo. 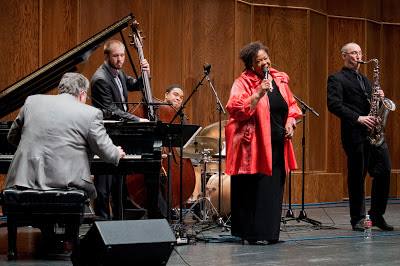 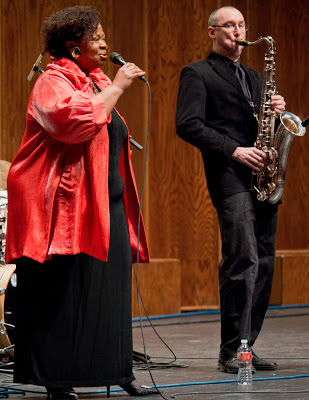 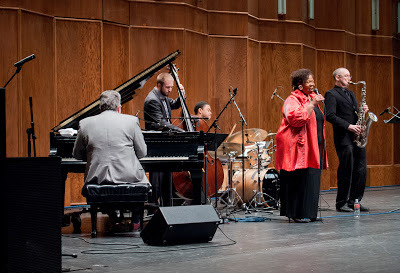 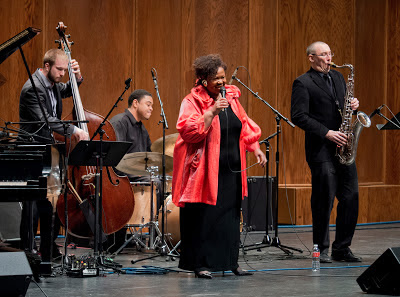 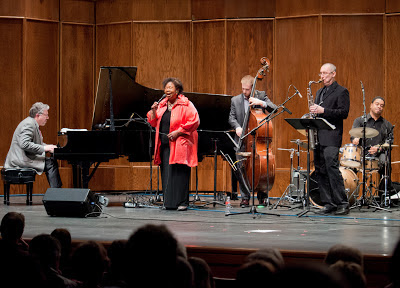 The Deborah Brown Quartet with Matt Otto in Yardley Hall