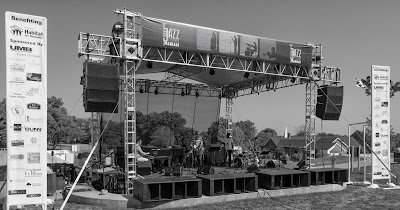 The festival opened with the Andy McGhie Quintet. Temperatures in the mid-90s kept most of the audience clustered in the shade, under trees up the park’s hill. Surprisingly, despite the heat, I counted nearly as many fans in the audience at the start this year as I counted last year. 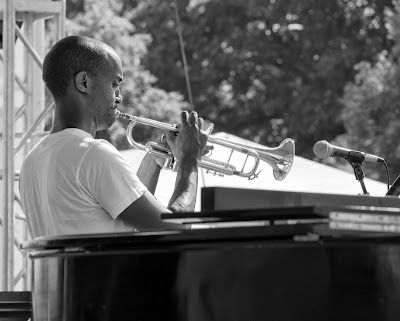 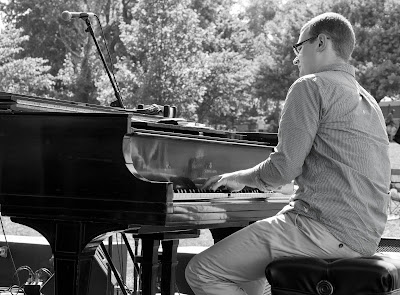 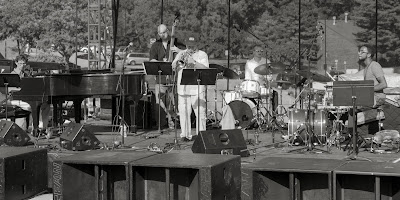 I’ve featured photos of this group before, so they’re not getting substantial space today. But Parallax, led by trumpeter Stan Kessler, with pianist Roger Wilder, bassist Bill McKemy and both Ryan Lee and Brian Steever on drums, has grown into one of my favorite KC ensembles. When I was at the merchandise booth, an audience member asked if they had a CD available. They don’t. They should. 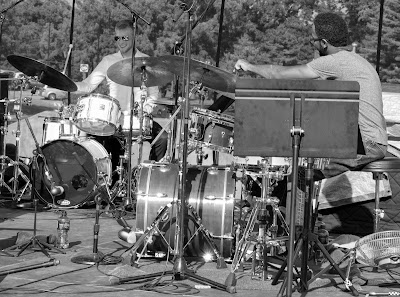 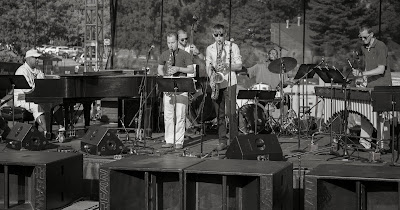 The Mutual Musicians Foundation All-Stars was assembled for the festival at my request. Kansas City history stands at 18th and Highland, featuring jam sessions every weekend night for over eighty years. Few people attending this festival have ever been there. So, I suggested, let’s bring a piece of the 18th and Vine district to Prairie Village. Let’s assemble some of the regulars who jam at the Mutual Musicians Foundation most weekend nights and put them in the festival.

Tenor saxophonist Steve Lambert, who is on the Board of Directors at the Foundation, assembled the group. 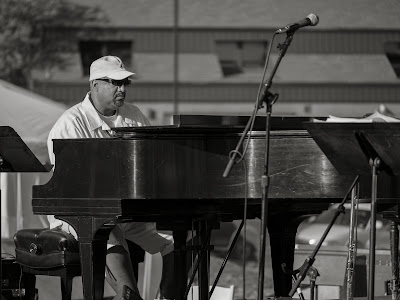 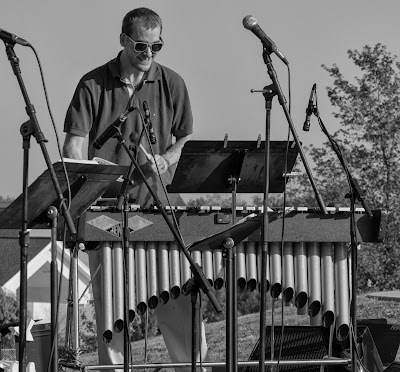 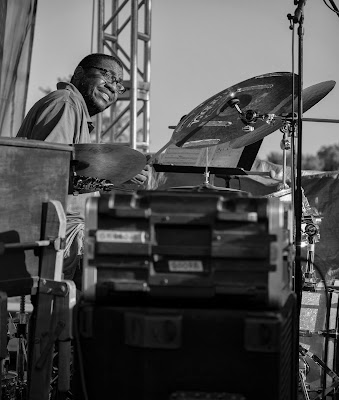 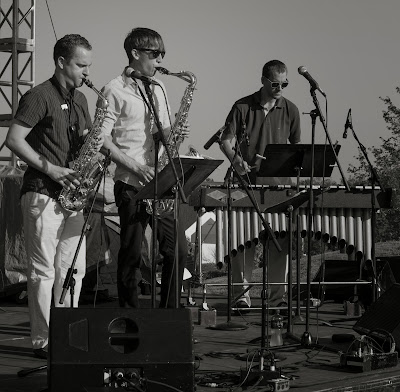 The front line of Mike, Steve and Peter. Later in the day, back stage, Marilyn Maye’s drummer spoke to me about the Mutual Musicians Foundation All-Stars. He heard them and commented, “That is some outstanding talent.” I agree. I hope Steve can keep the group together and book it in clubs. I want to hear this band again. 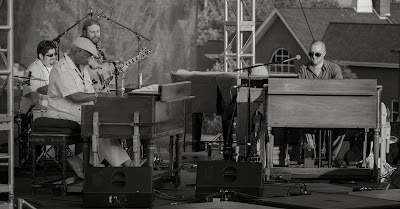 The Everette DeVan – Chris Hazelton Quartet (which I also photographed last January), with Everette and Chris on Hammond B3 organs, Matt Hopper on guitar and Danny Rojas on drums. 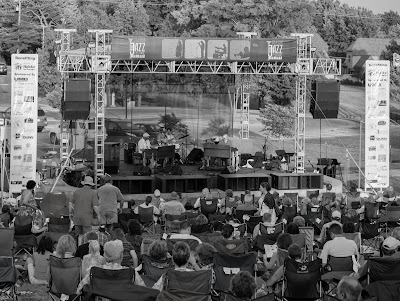 As Everette and Chris swung the park, the sun began to set, temperatures cooled, and a crowd started streaming in. 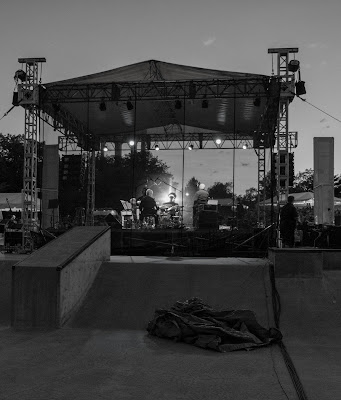 The view from behind the stage. With the sun settling behind the hill, the spotlight shined on Marilyn Maye. Next week, photos of the headline acts.