The People's Liberation Big Band at the New Take Five

Let’s say you’re one of the community’s most beloved jazz spots, but you’ve outgrown your space. Let’s say you move to a new location more than double the size. Let’s say you pick a night as your official grand re-opening. So what group do you choose to baptize the new space?

Wait, before you answer, two more caveats. Let’s say you’re located in Johnson County. And let’s say putting a 26 foot long stage in a coffee shop establishes you as unconventional.

Now who do you pick?

Last Saturday night I sat in the new location of Take Five Coffee + Bar with over a hundred other jazz fans, some of whom had heard People’s Lib before and some of whom came to hear a big band thinking that’s what Count Basie ran, right? At my table sat a couple of ladies who fit the latter group. It took a set for them to understand just what this not-your-grandpa’s big band was all about. But by the second set, these ladies were thoroughly enjoying the night.

If you missed the evening, below is a sampling of what a packed coffee house/bar/jazz club at as-suburban-as-this-world-gets 135th and Metcalf in Johnson County, Kansas looks like on its official Saturday night premiere. As always, clicking on a photo should open a larger version of it. 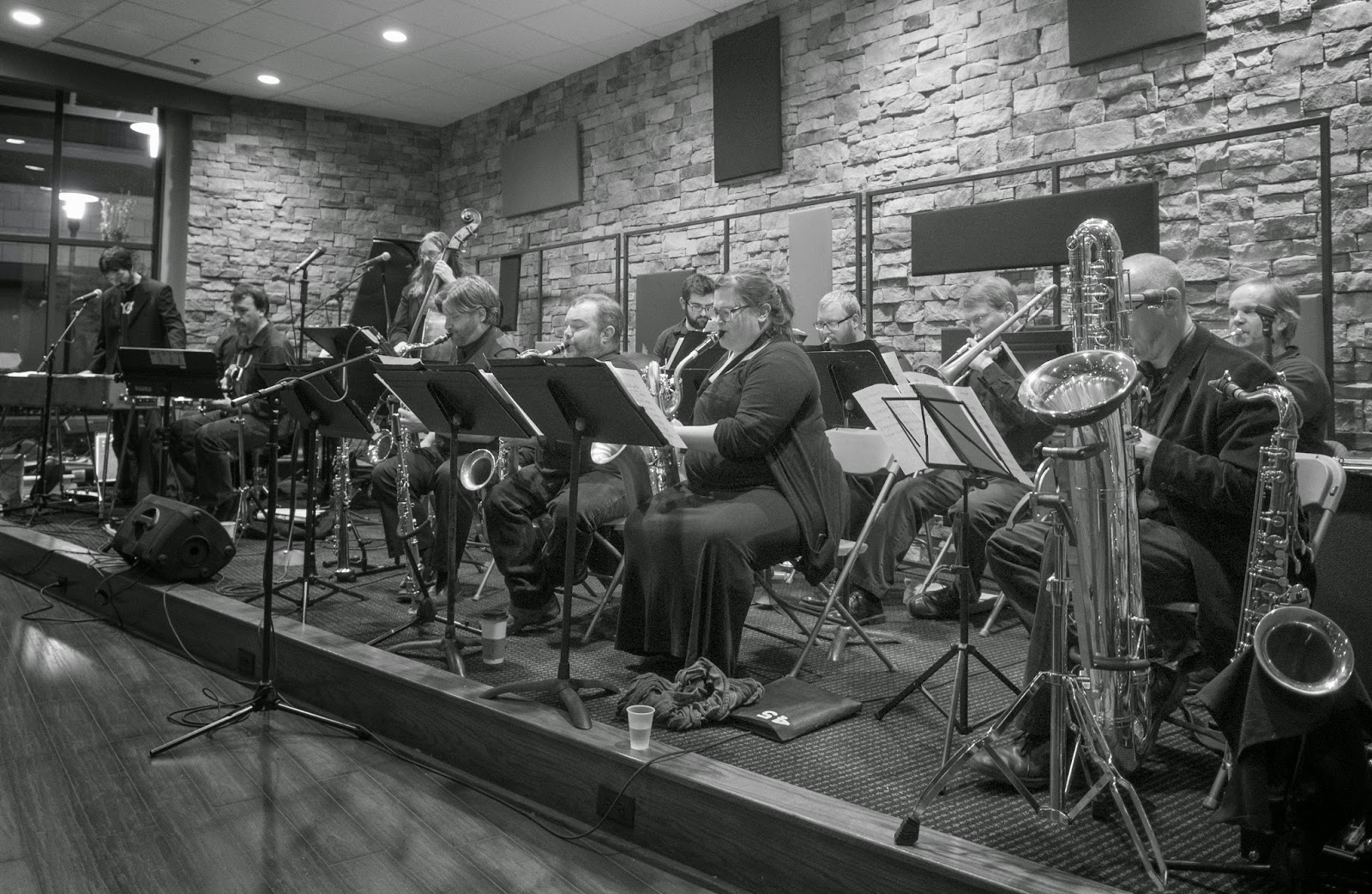 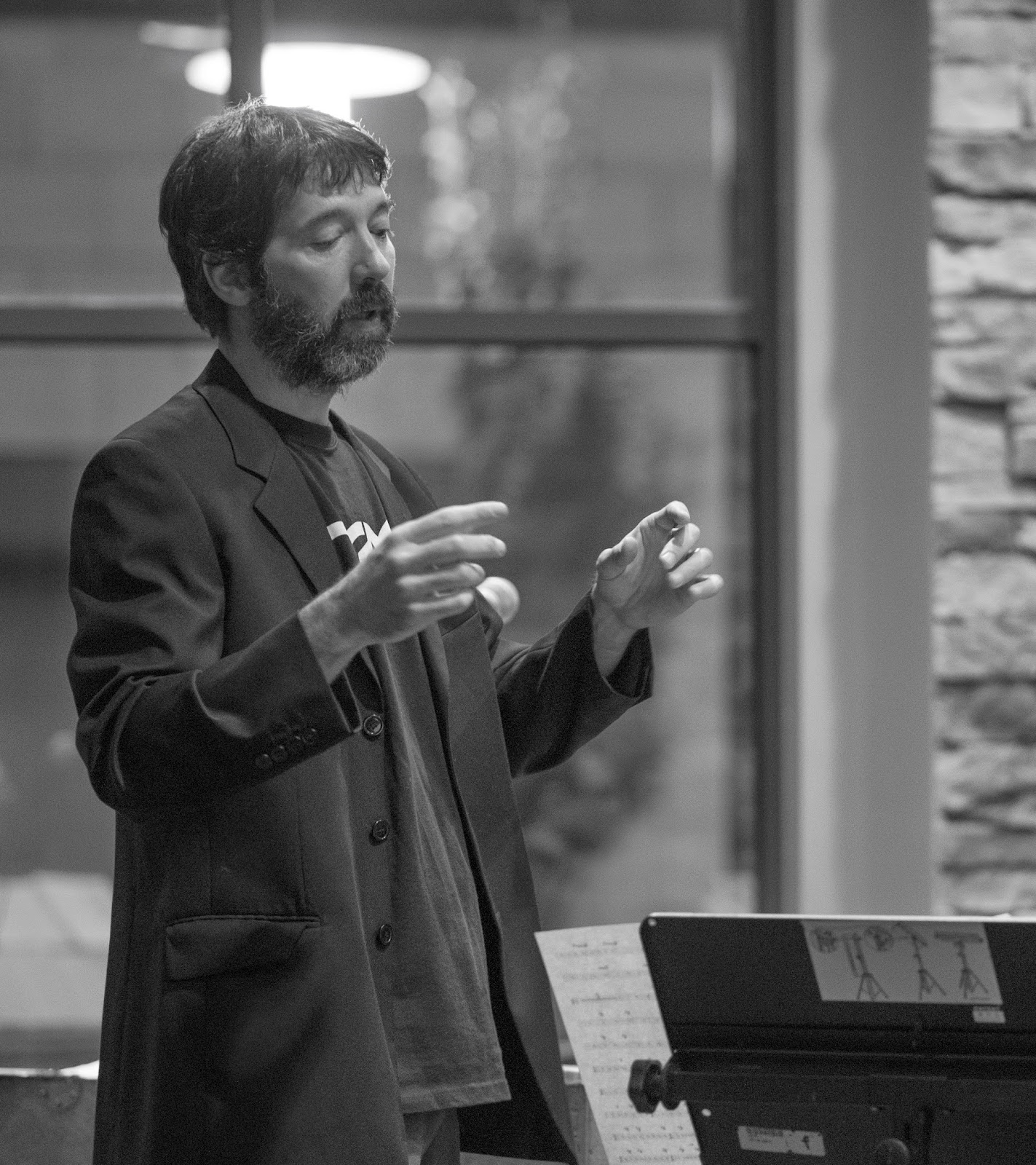 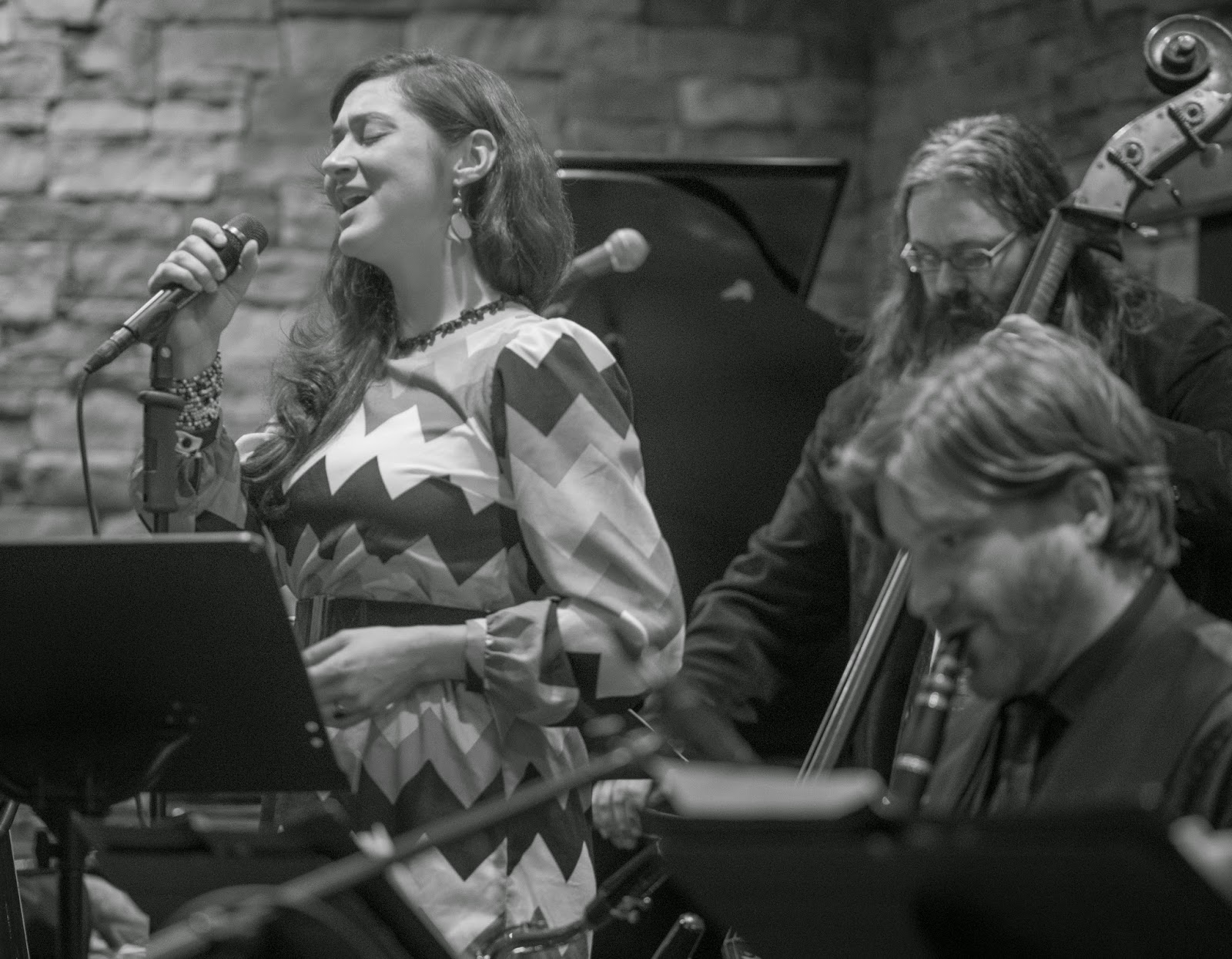 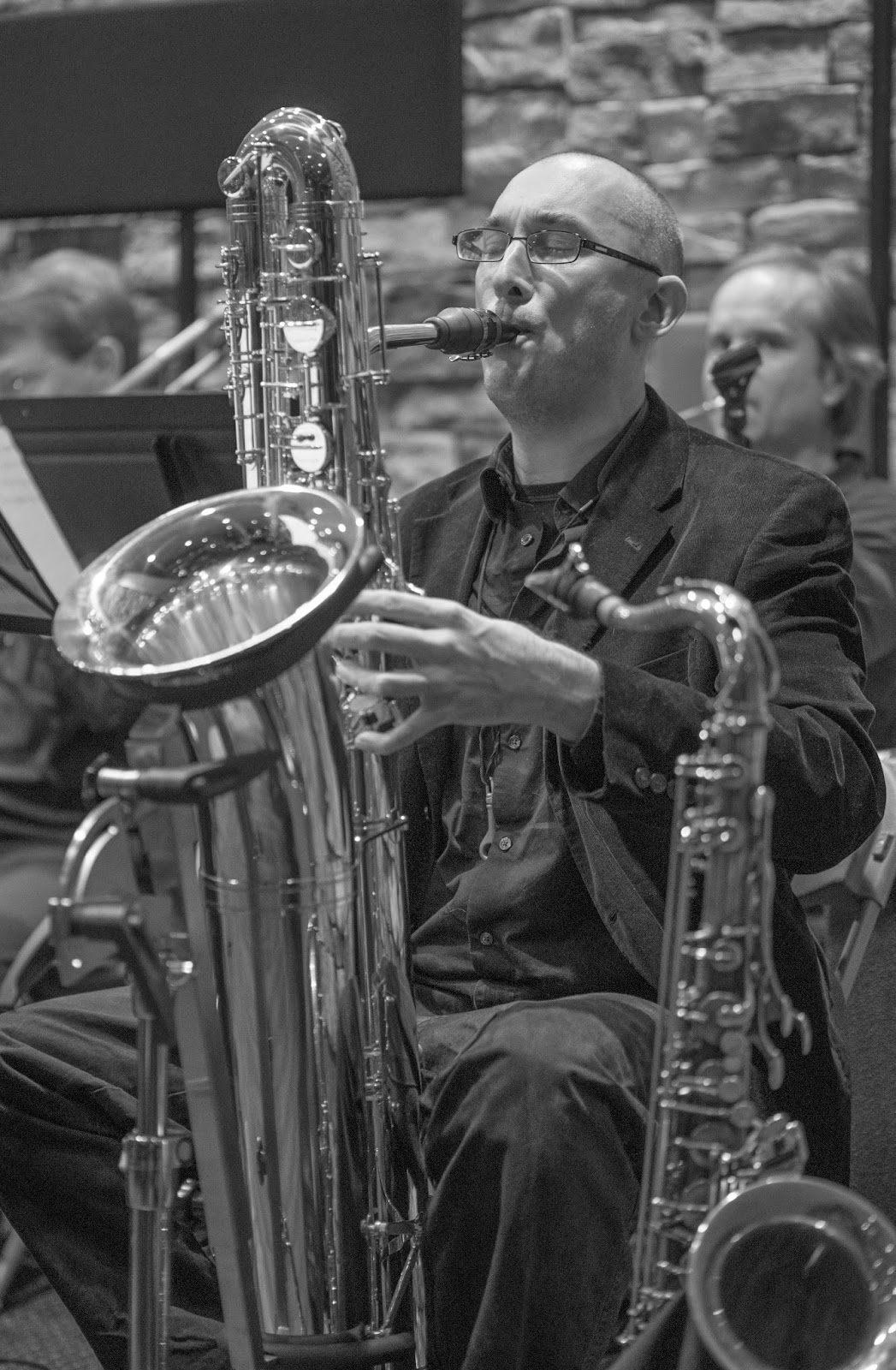 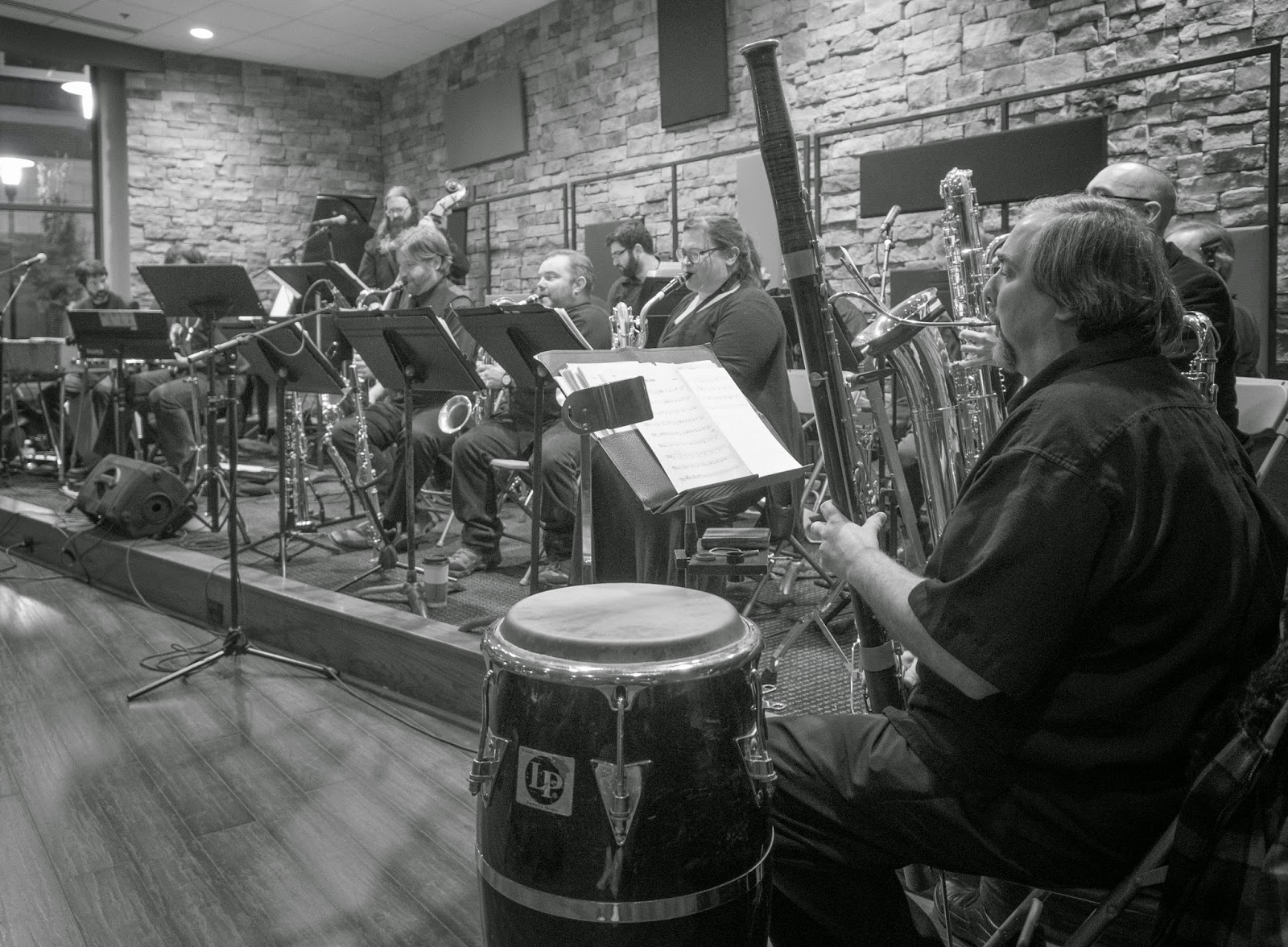 Pat Conway joined the band on the second set. After all, how can you baptize a coffee shop/bar/jazz club without a bassoon? 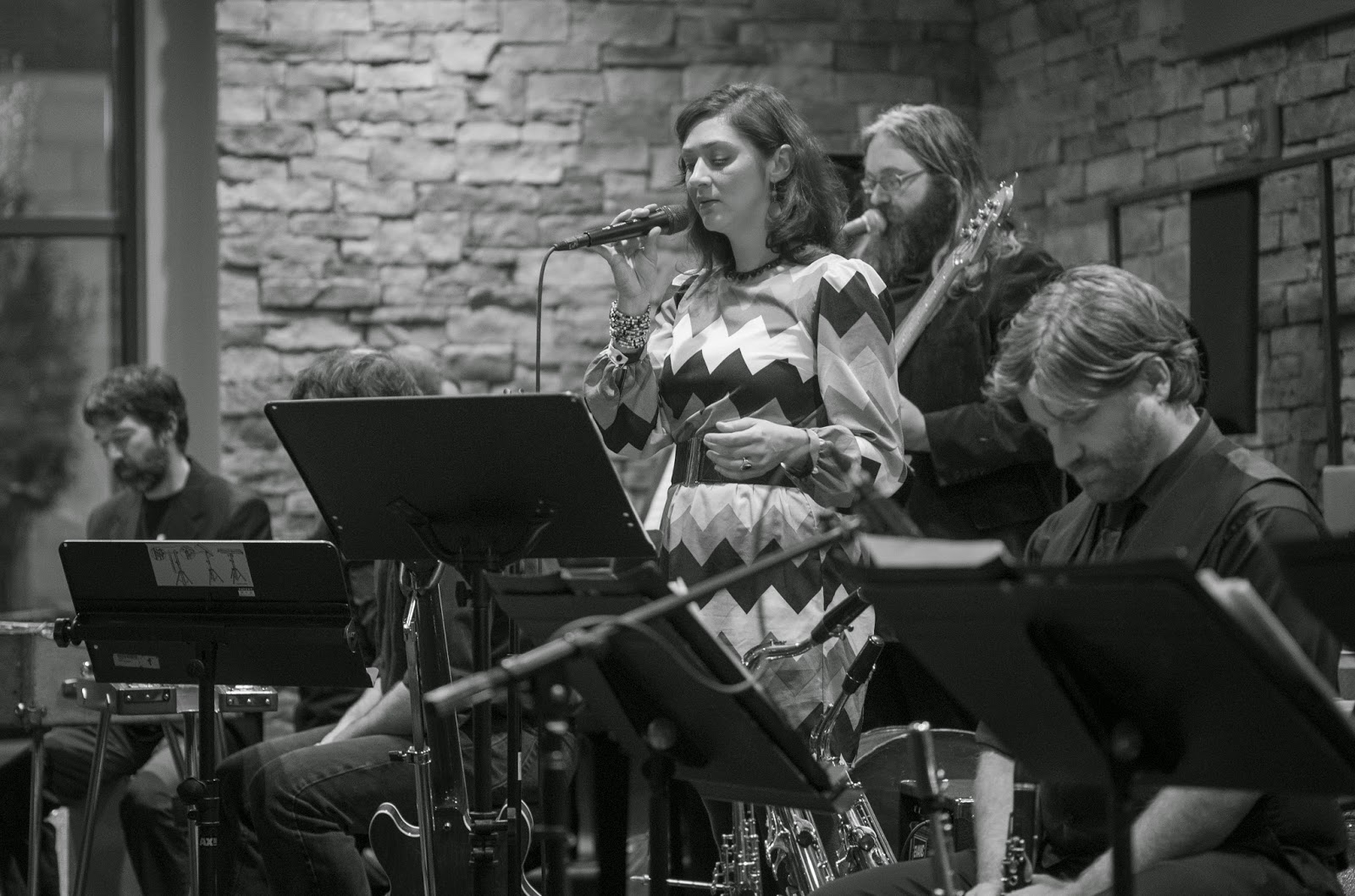 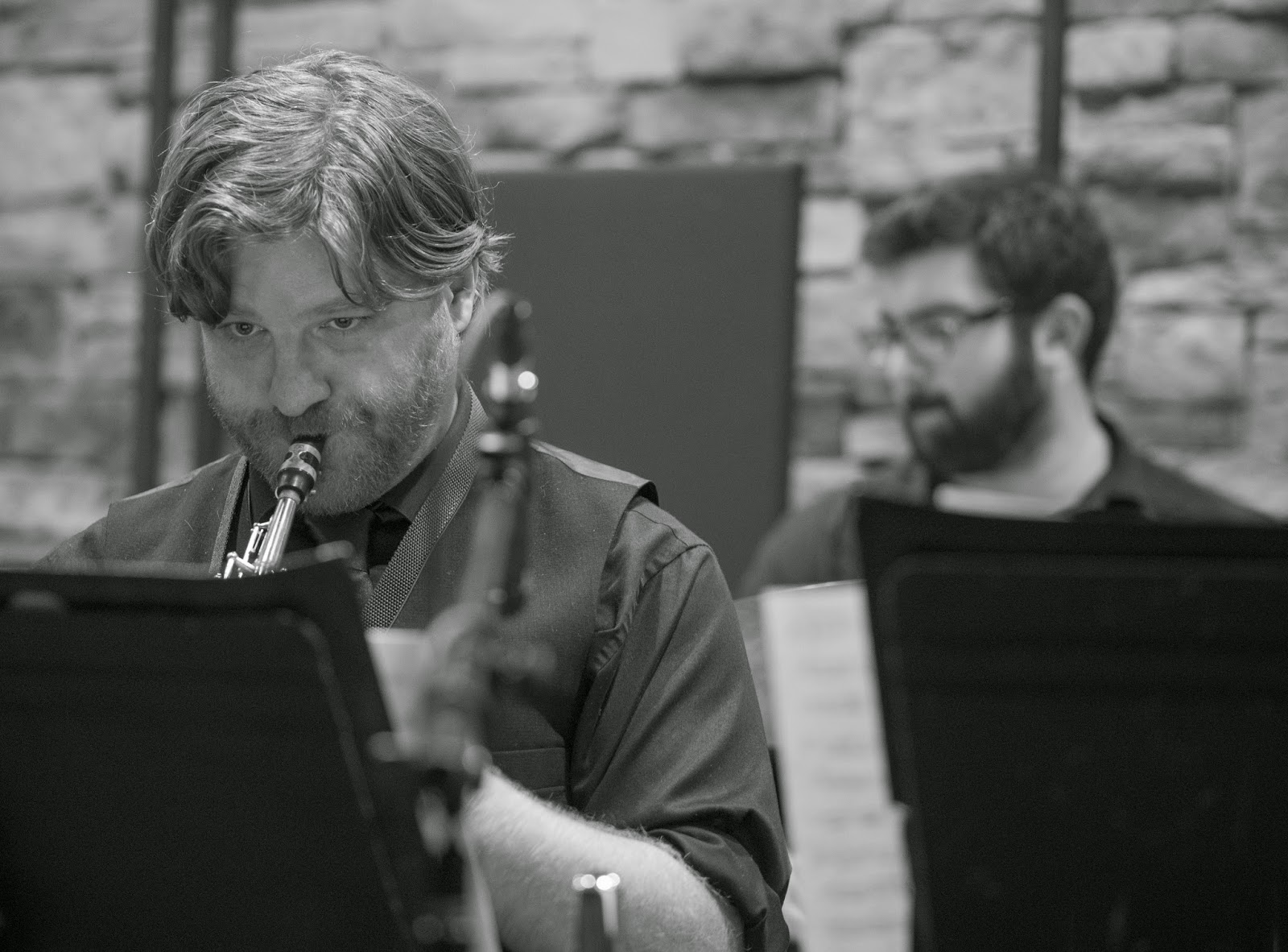 James Isaac and, behind him, Sam Wisman 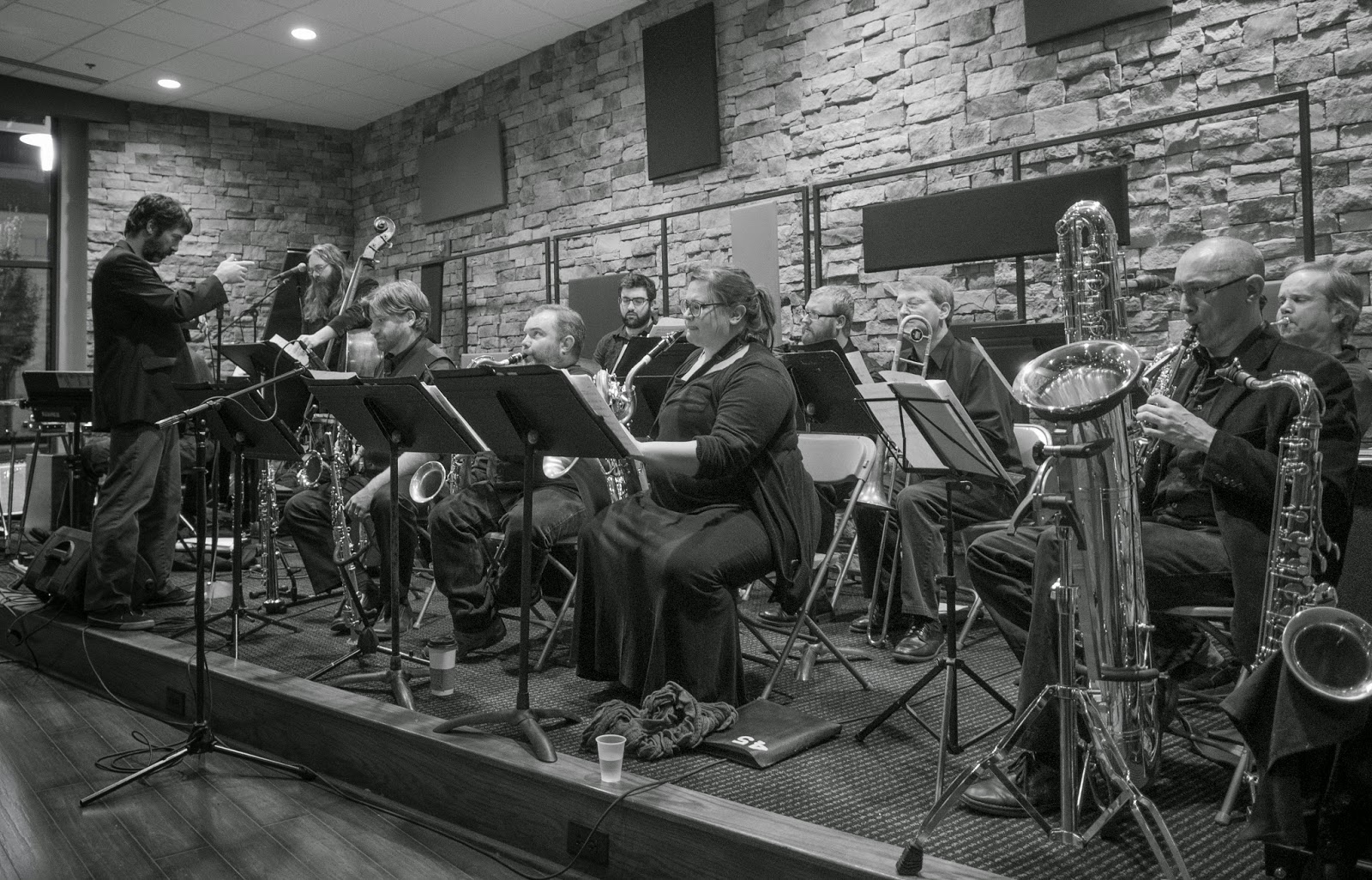 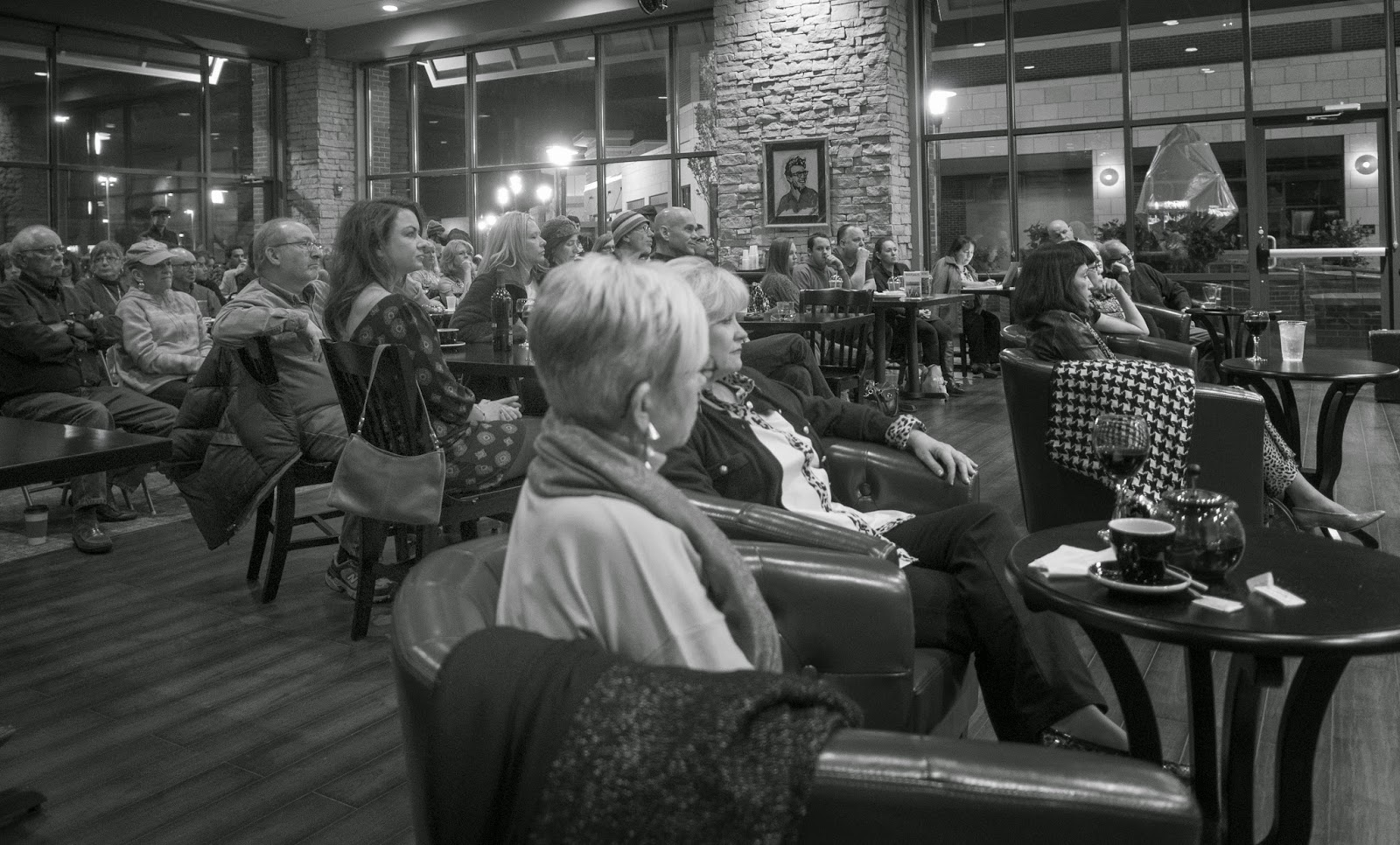 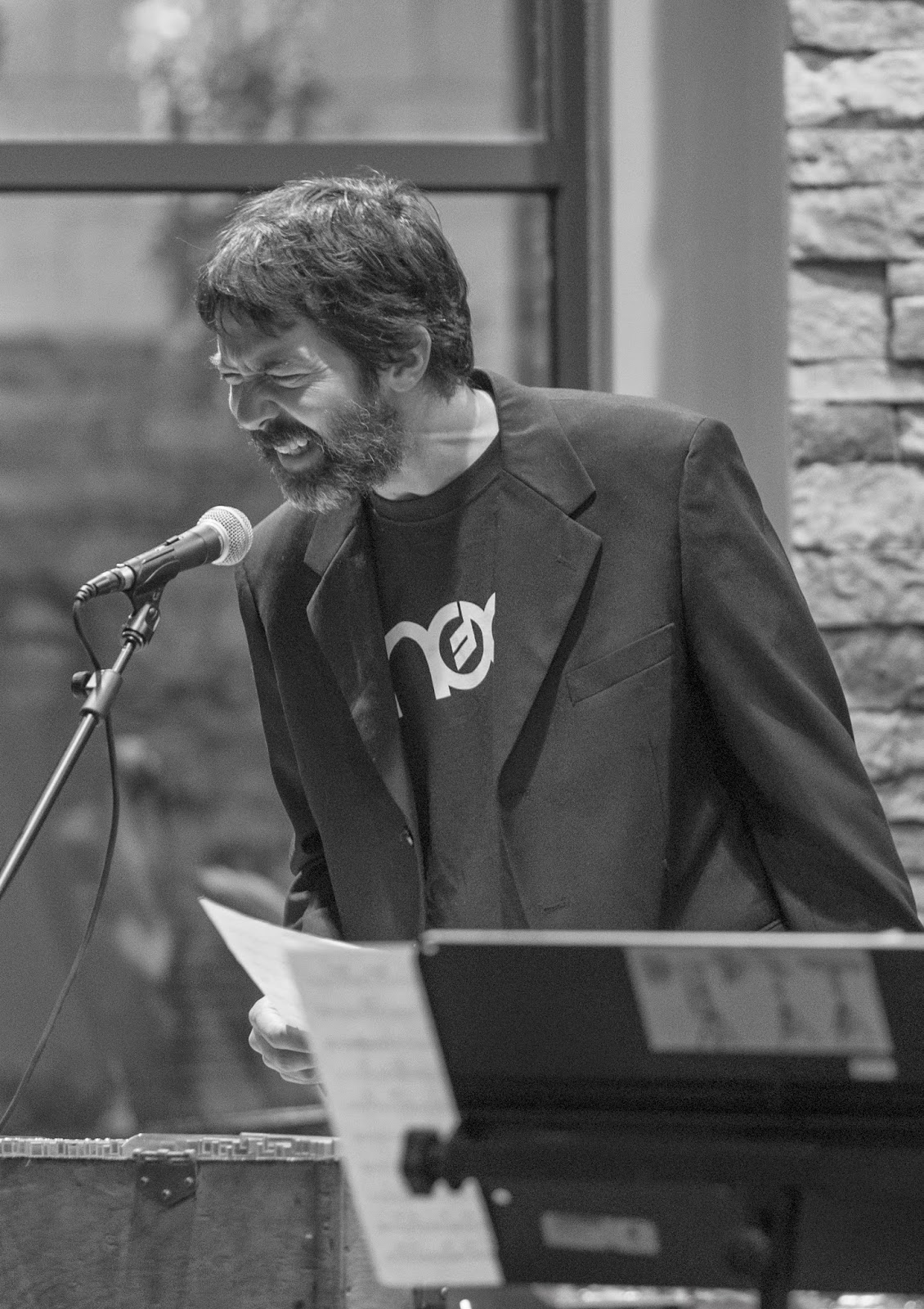 Brad subtly announces who wrote the next number (he wrote it) 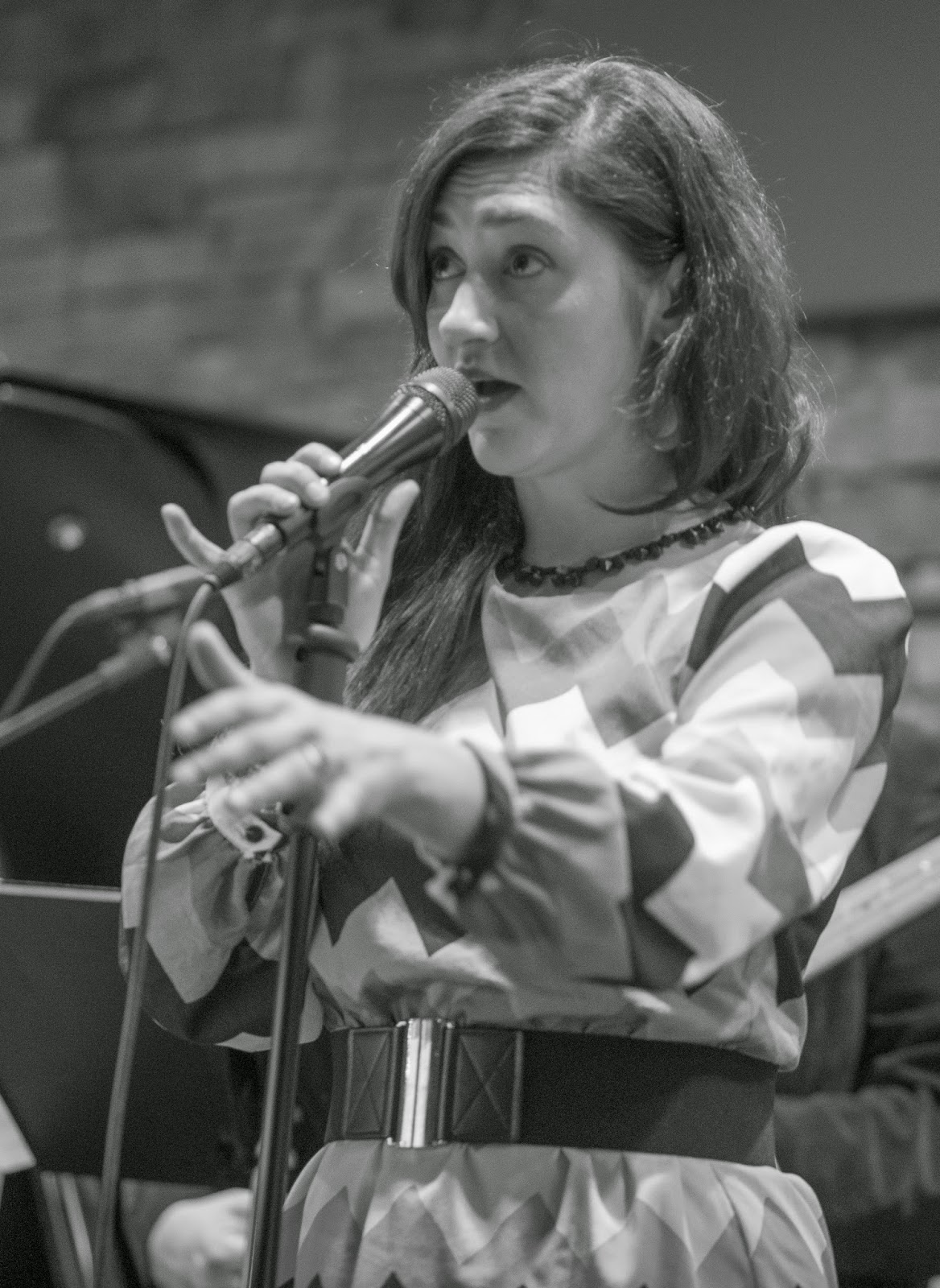 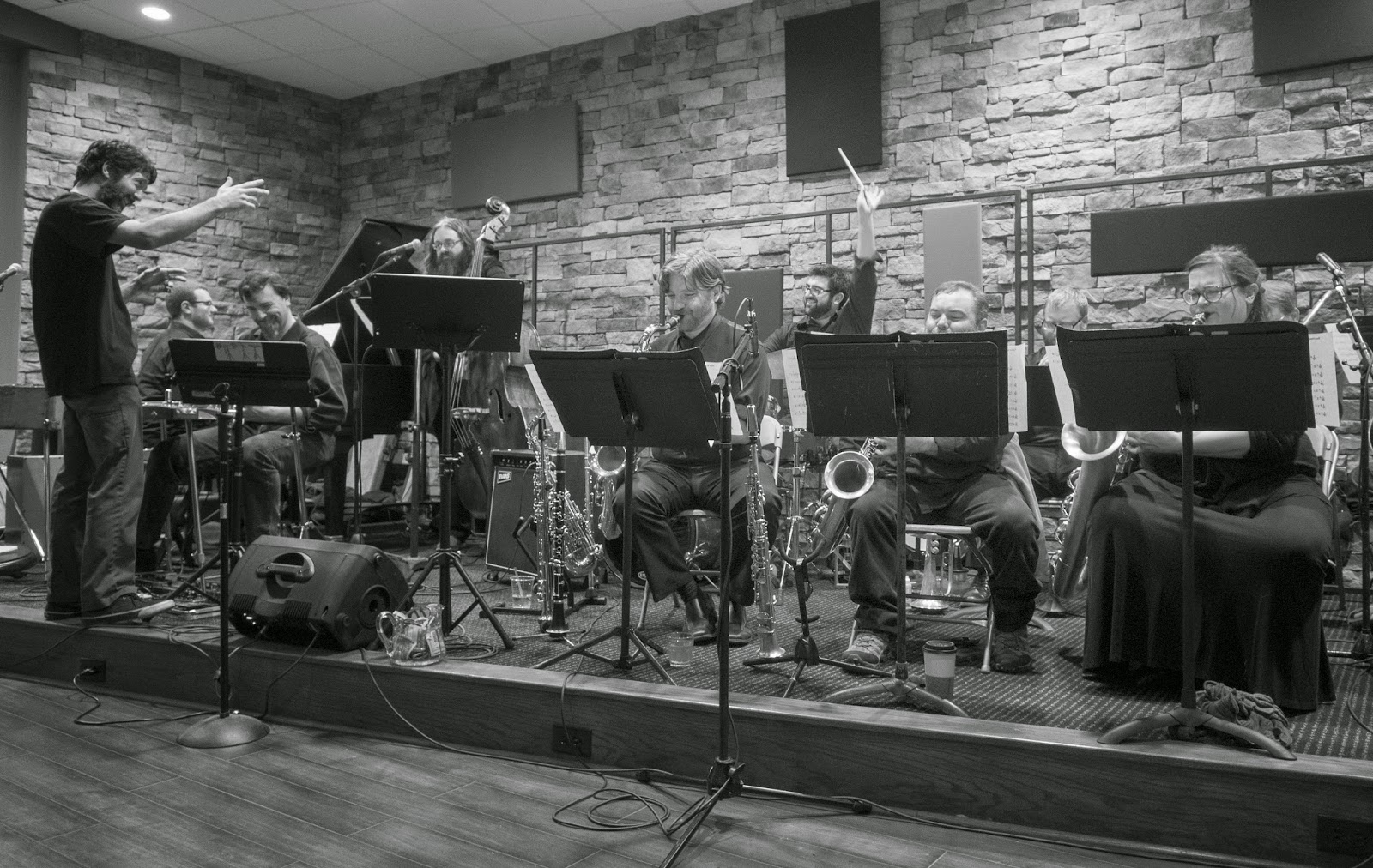