A previous post covered how the headline act of the 2015 Prairie Village Jazz Festival came to be the McFadden Brothers with The Kansas City Jazz Orchestra. But the simple fact is, no matter who else may have been considered in the course of developing this year’s festival, nobody, absolutely nobody, could have delighted the young and old, the kids and the parents packing the hill in Harmon Park more completely than the McFaddens with KCJO.

Certain acts just turn out to be a perfect match for a particular setting, a stage, an audience. Sometimes, 5000 people, ideal weather, an orchestra and a couple of tap dancers gel perfectly. That’s what happened in Prairie Village on September 10th.

Angela Hagenbach preceded them with the magnificent vocals that have made her a favorite of Kansas City and worldwide audiences for over two decades. Don’t miss her production of Alice in Wonderland set to the music of John Coltrane – Jazz Alice – on the stage in the Plaza branch of the Kansas City Library on October 28th. It’s previewed in the latest issue of Jam.

And preceding Angela in the festival, playing to a beautiful setting sun, Matt Kane and the Kansas City Generations Sextet matched drummer Kane – now based in New York but originally from Hannibal, Missouri and a graduate of UMKC’s Conservatory – with five of the best of Kansas City’s amazing new jazz generation.

Below are photos from the evening. As always, clicking on one should open a larger version of it. 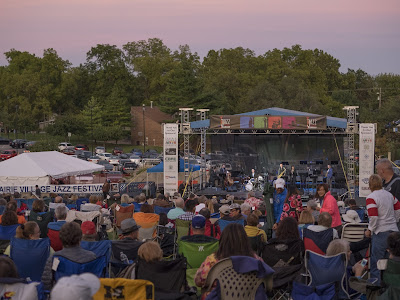 As the sun set in Prairie Village on September 10th, a growing crowd packed the hill in Harmon Park. 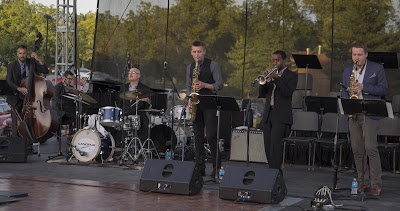 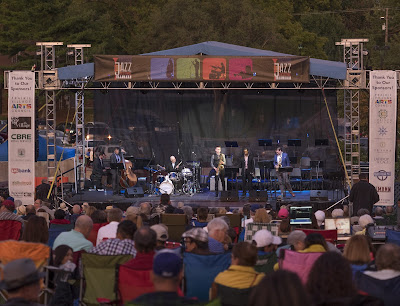 The stage, with Matt Kane and the Generations Sextet, bathed in the setting sun. 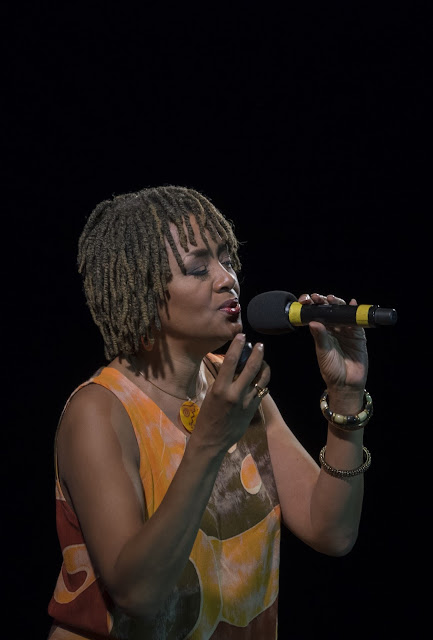 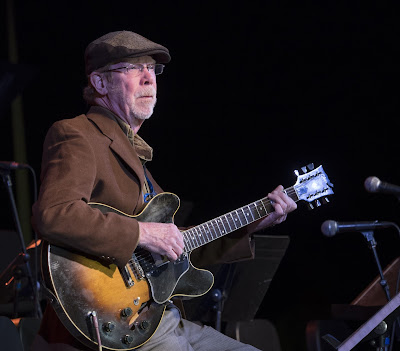 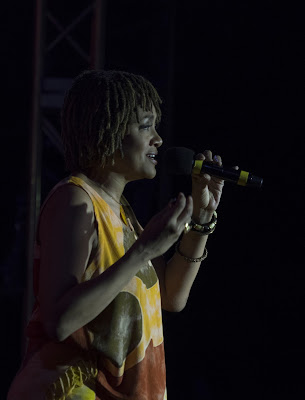 Angela in the spotlight 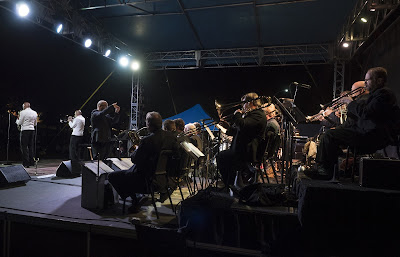 The McFadden Brothers and The Kansas City Jazz Orchestra 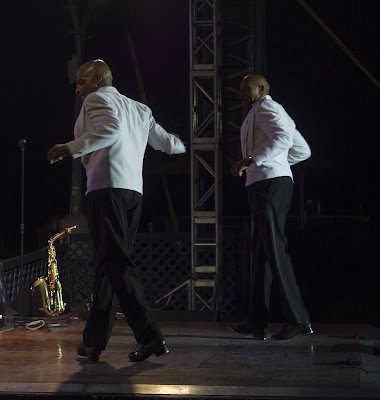 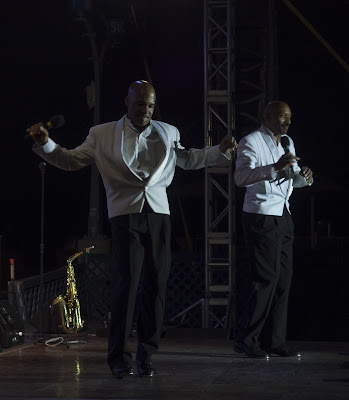 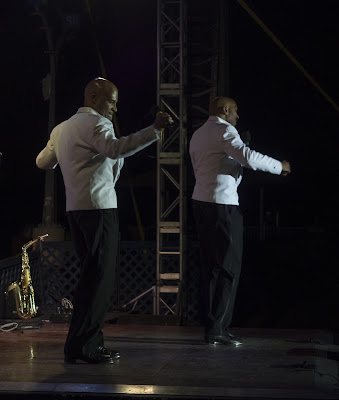 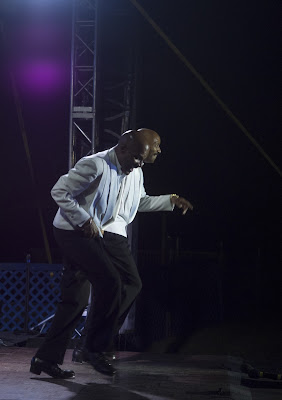 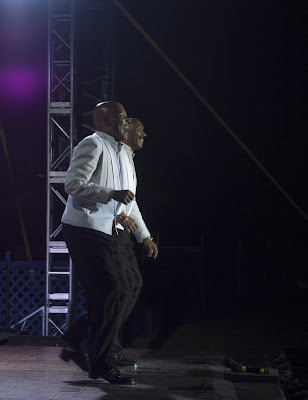 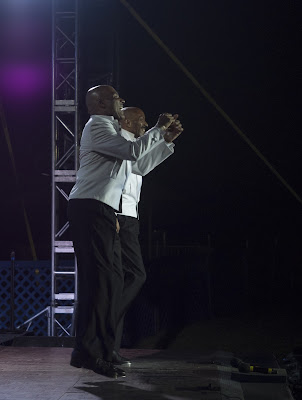 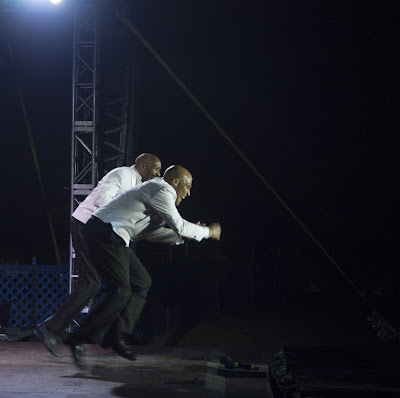 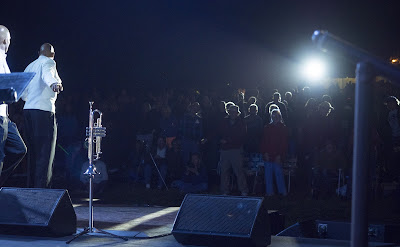 The McFadden Brothers dance to an audience standing and applauding with joy. 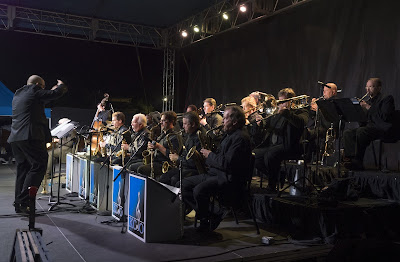 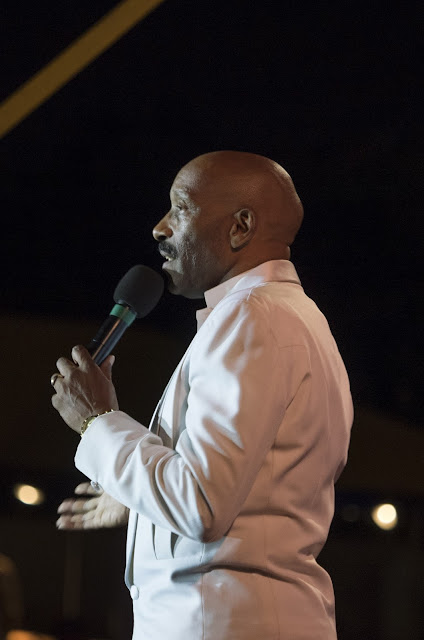 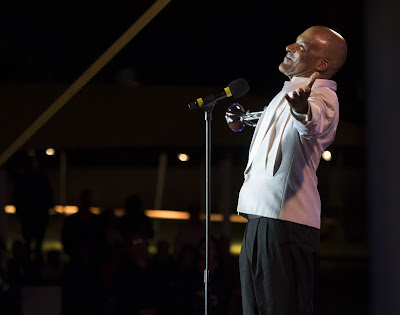 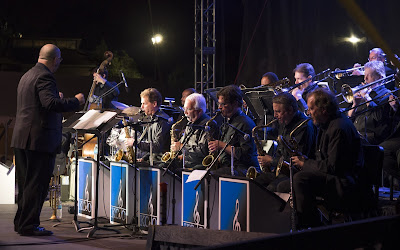