The weather could not have cooperated better.

The Prairie Village Jazz Festival is still remembered by some for its second year when a microburst pummeled the grounds and ended the day after two acts. Perhaps the weather gods realize they overdid it that year – and they did – and have have been making up for it since.

This year, on Saturday September 10th, crowds started building early and stayed through the McFadden Brothers and The Kansas City Jazz Orchestra bringing thousands to their feet to sway to the magnificent music.

We’ll get to photos of the finale (and Angela Hagenbach and Matt Kane and the Generations Sextet) next week. This week, we take a glance at the day’s first four acts, including Tyrone Clark and True Dig with Lisa Henry, Horacescope, the Peter Schlamb Quartet and the Shawnee Mission East blue Knights. 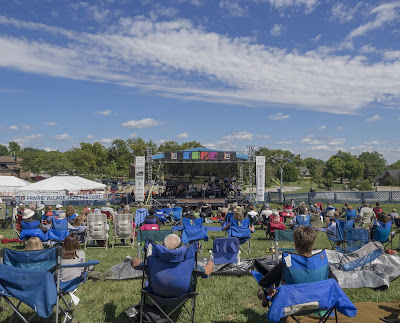 A decent sized crowd for 2:30 in the afternoon and magnificent weather greeted the Shawnee Mission East Blue Knights to open the 2015 festival. 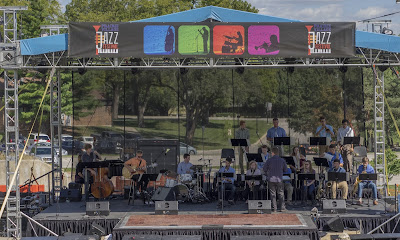 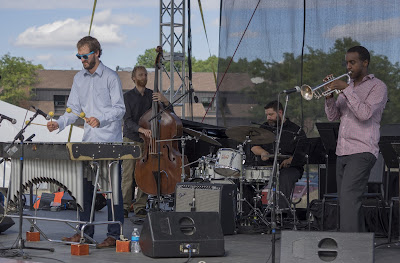 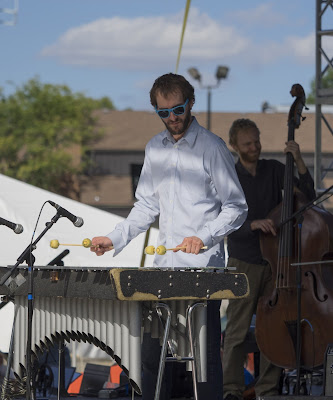 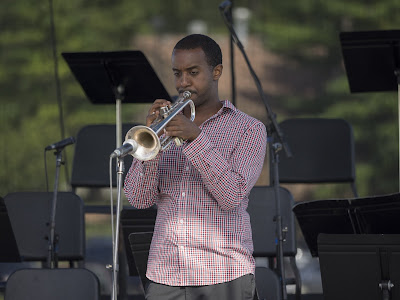 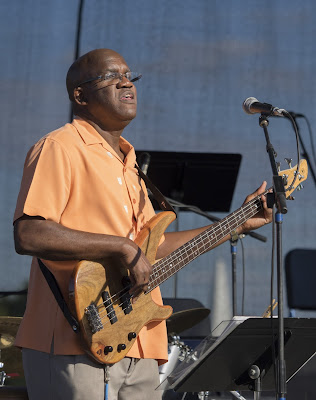 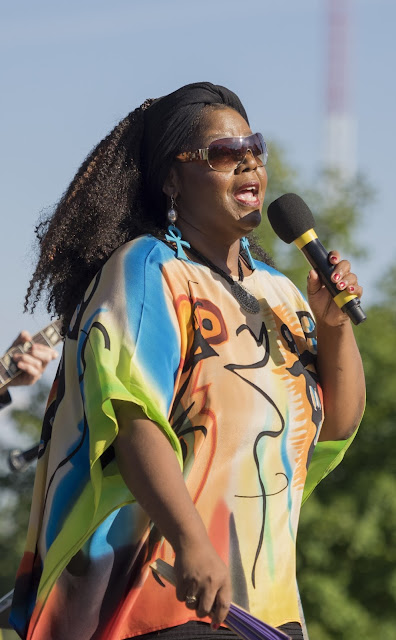 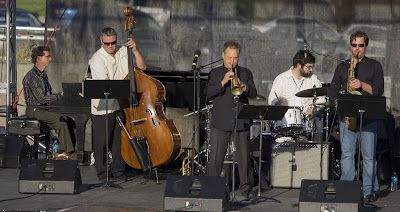 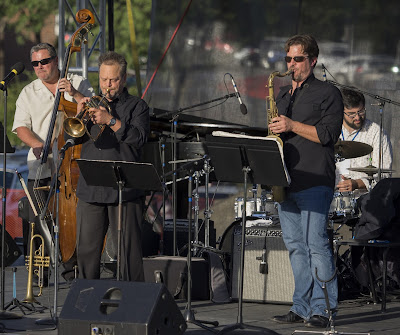 As the sun started to set, the crowd grew.