A photographer craves the perfect light, the setting sun hitting the stage at a unique angle to illuminate the musicians perfectly, a fifteen minute period when you can capture a once in a lifetime shot.

At the 2012 Prairie Village Jazz Festival on September 8, the perfect light hit during the stage change between Megan Birdsall’s set and Bobby Watson’s set. Next year’s festival really needs to time that better.

The sun had settled behind the hill at Harmon Park when Bobby Watson took the stage. Backed by bassist Curtis Lundy, in from New York, Richard Johnson from Minneapolis on piano and Kansas City’s Michael Warren on drums, Bobby’s alto captured the crowd. Co-headiner Karrin Allyson followed with a wonderful set, accompanied by Los Angeles sax and woodwind master Bob Sheppard, and a trio of current and former Kansas Citians, jazz masters all: Rod Fleeman on guitar, Gerald Spaits on bass and Todd Strait on drums.

I offered photos of Gerald and Todd last week, from Mike Metheny’s set. Now here’s photos of the rest of the festival headliners. As always, clicking on a shot should open a larger version of it. 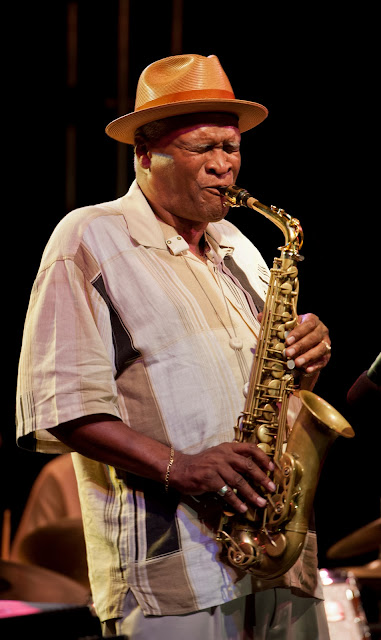 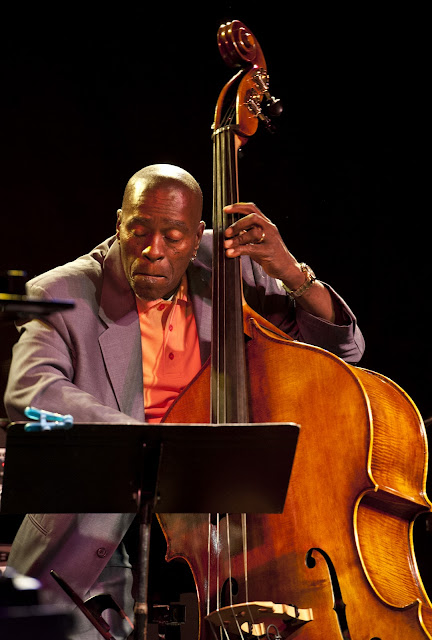 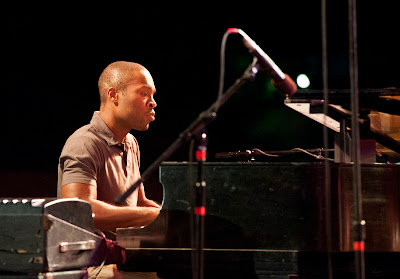 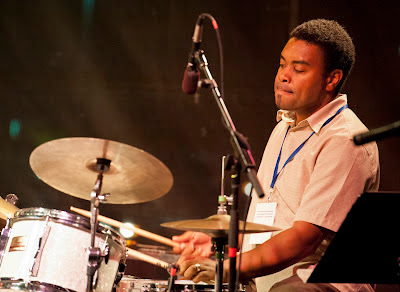 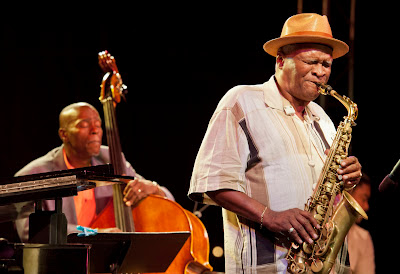 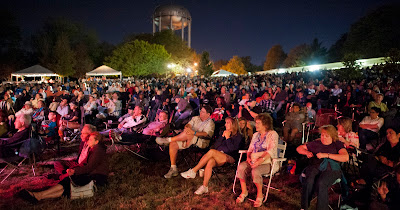 At night, the audience filled the hill. 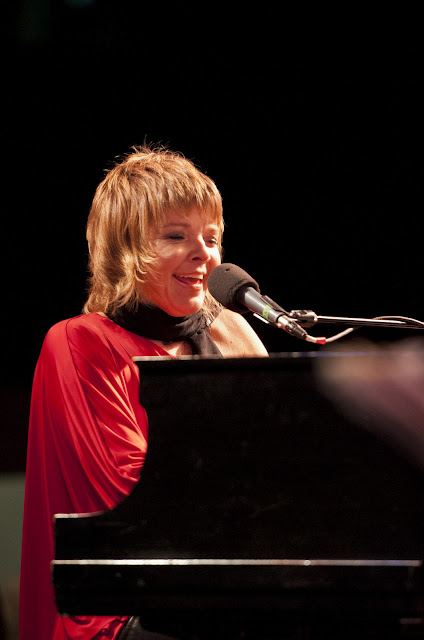 Karrin Allyson on piano and vocals 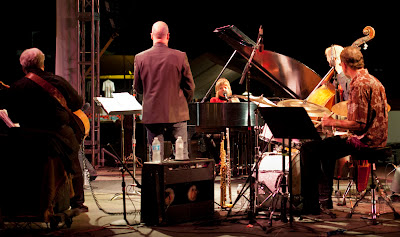 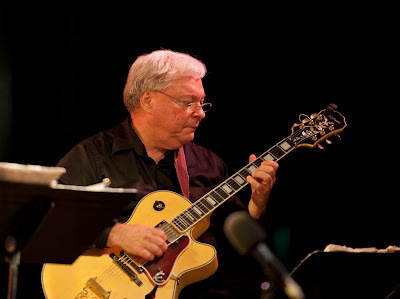 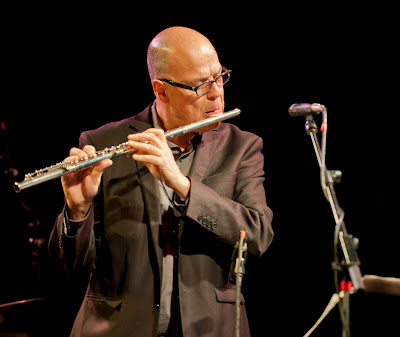 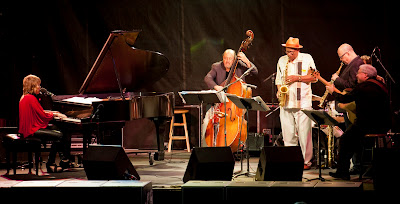