This 'n That 'n McKemy CD

Bass, drums, guitar and accordion. How’s that for a jazz quartet?

I wasn’t getting out for jazz when Malachy Papers was performing around town. So I didn’t know who Bill McKemy was until Ben Leifer left town (he’s since returned). That was when Mark Lowrey and Shay Estes chose Bill as Ben’s replacement on bass in their quartet. That’s when I discovered there’s at least one more terrific bassist in Kansas City than I had previously known.

Mark told me at the time that they had chosen Bill in part for his compositional prowess. That prowess is on full display on Duende, Bill’s 2002 CD which is being rereleased.

Duende, Google Translate tells me, is Spanish for elf. I’m not certain how that applies, except that a couple of of the spontaneous compositions (that’s what the liner notes call them) are elfin in size. But nothing on this CD is elfin in quality.

Jeffrey Ruckma’s accordion may seem on the surface an unusual choice, but the sound fits the Spanish flavor of this music perfectly. Brian Baggett’s electric guitar at times at times reaches for the musical edge and seems to leave apparent Spanish influences behind. But Bill’s bass and Ryan Bennett’s drums keep the proceedings grounded.

Duende will be rereleased at a special show at Take Five Coffee + Bar on September 22. You do not want to miss either the CD or the performance.

But before then, this Saturday as a matter of fact, you do not want to miss the Prairie Village Jazz Festival.

Music starts at 3 p.m. with Diverse. It continues with the Rich Wheeler Quartet at 4:20. At 5:40 you can hear the all-too-rarely heard Mike Metheny. 7:00 brings incomparable vocalist Megan Birdsall to the stage. At 8:20, hear not just the best saxophonist in KC, but arguably the best saxophonist anywhere: Bobby Watson. The festival wraps up with jazz star Karrin Allyson’s first performance in the area since last Thanksgiving, starting at 9:40.

I took photos at the first Prairie Village Jazz Festival two years ago. So, to whet your festive appetite further, let’s take a look at a few of those shots not previously posted. 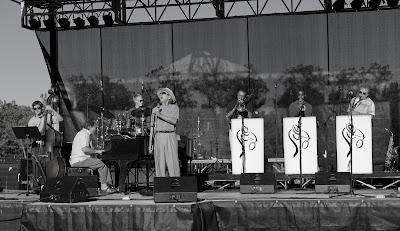 Two years ago, David Basse's group was among the local acts. This year, David will emcee the fest. 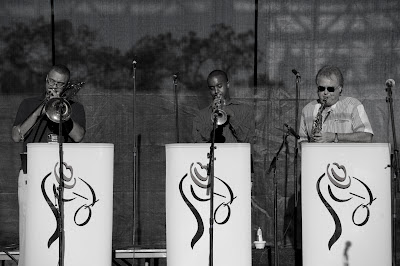 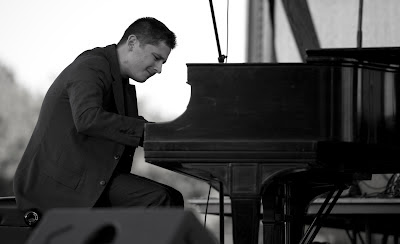 Eldar Djangirov was one of the 2010 headliners... 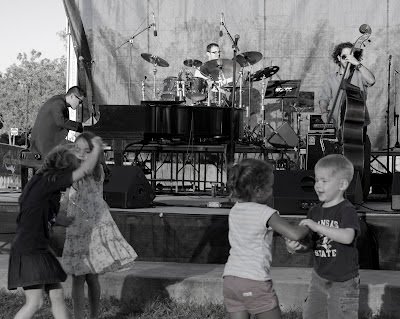 ...And the crowds danced (I predict dancing again this year). 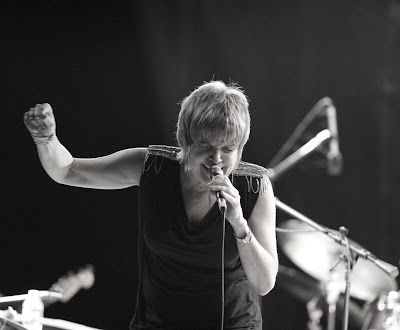 Two years ago, Karrin Allyson performed a few songs with The Kansas City Jazz Orchestra. This year, she headlines a full set with her own band.