Thousands of fans. They crowded the hill at Harmon Park on September 8th to enjoy the music, the food, the beer and the wine – but mostly the music – at the third annual Prairie Village Jazz Festival.

As one of the organizers of this year’s event, I’ll not feign an unbiased assessment. But I will credit one group above all others for the day’s success: The musicians. Every performance was magnificent.

Opening act Diverse, in their new configuration with drummer Brad Williams, mostly played tunes the arriving audience might recognize, but branded by their own contemporary resolve. Rich Wheeler’s quartet spanned their own compositions to the blues. Everyone who heard Mike Metheny understands why I keep telling him he needs to perform locally more often (and he’s starting to do that). And everyone who heard Megan Birdsall heard a vocalist wrap herself around familiar standards and pop classics to make them entirely hers.

I took photos. This week, let’s share shots of the local acts. Next week, we’ll take a look at the headliners’ groups. As always, clicking on a photo should open a larger version of it. 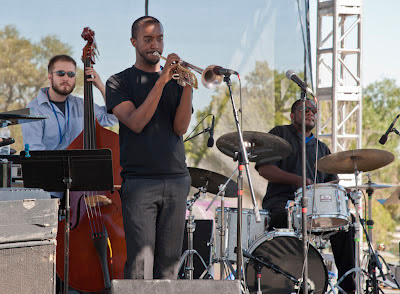 As Diverse performs, the audience grows. 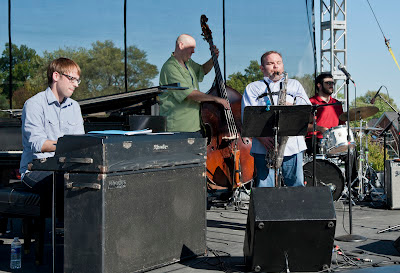 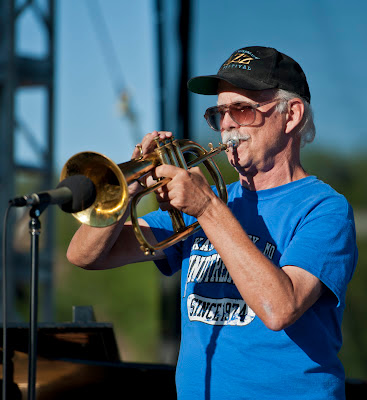 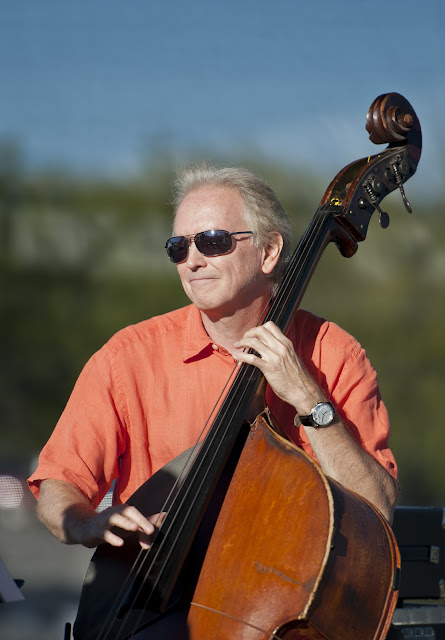 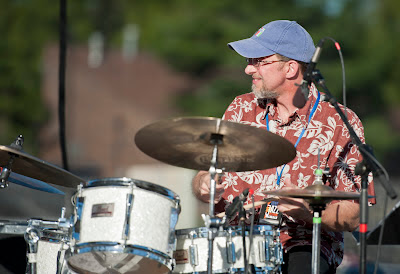 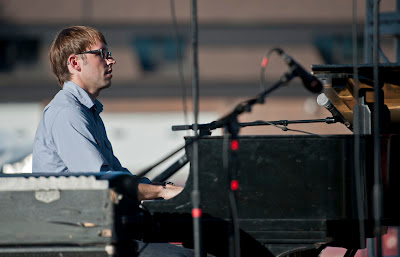 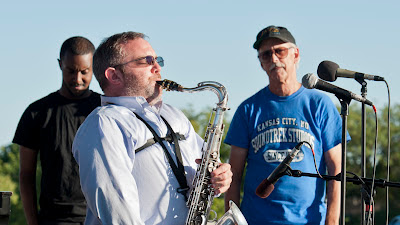 Mike invited Hermon Mehari and Rich Wheeler to join him on his set. Here, Hermon and Mike enjoy Rich's solo. 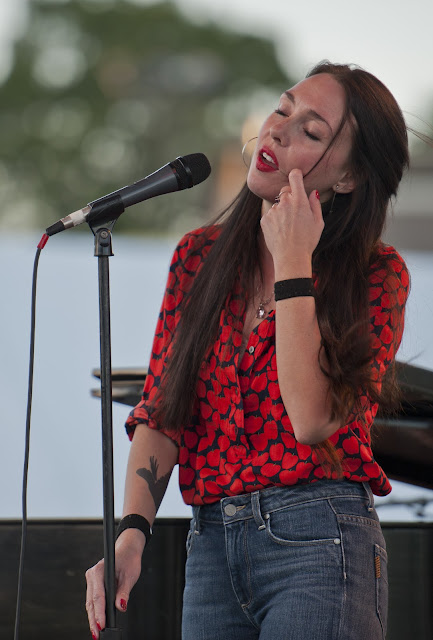 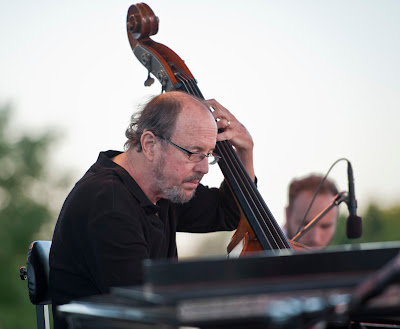 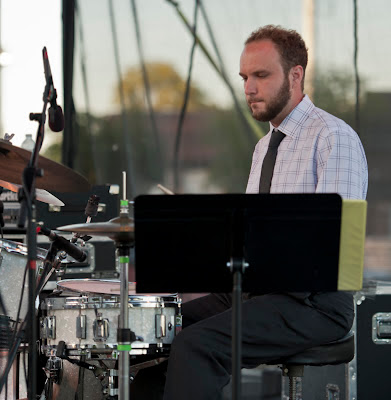 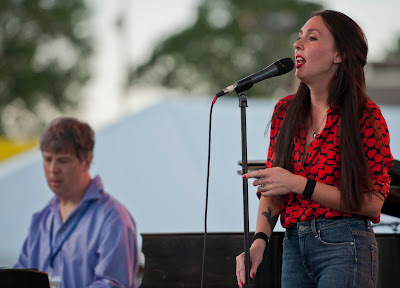 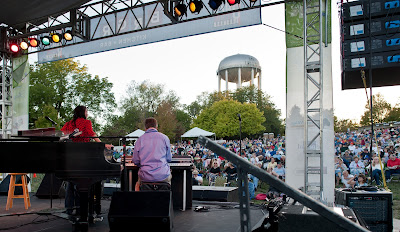 Megan and Wayne. As the sun starts to set, the audience fills the hill.