In Lieu of 1000 Words: Kelley Hunt and the Messenger Legacy Band

Reasonable people could reasonably disagree over how many acts on the main stage of Kansas City’s 18th and Vine Jazz and Blues Festival were actually jazz or blues. But neither of these two acts would be in question.

Kelley Hunt’s music breathes the blues, with an undercurrent of gospel and a splashy dose of boogie-woogie. The festival’s main stage couldn’t have opened with more vibrancy or life than Kelley gave it.

The crowd was building by the time the Messenger Legacy Band took the stage on October 12th. If you missed them, or Kelley Hunt, you can see below how the festival stage looked. As always, clicking on a photo should open a larger version of it. 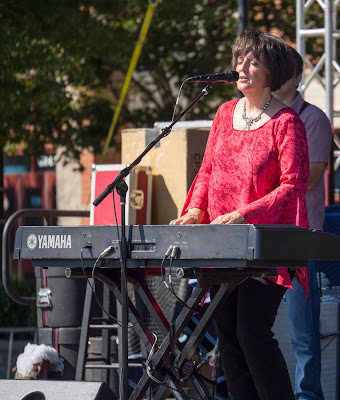 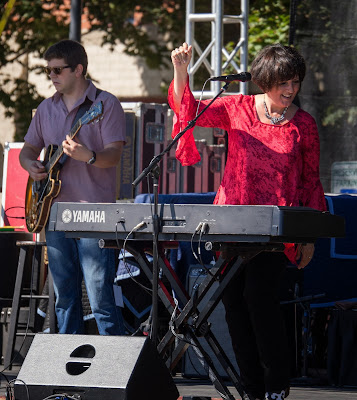 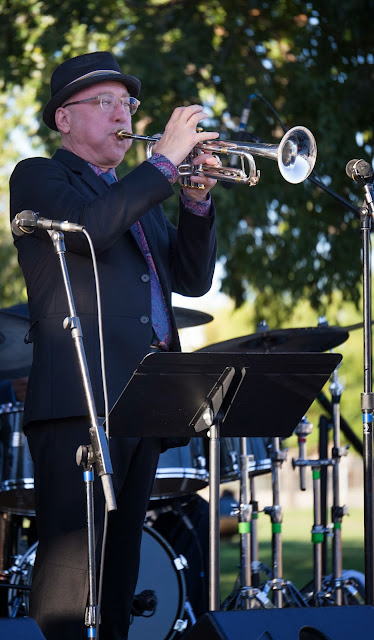 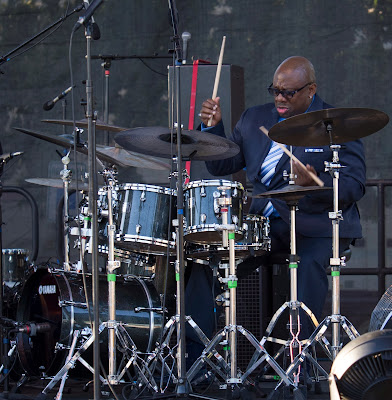 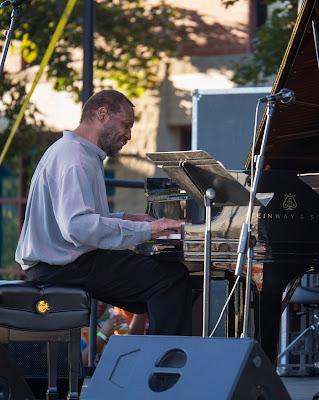 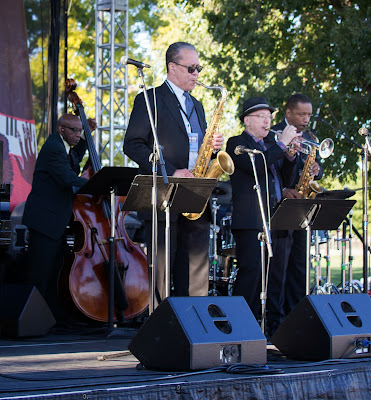 Reggie Workman and the front line