What the Jazz Museum Was Going To Be, Part 1

Next March marks 25 years since the official announcement that an International Jazz Hall of Fame would be built in Kansas City.

As I recounted nearly four years ago, here, on March 11, 1989, Dizzy Gillespie joined a grand announcement, attended by politicians, civic leaders, the press and area jazz officials (I was transitioning from chairman of the Kansas City Jazz Commission to president of the Kansas City Jazz Festival at the time). Renovation would convert the public works buildings at 21st and Vine into the International Jazz Hall of Fame. Two wings would house jazz archives and embrace performing arts education, including the Parker-Gillespie Institute of Jazz Masters and the Mahalia Jackson University of Gospel Music. New construction would add a theater, offices, classrooms and a jazz radio station. The Count Basie Orchestra would relocate here and conduct workshops. A walkway would connect the Hall of Fame with the Black Archives, in the castle building across Vine Street.

Kansas City jazz fans had pursued the dream of a jazz museum, or a jazz hall of fame, at least since the 1960s. But the grand plan announced at this 1989 press event is the one that would evolve into the Jazz Museum / Negro Leagues complex we know today.

A brochure was distributed at the announcement, full of accolades and details. I still have my copy, autographed by Dizzy Gillespie.

And now I’ve scanned it.

This week and next, I offer the brochure that lays out in drawings, architectural plans, budgets and explanations, the International Jazz Hall of Fame announced in Kansas City in 1989.

(Clicking on any image should open a larger and more legible version of it.) 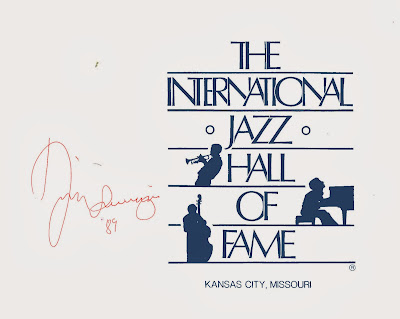 The front cover, autographed (in red) by Dizzy Gillespie. 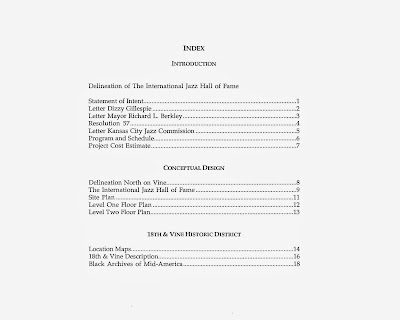 The Table of Contents 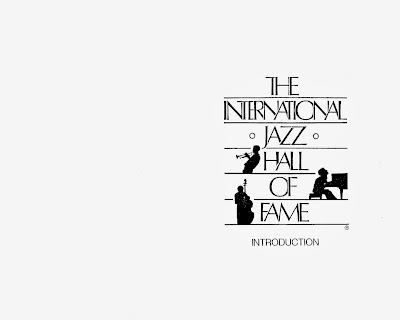 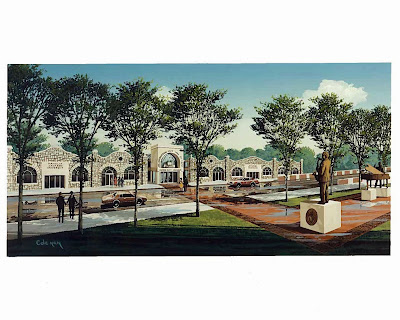 This illustrates the development as announced. The one-time public works buildings between 21st and 22nd Streets facing Vine would have been renovated. A walkway connecting the Hall of Fame to the Black Archives would have crossed the street, adorned with statues of Charlie Parker and Count Basie. 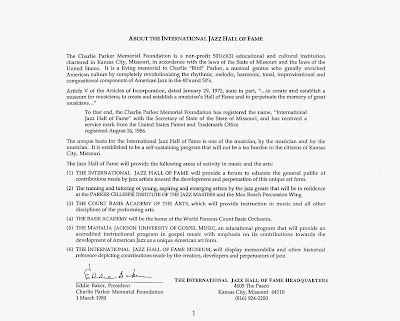 A statement from Eddie Baker of The Charlie Parker Foundation. The announced plan was the realization of the vision Eddie had long advocated. 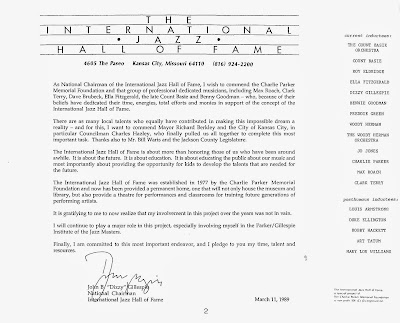 A statement from Dizzy on behalf of The International Jazz Hall of Fame. 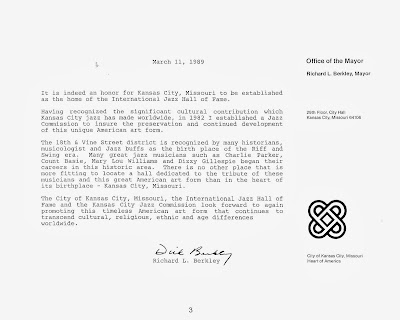 A statement from the Mayor. 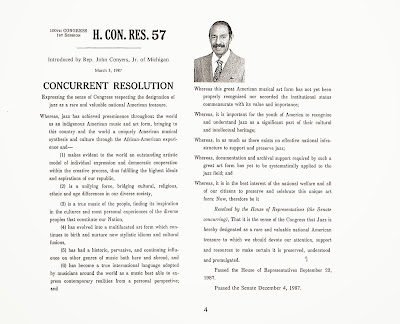 In 1987, Congress had passed this resolution recognizing jazz as “a rare and valuable national American treasure.” 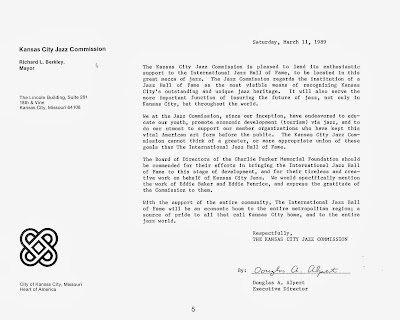 A statement from the Kansas City Jazz Commission. 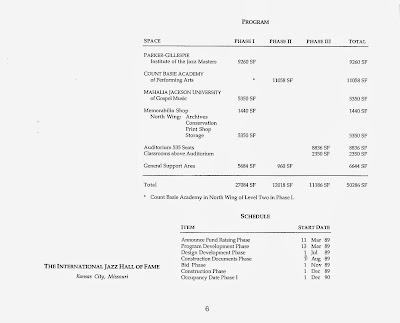 The Hall of Fame was to be constructed in three phases. Here is the space that was to be built out in each stage and the schedule for the completion of stage one. 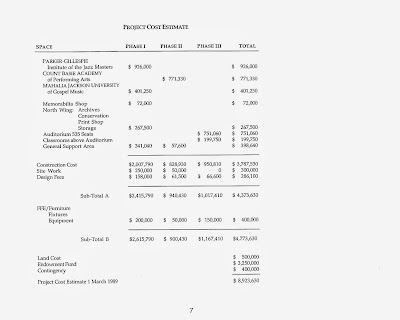 This was the announced budget. The Hall of Fame would be completed for just under $9 million, including a $3,250,000 endowment. Of course, that couldn't be done. The city spent $26 million opening the American Jazz Museum / Negro Leagues complex that was built instead. 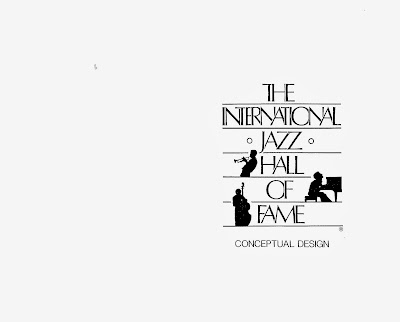 Next, the Conceptual Design Section

Next week’s pages include more illustrations, more detailed explanations of each section of the Hall of Fame, and architectural plans which provide the greatest insight into the institution that was going to be built.