Maybe this will be where the musicians hang out. It certainly was two days after Christmas.

Singer Megan Birdsall came to the new Broadway Jazz Club armed with some of the best KC jazz musicians you could hope for: Paul Smith on piano, Danny Embrey on guitar, Steve Rigazzi on bass and Sam Wisman on drums. Then Steve Lambert walked in, tenor sax in hand. Trombonist Kevin Cerovich and bassist Ben Leifer stopped by after their Take Five gig ended. Pianist Andrew Ouellette, bassist Bob Bowman and drummer John Kizilarmut all showed up. So did Mambo DeLeon, with congas.

For the third of her four sets, Megan called the guests to the stage and joined them for an unexpected jam. It was a wild glimpse at more of the breadth of jazz talent bursting through Kansas City today.

And it was a glimpse at the potential of the new Broadway Jazz Club. Its location is in a part of town that KC jazz fans have not been asked, for many years, to consider. The club’s challenge is convincing everyone to come on down and sample the inviting atmosphere, the solid staging and sound, and the good food and drinks. If word builds that nights like this are what you’re missing, that challenge becomes considerably easier to conquer.

So take a look at the photos below. If you weren’t at the new Broadway Jazz Club on Saturday night, December 27th, this is what you missed.

Now, make a point not to let that happen again.

(As always, clicking on a photo should open a larger version of it.) 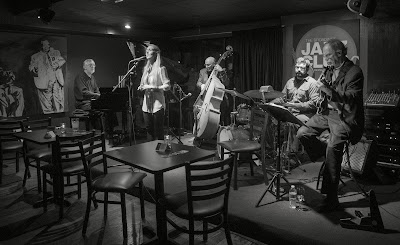 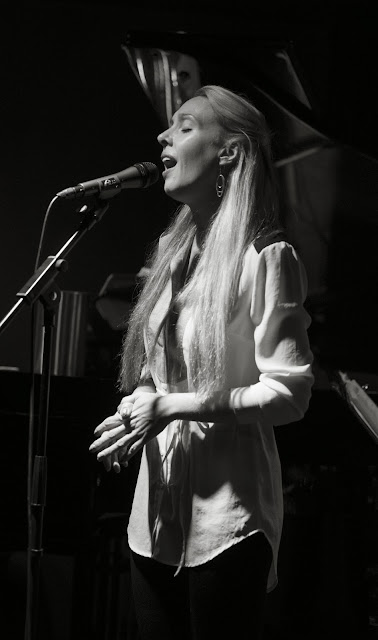 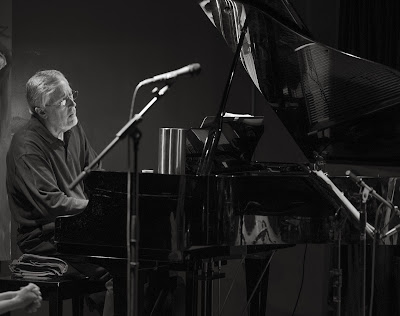 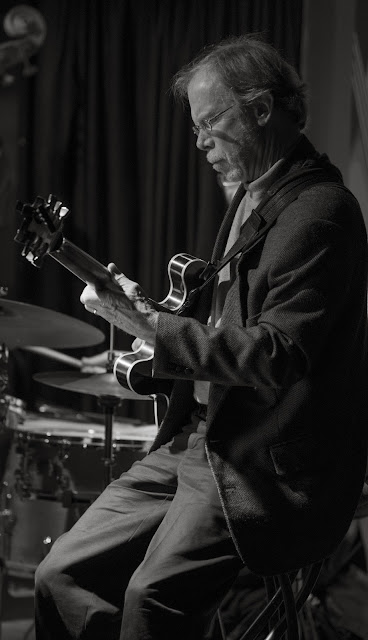 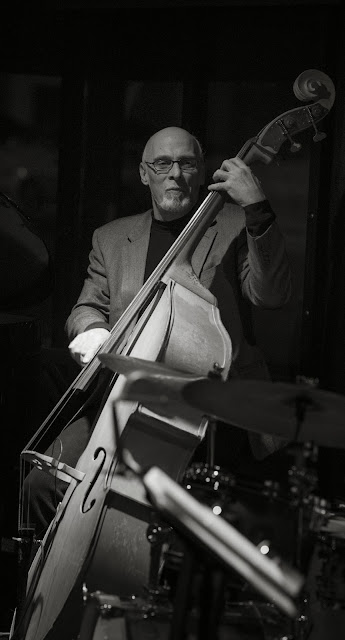 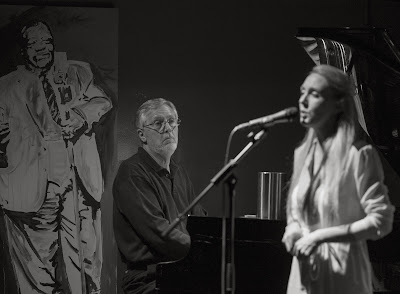 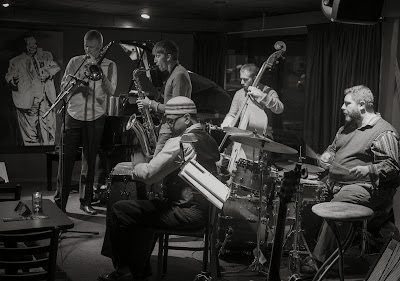 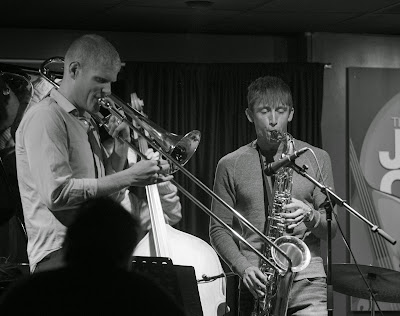 Kevin Cerovich on trombone and Steve Lambert on tenor sax 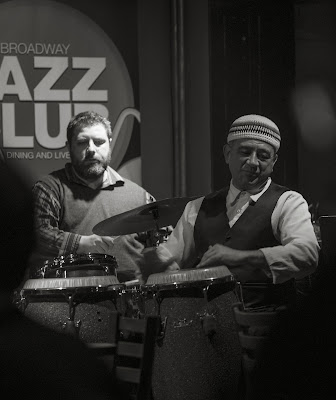 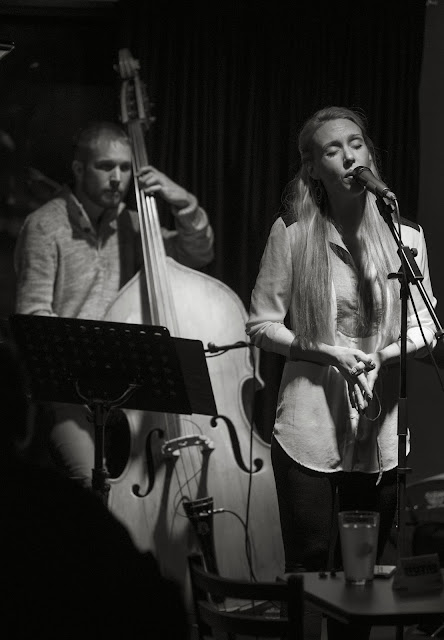 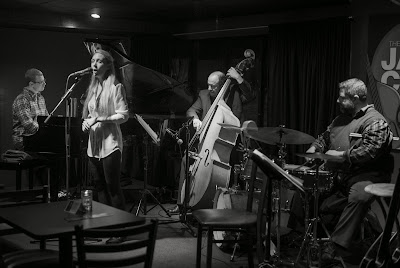 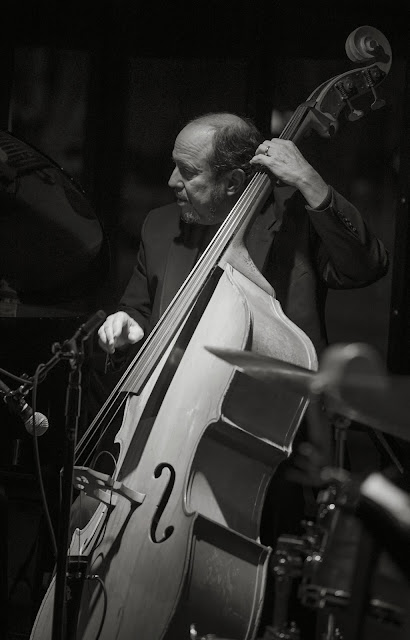 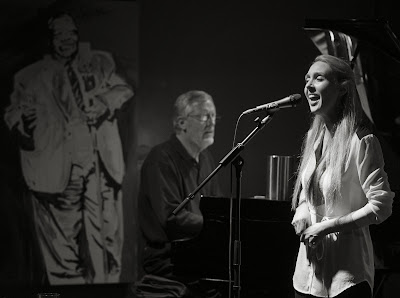