It’s possible that nobody in the Kansas City jazz community has more friends than Everette DeVan.

Start with his command of the Hammond B3 organ, a one of a kind sound, unmatched in jazz and mastered by few. Everette’s decades of swinging Kansas City jazz and soulful blues ranks him as one of the most popular and in-demand jazz musicians in KC.

Add his weekly jam sessions at The Phoenix. More often than not, they fill that club with fans.

It’s a compilation of some of the most remarkable talent to play a part in Kansas City jazz, an all-star list of who’s who and who-is-going-to-be.

Everette suffered two small strokes recently. Tonight (Monday, February 24th), at The Broadway Jazz Club, 3601 Broadway, Dionne Jeroue and Eboni Fondren host a benefit to raise money to help one of Kansas City’s favorite musicians with his expenses. Come and you’ll see what I mean about the breadth of Everette’s friends. A list released a week ago already named over 40 musicians planning to perform. Green Lady Lounge is closing tonight to direct fans to this benefit. It starts at 7 p.m. and runs to 1 a.m.

But if you can’t be there, or are reading this after this benefit has ended, your help is still welcome. Donations can be made at the Everette DeVan Fund page at http://www.gofundme.com/6t397g . That’s a link. Click on it now to donate.

Below, you’ll see some of Everette’s disciples – all of whom will perform tonight – who sat in for him last Wednesday at The Broadway Jazz Club. The night was to be Everette’s gig. Instead, it showcased a sampling of some of the amazing talent Everette DeVan has mentored, and will continue to mentor, into Kansas City’s jazz scene. 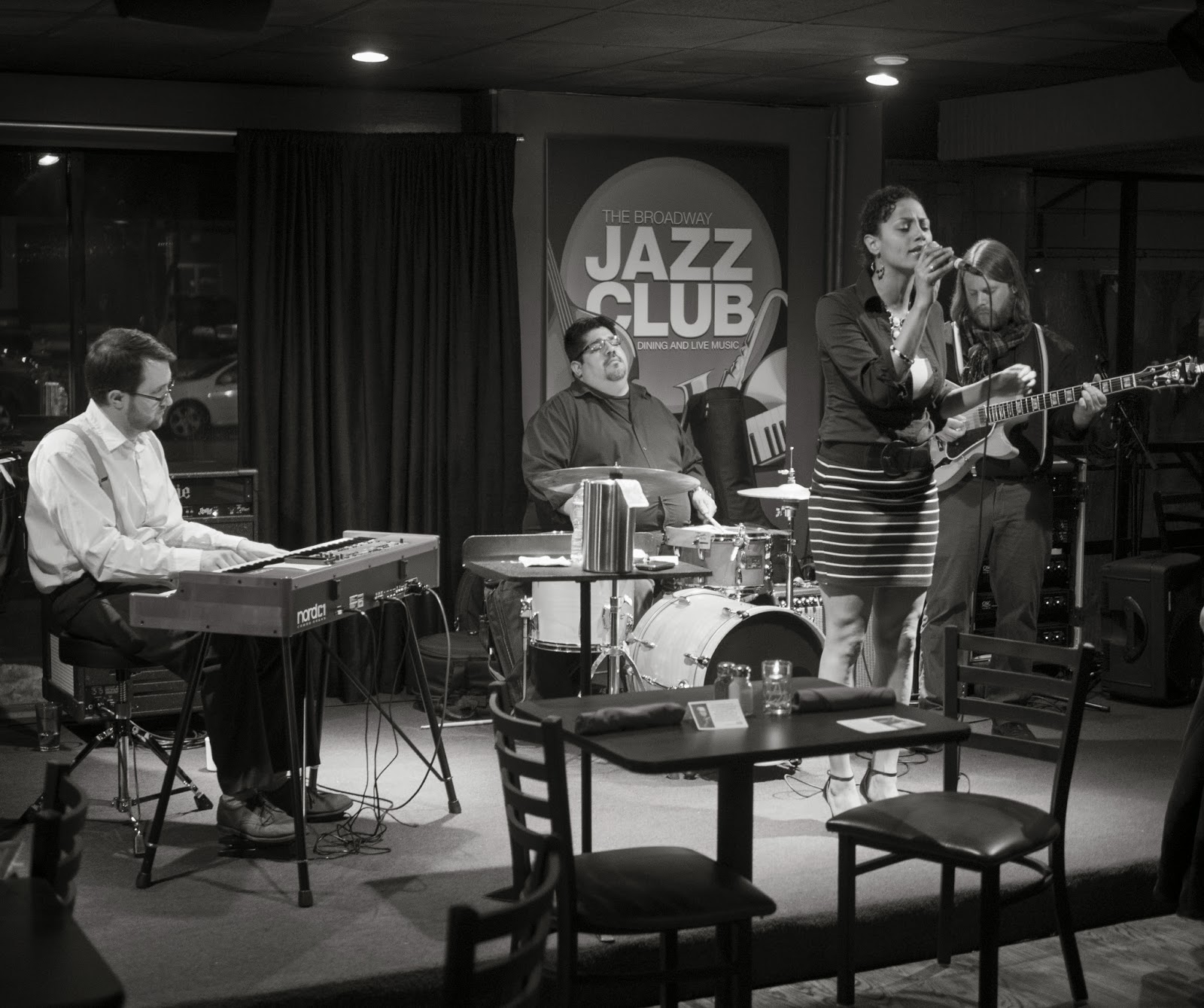 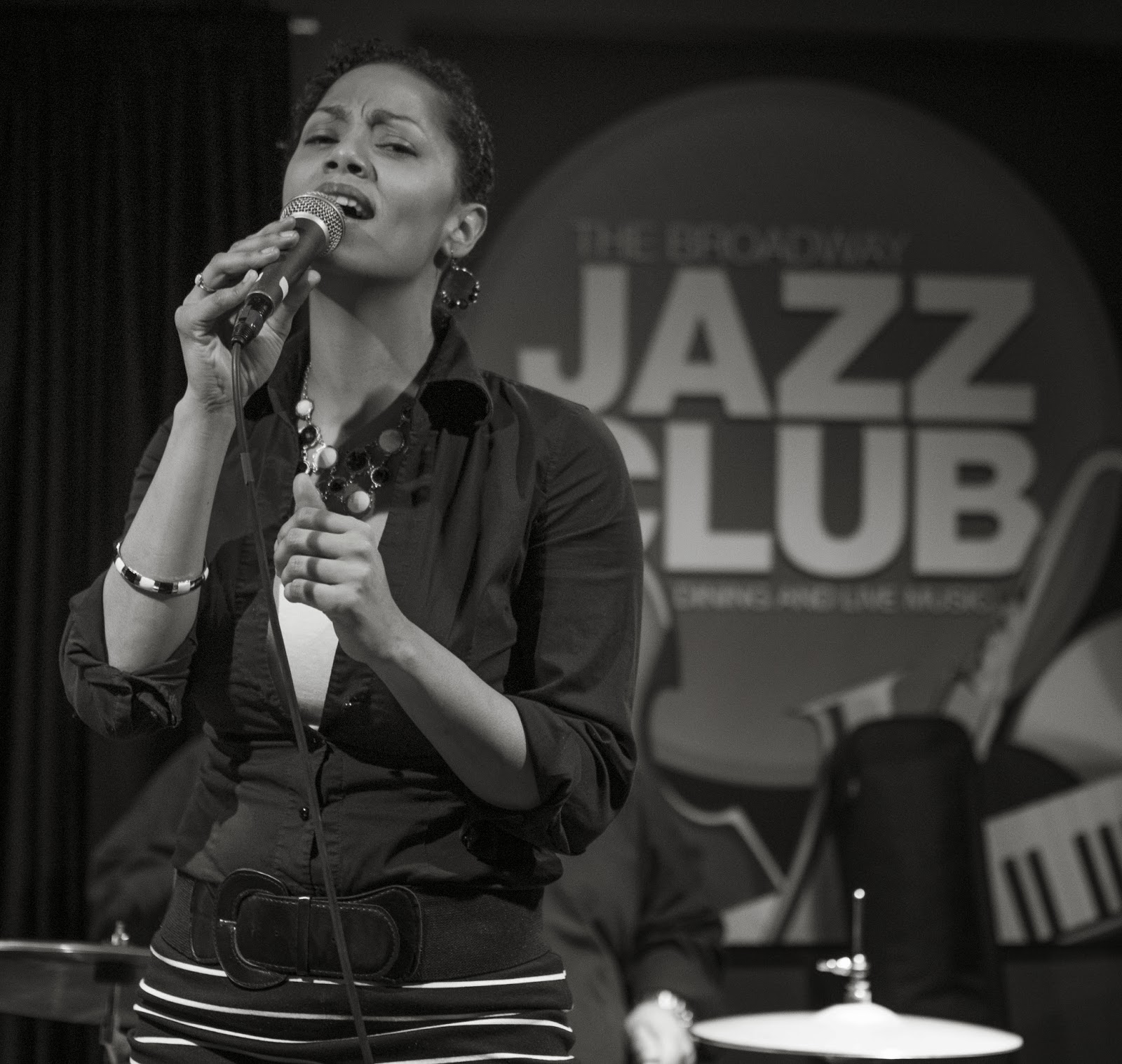 The ensemble was joined by singer Kelley Gant 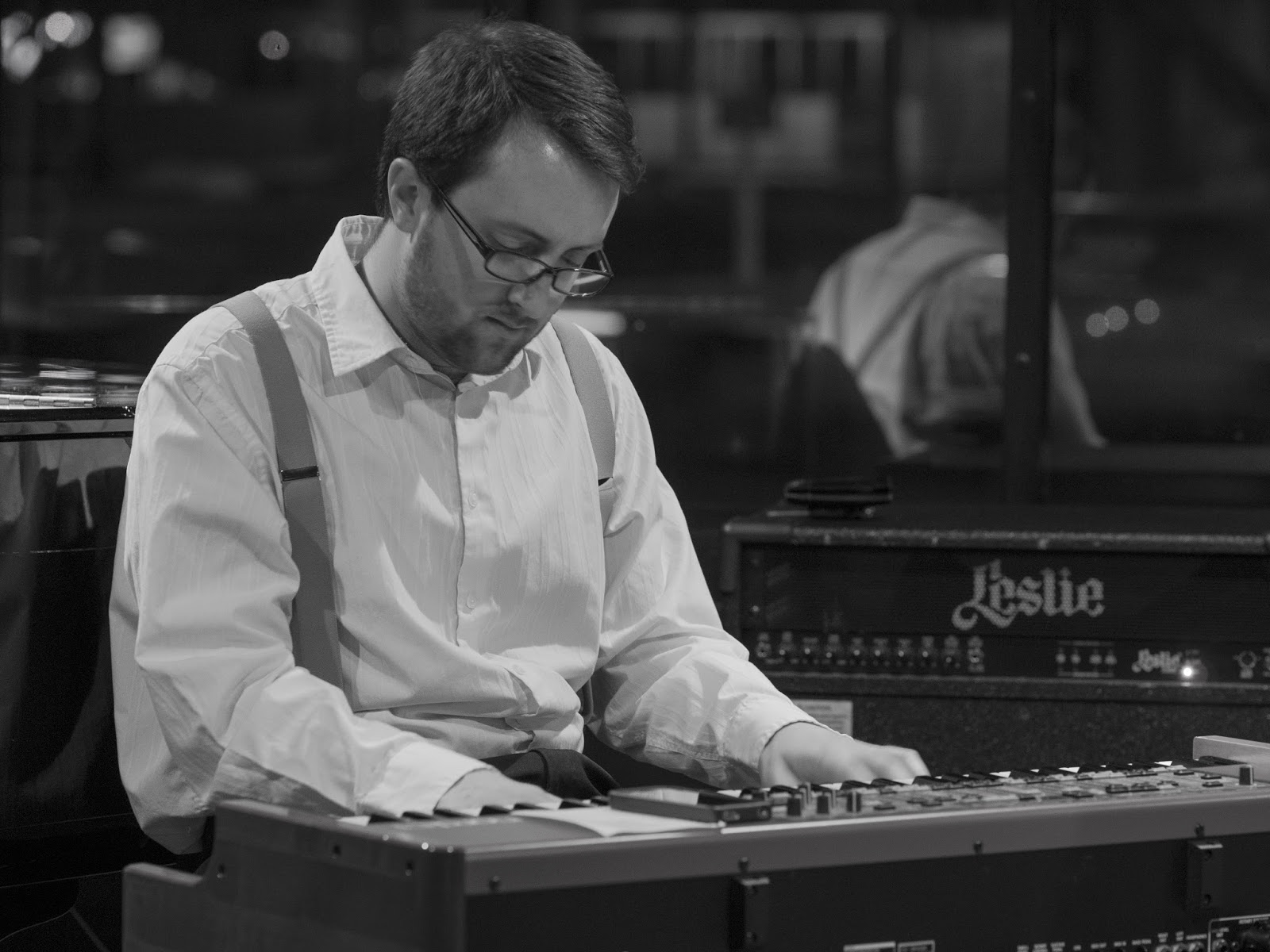 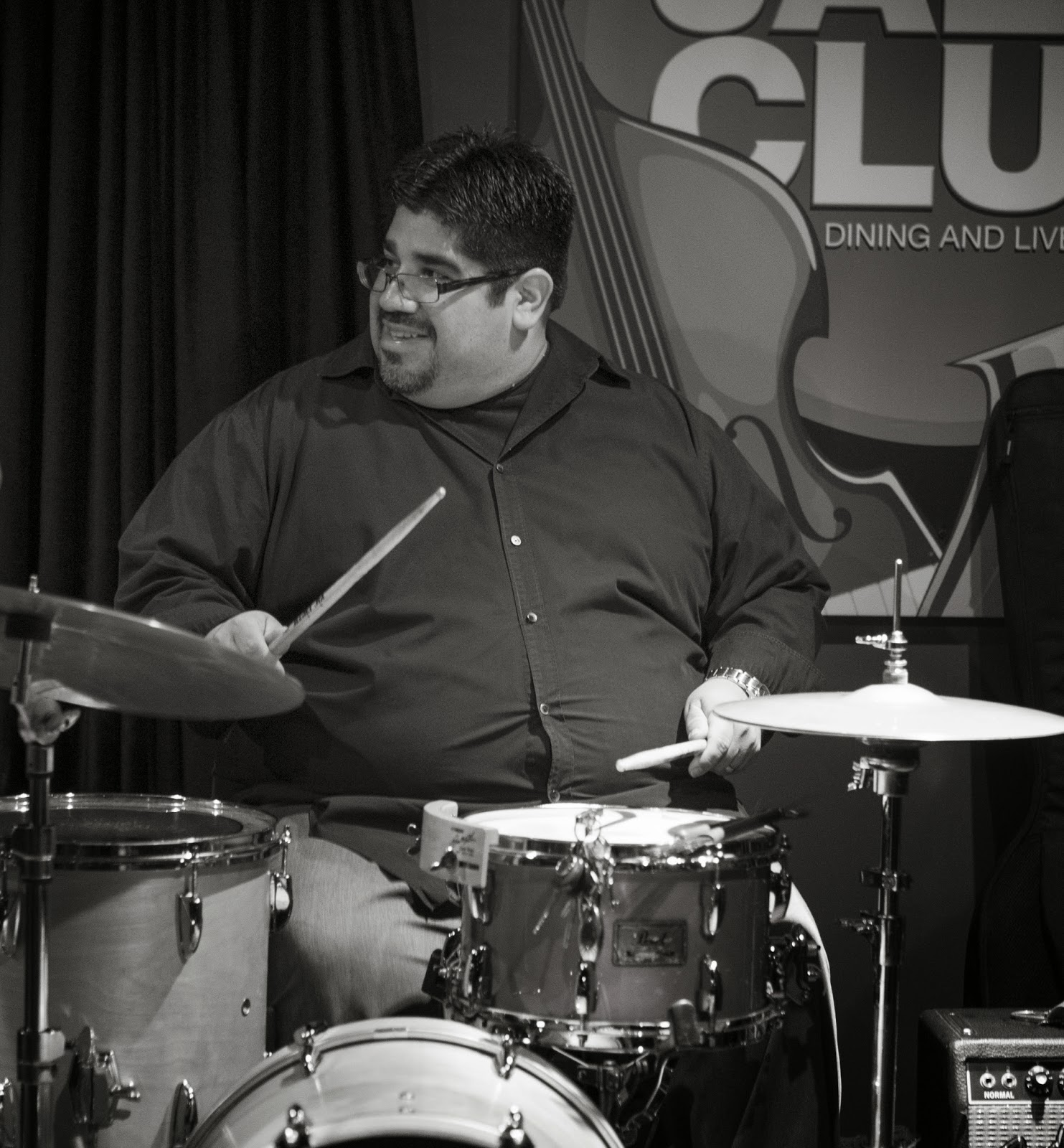 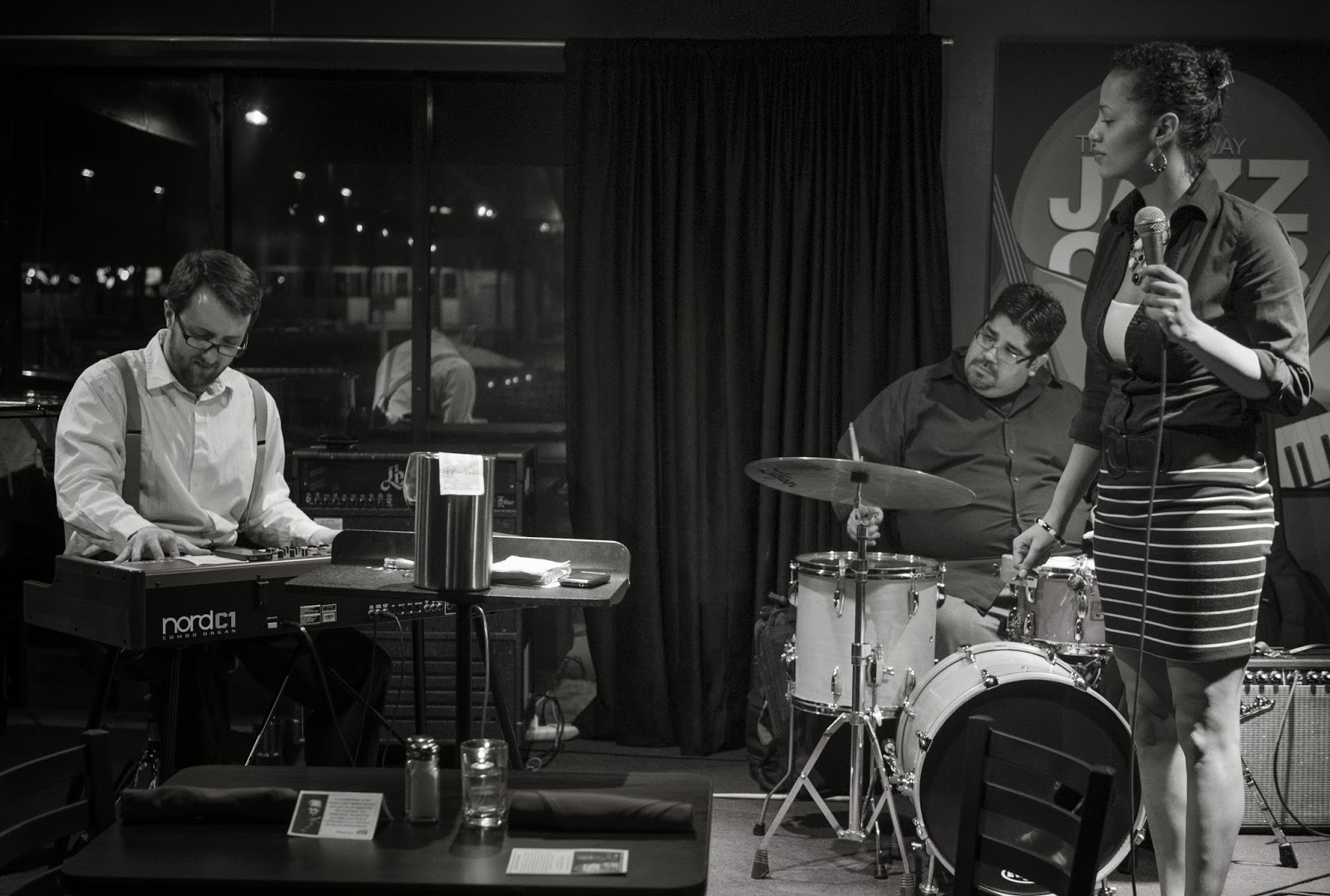 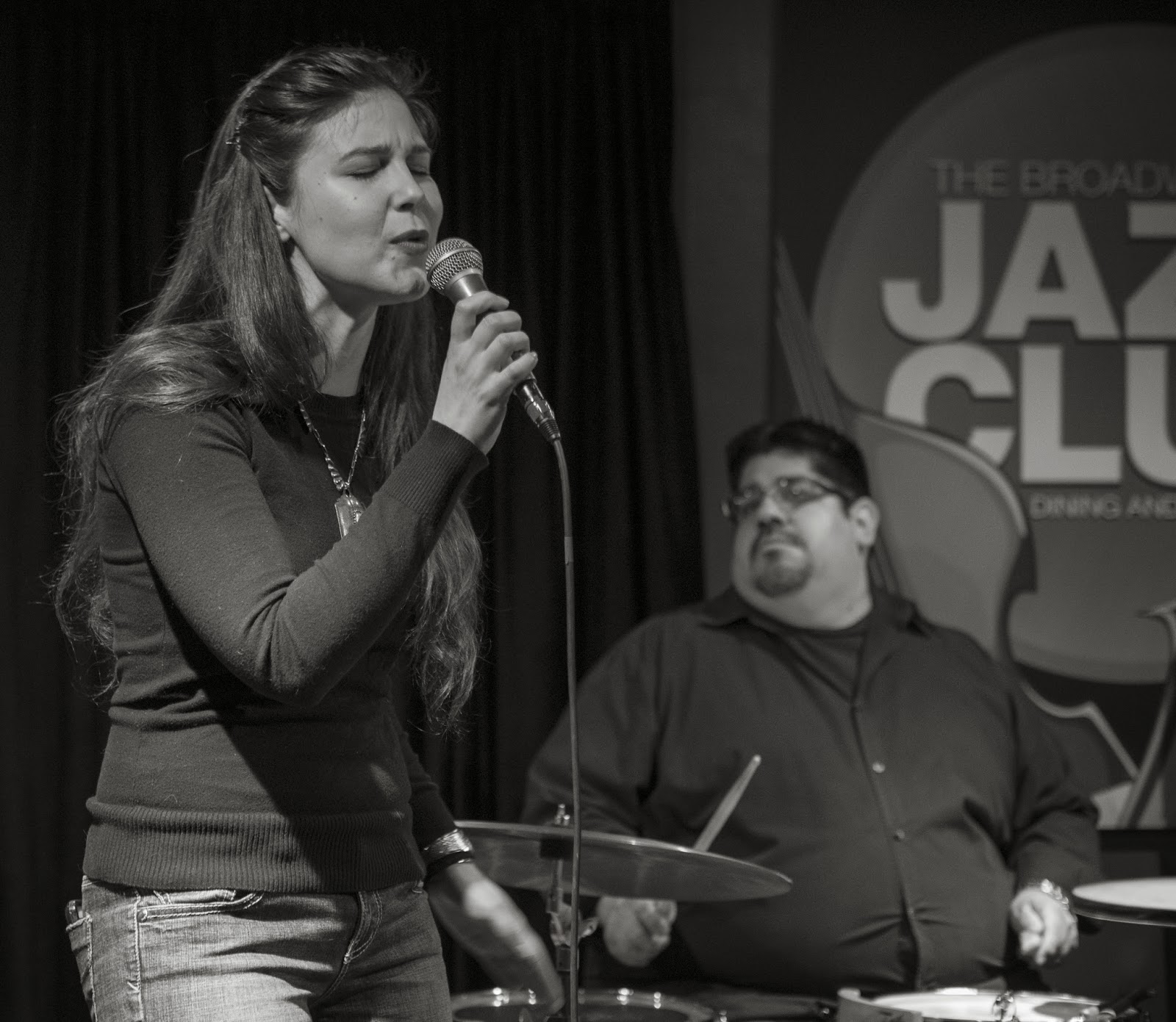 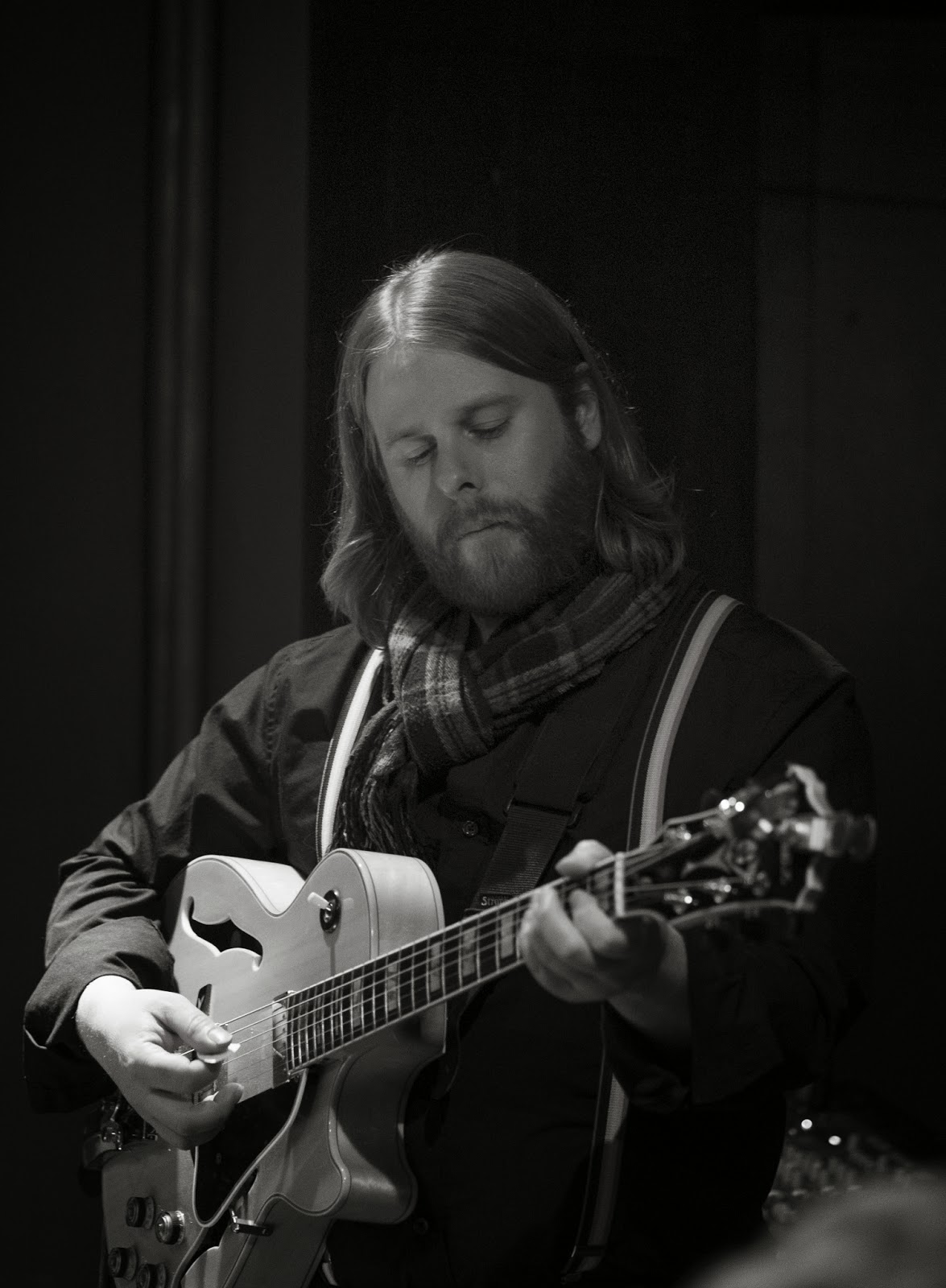 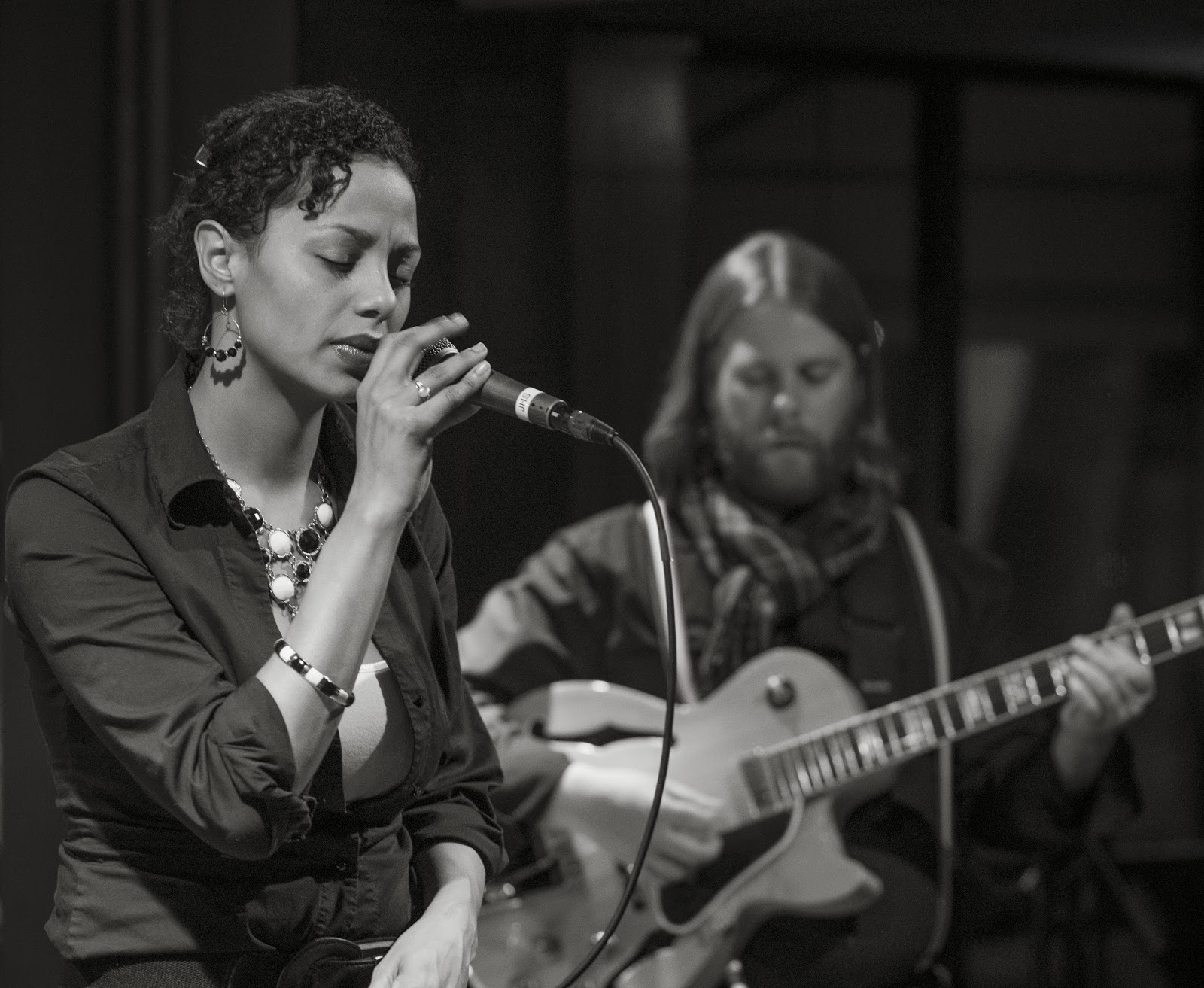 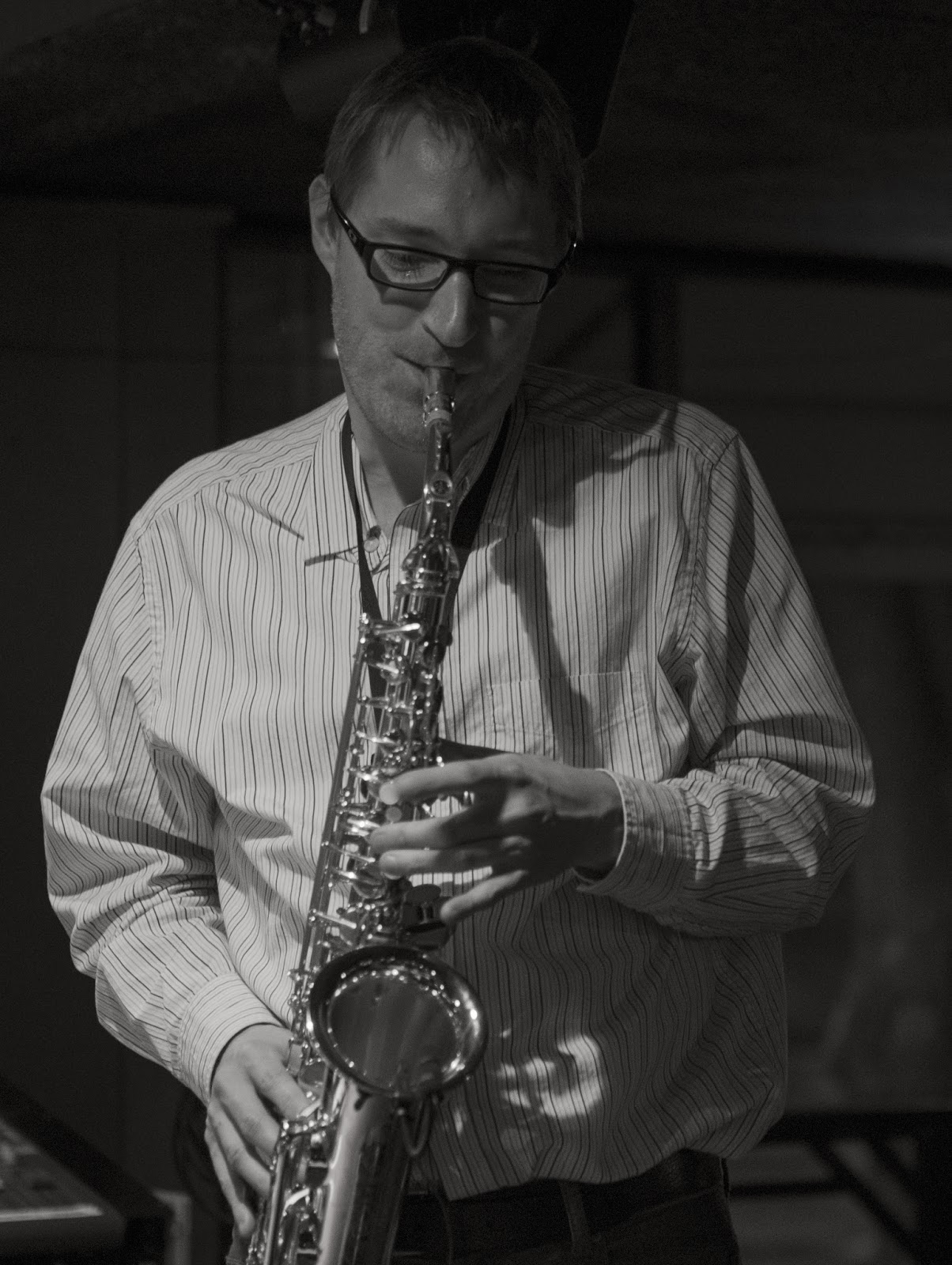 Unlike the others on stage, I don’t believe Ian Corbett is one of Everette’s disciples. But his alto sax was a wonderful addition to the evening. 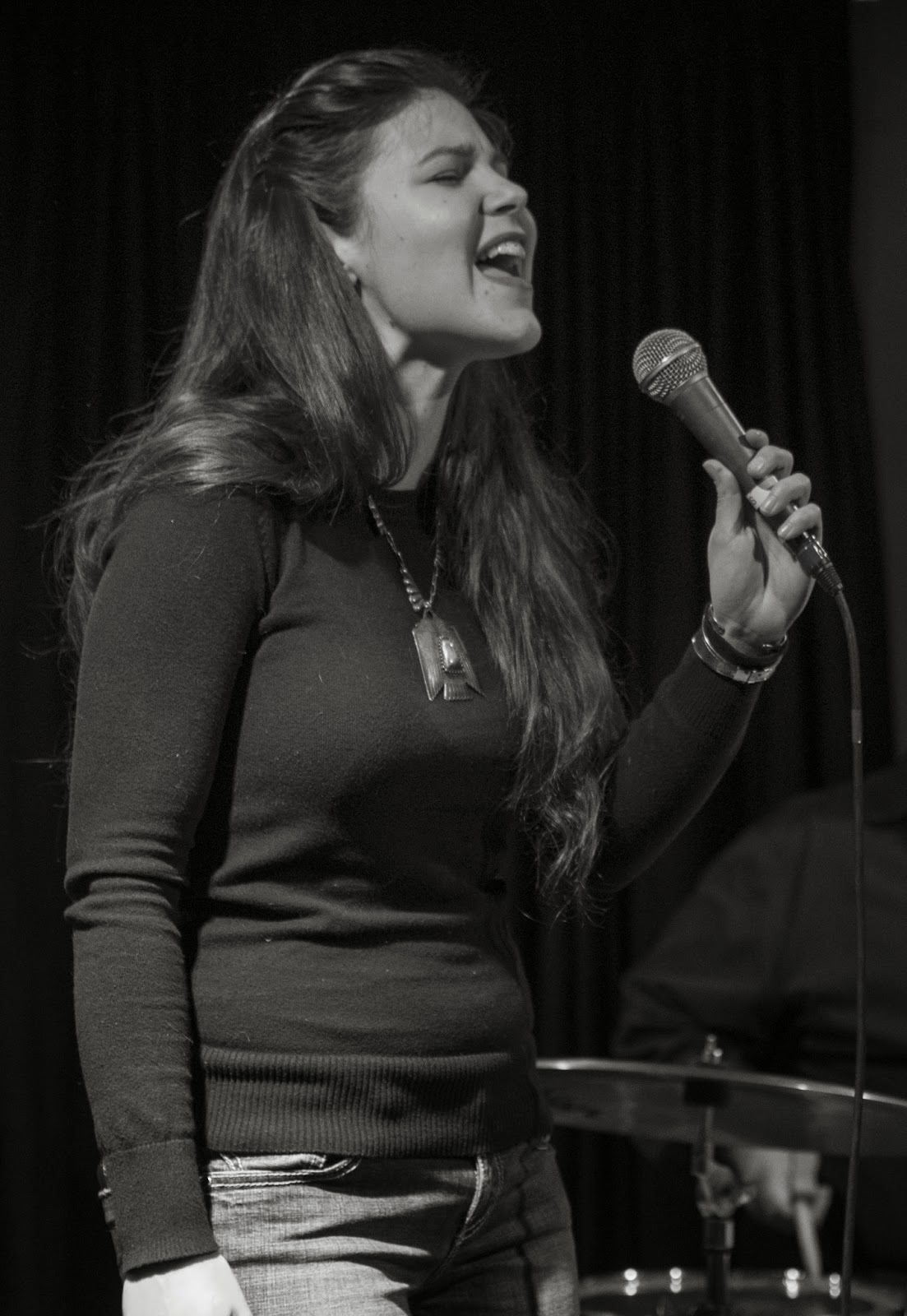 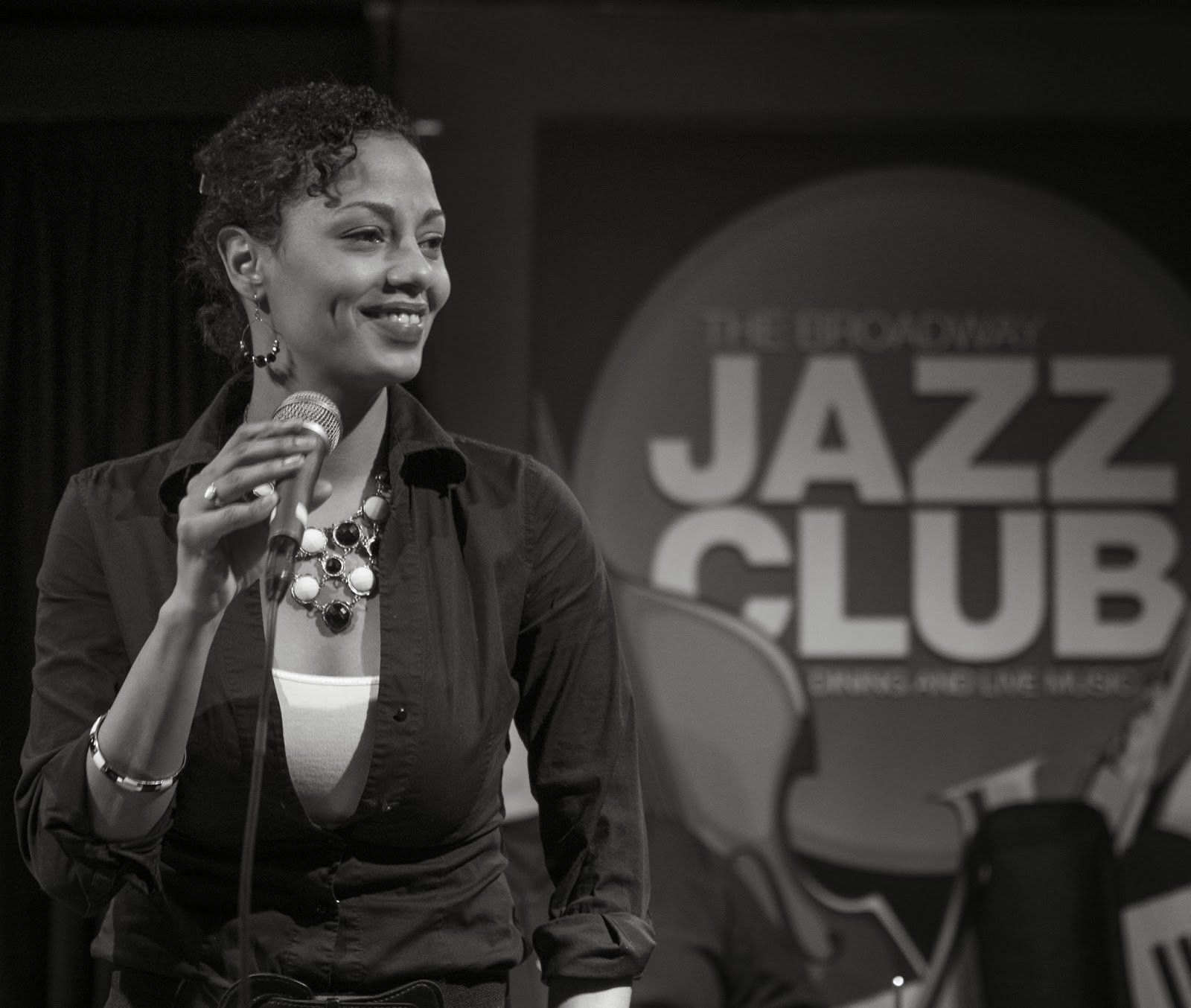 Dionne Jeroue, an organizer of tonight’s benefit and who, along with Kelley, is one of Everette’s newest disciples.