The weather and the music were as close to ideal as they could be. The local acts brought their best for the 2014 Prairie Village Jazz Festival on Saturday, September 6th. But the audience size grew to its peak as Kevin Mahogany took the stage.

I’d long considered bringing in Kevin with a big band (and may yet do that someday), but for various reasons the festival couldn’t accommodate a big band this year. So instead we paired Kevin with Joe Cartwright’s trio. Backed by Joe on piano, Tyrone Clarke on bass and Michael Warren on drums, Kevin’s baritone voice connected with the audience from that big outdoor stage to a grassy hill full of people in an intimate way I never anticipated.

Then Deborah Brown took the stage. Backed by Joe Lovano on sax, Terell Stafford on trumpet, Richard Johnson on piano, Leon Anderson on drums and Tyrone Clarke (putting in a long but wonderful night) on bass, Deborah’s amazing voice shined. Stafford’s solos, ripe with power and inventiveness, owned the stage. Lovano’s solos, this night reimagining a trio Charlie Parker compositions, proved too contemporary for a suburban Kansas City audience, which thinned before the set ended. But they also proved why Lovano has repeatedly won Downbeat’s Critic’s Poll as best tenor saxophonist. All of us who stayed enjoyed more than an hour and a half of jazz in 2014 at its best. Unfortunately, the sound system was not at its best, though I’m not sure that feedback which haunted the stage area was discernible more than a few short times to the audience.

Below are photos from the night. As always, clicking on a shot should open a larger version of it. 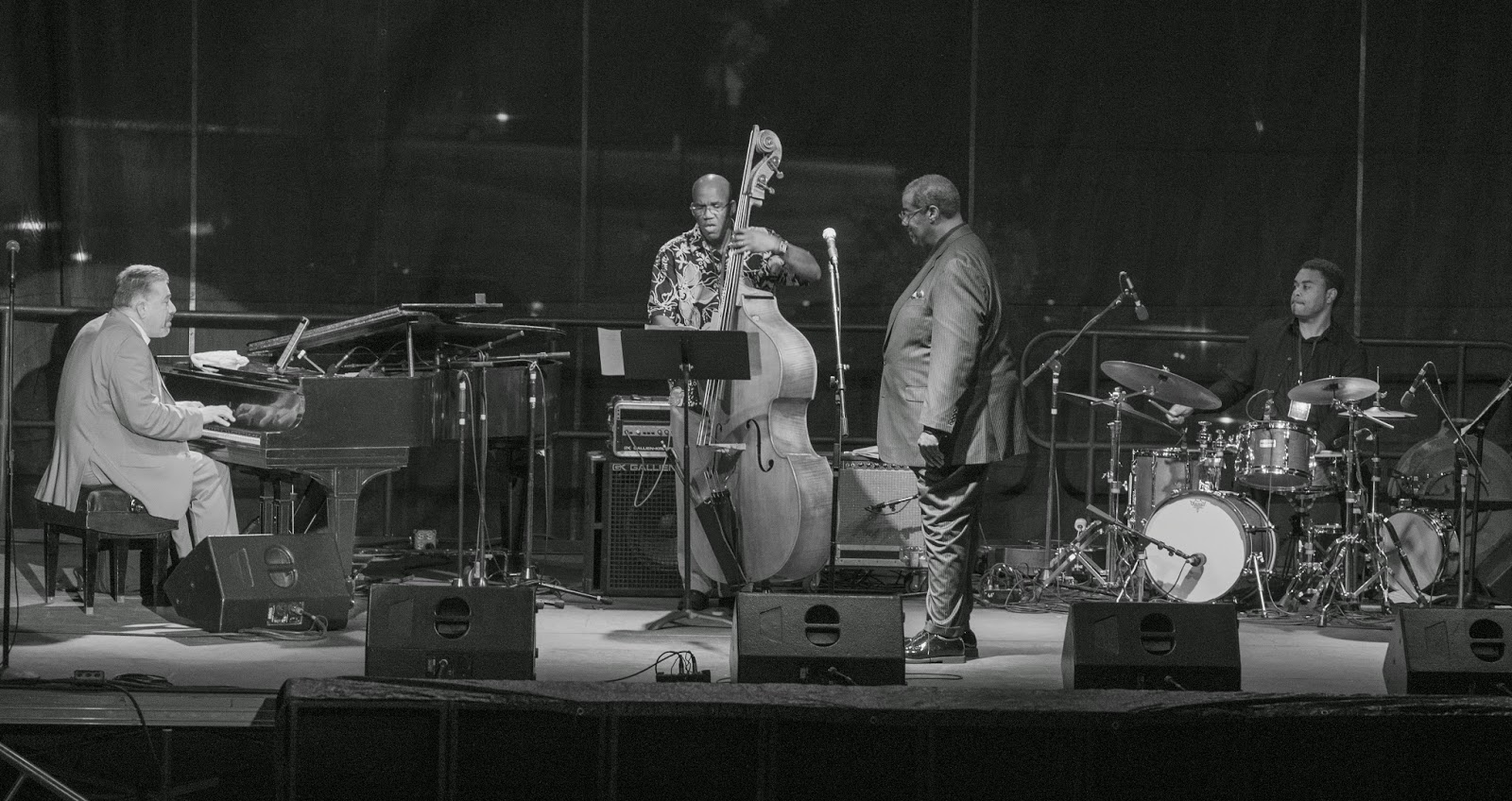 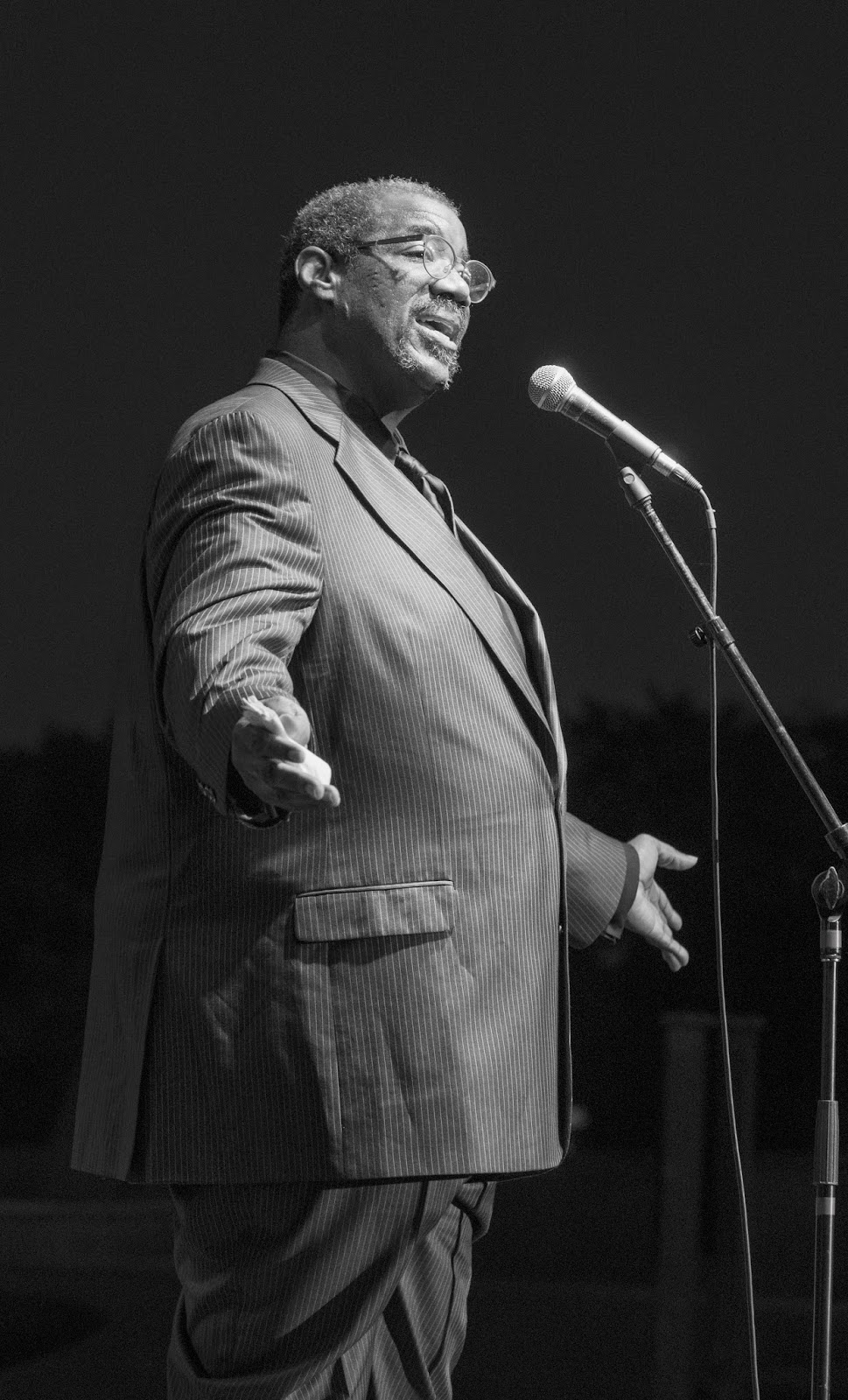 Connecting with the audience 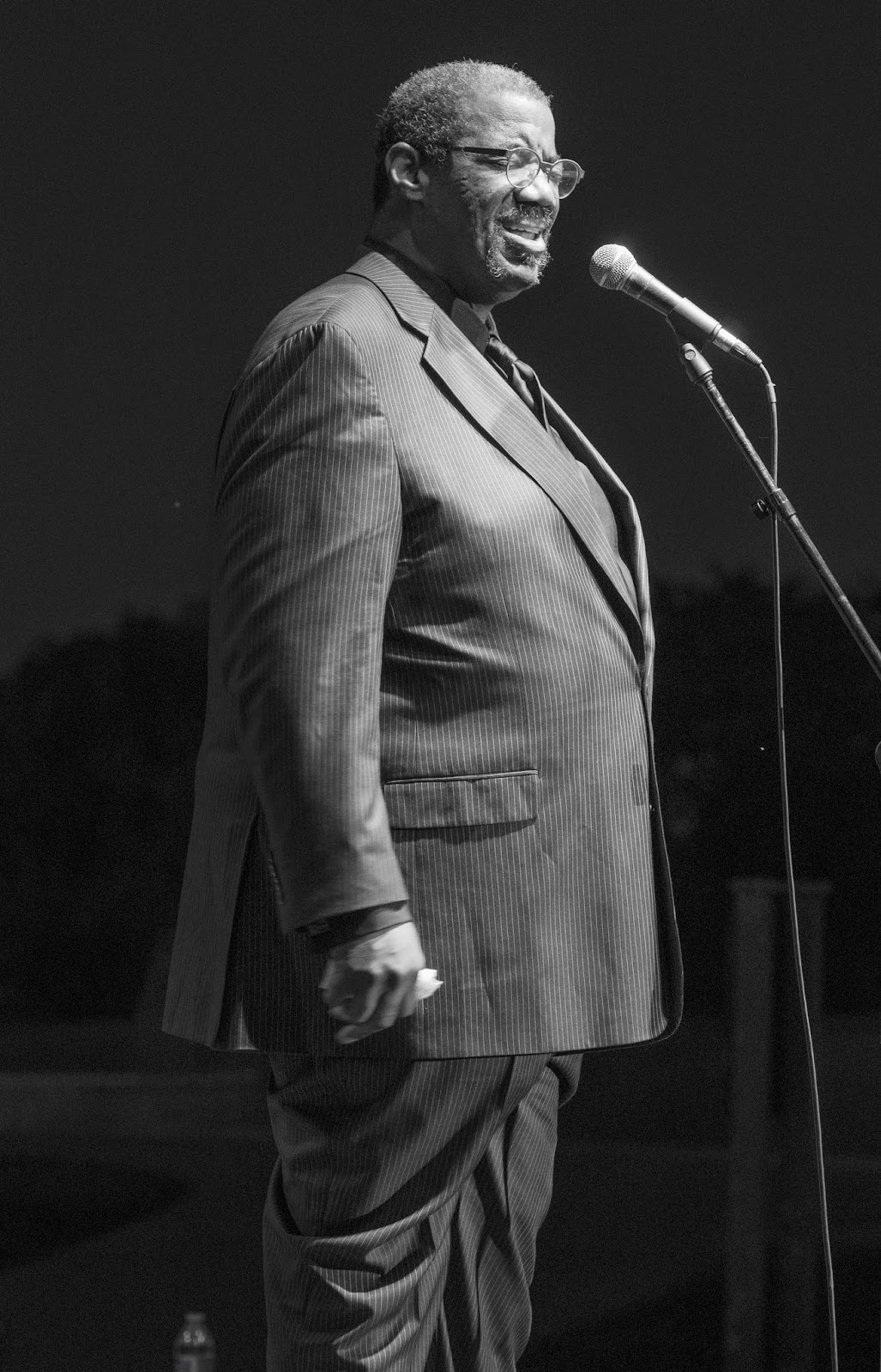 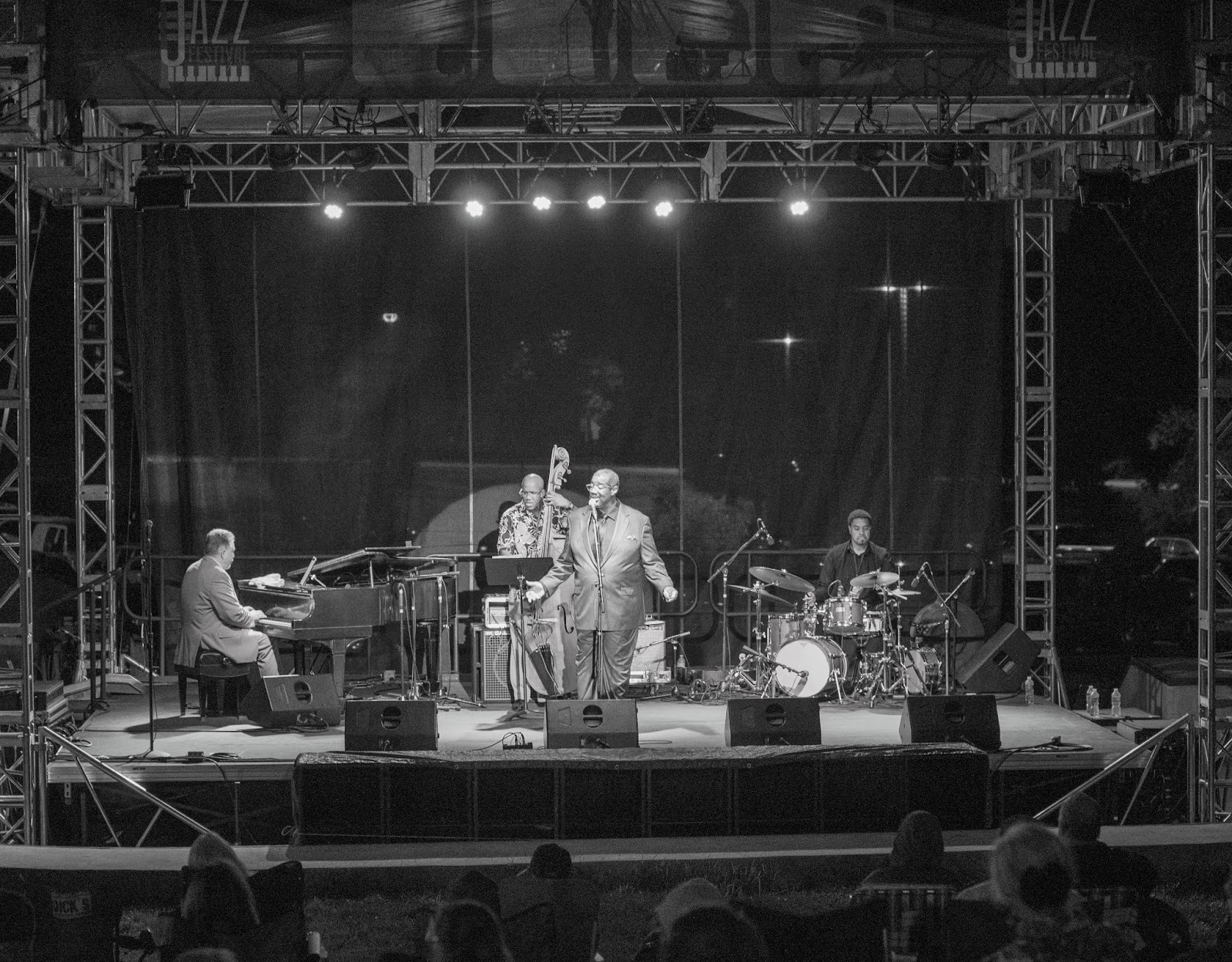 On stage at the Prairie Village Jazz Festival 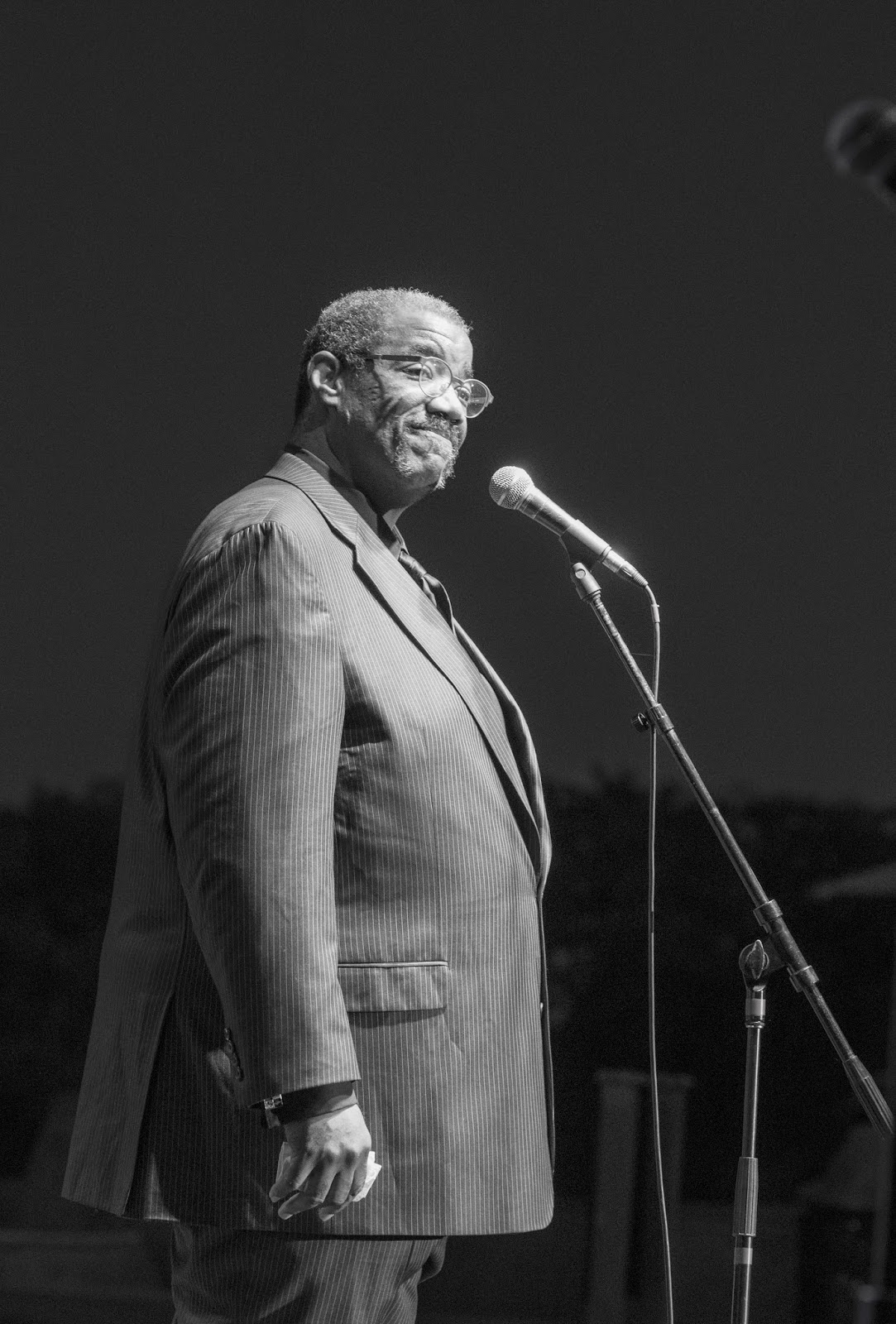 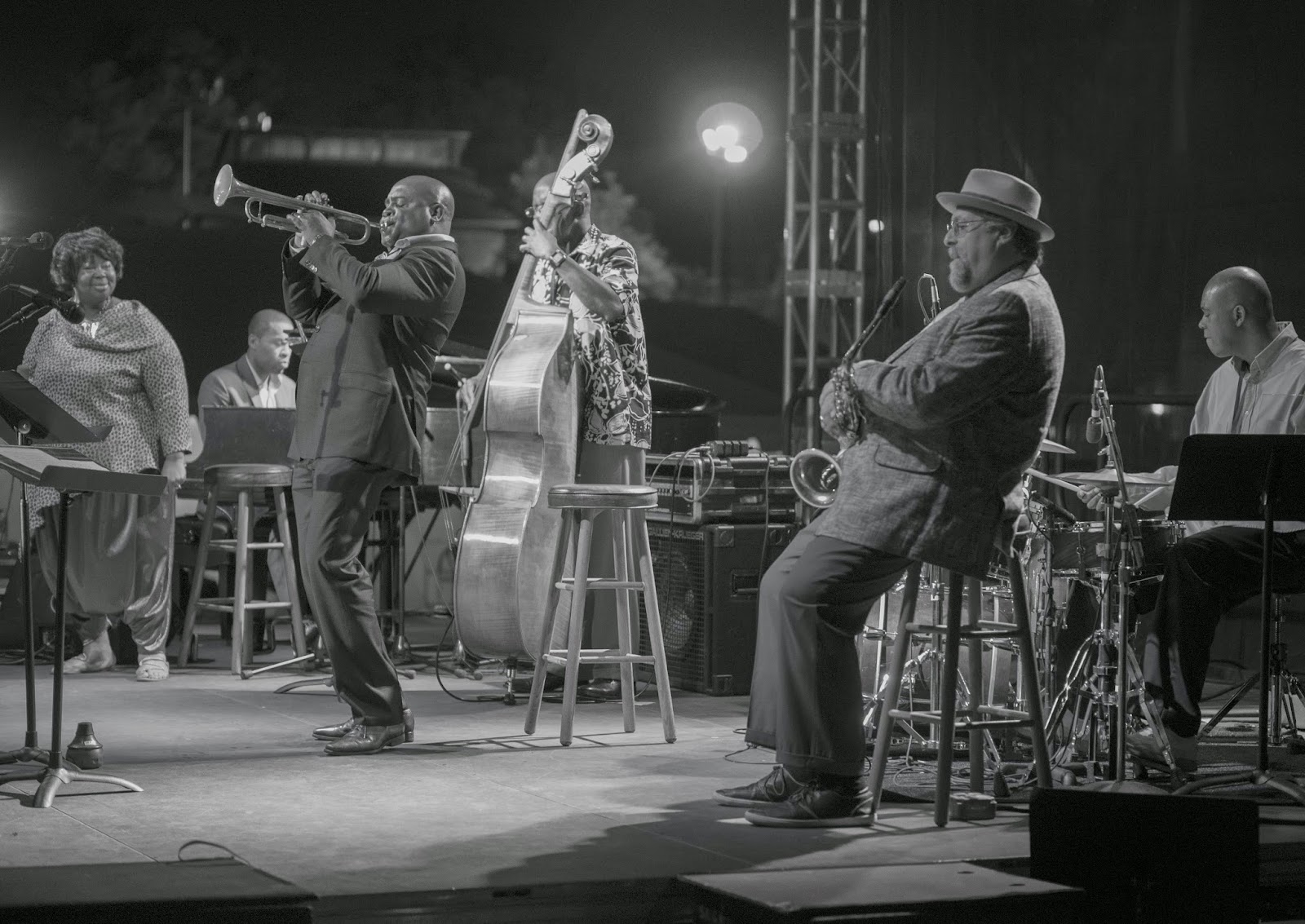 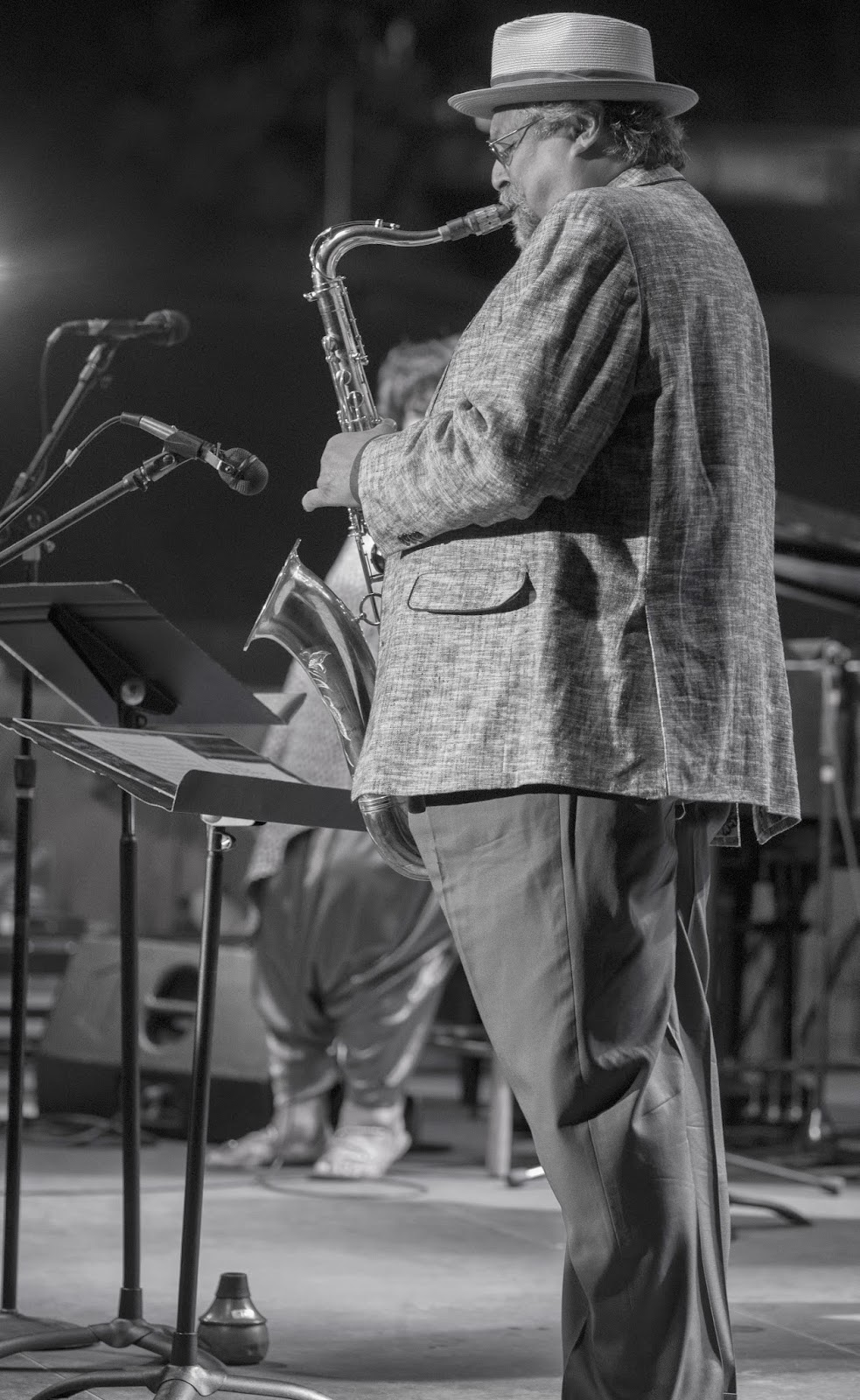 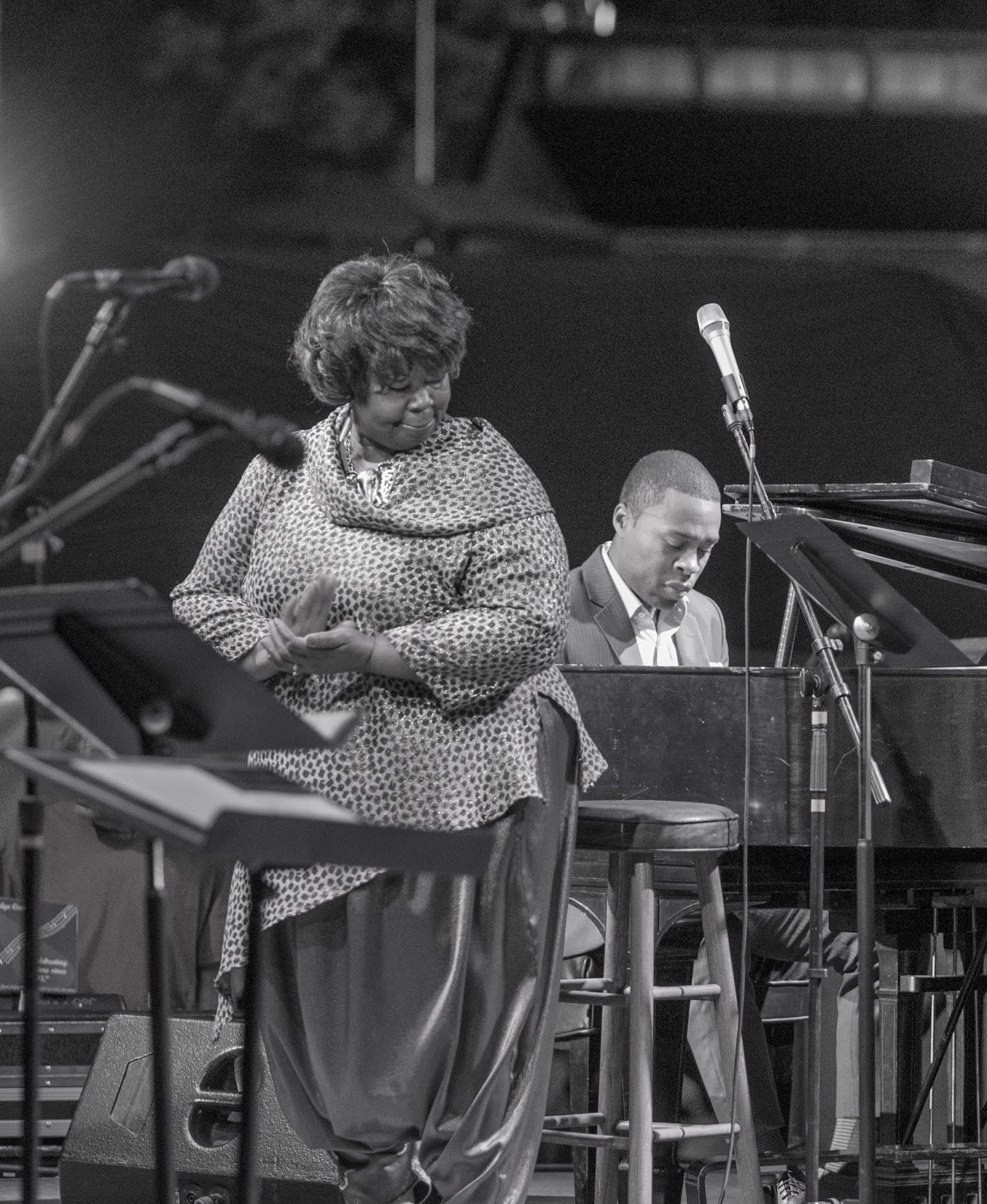 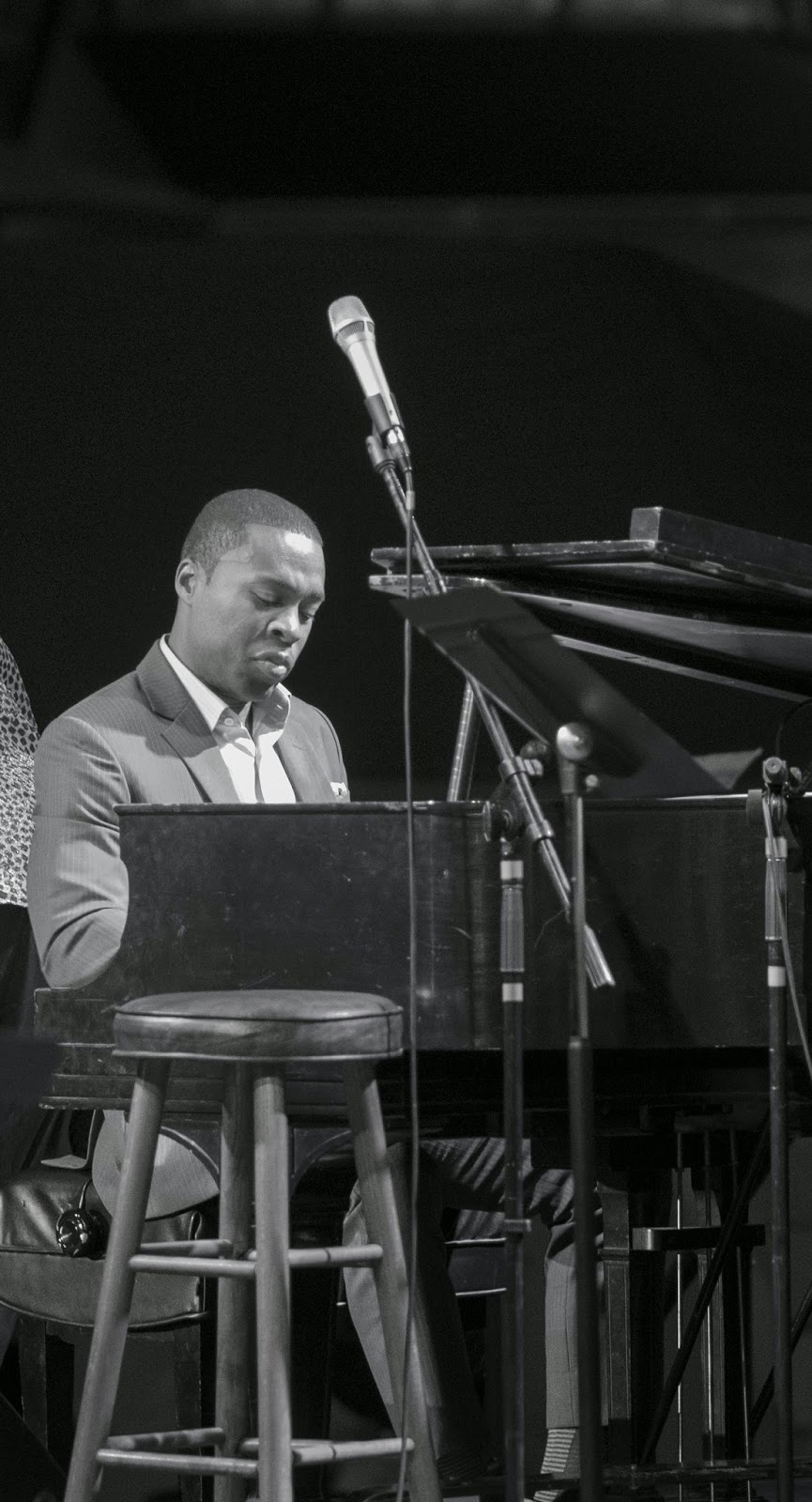 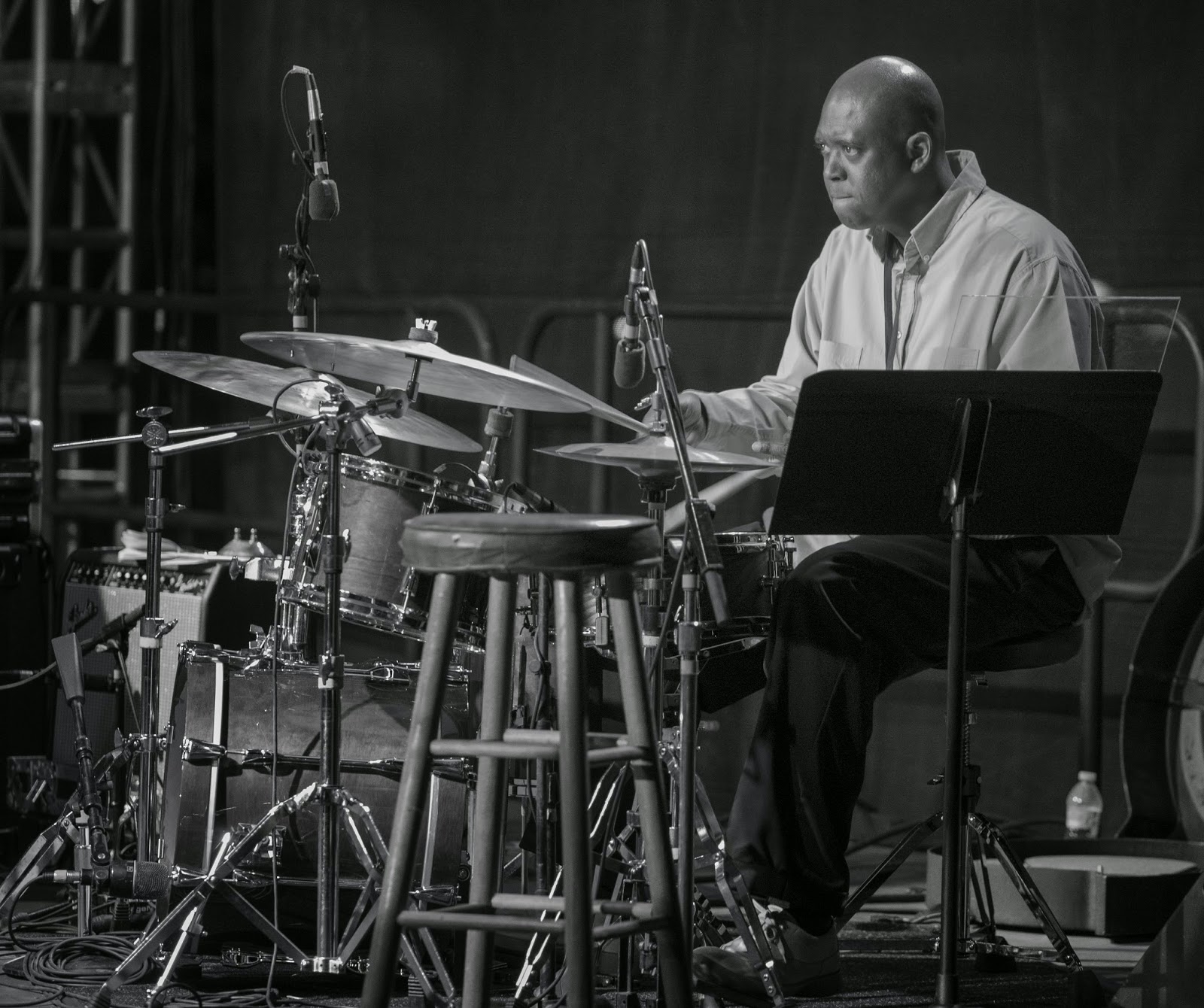 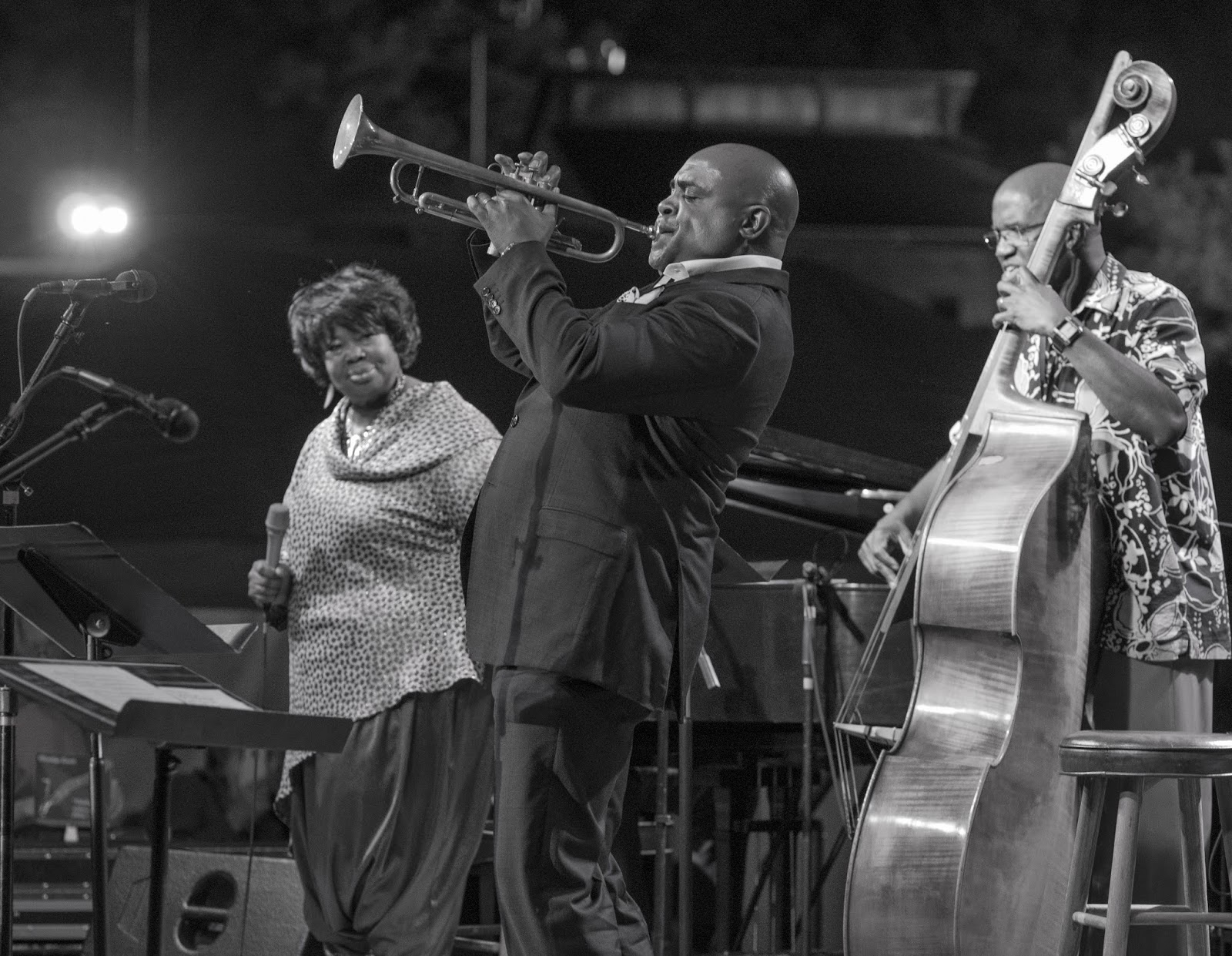 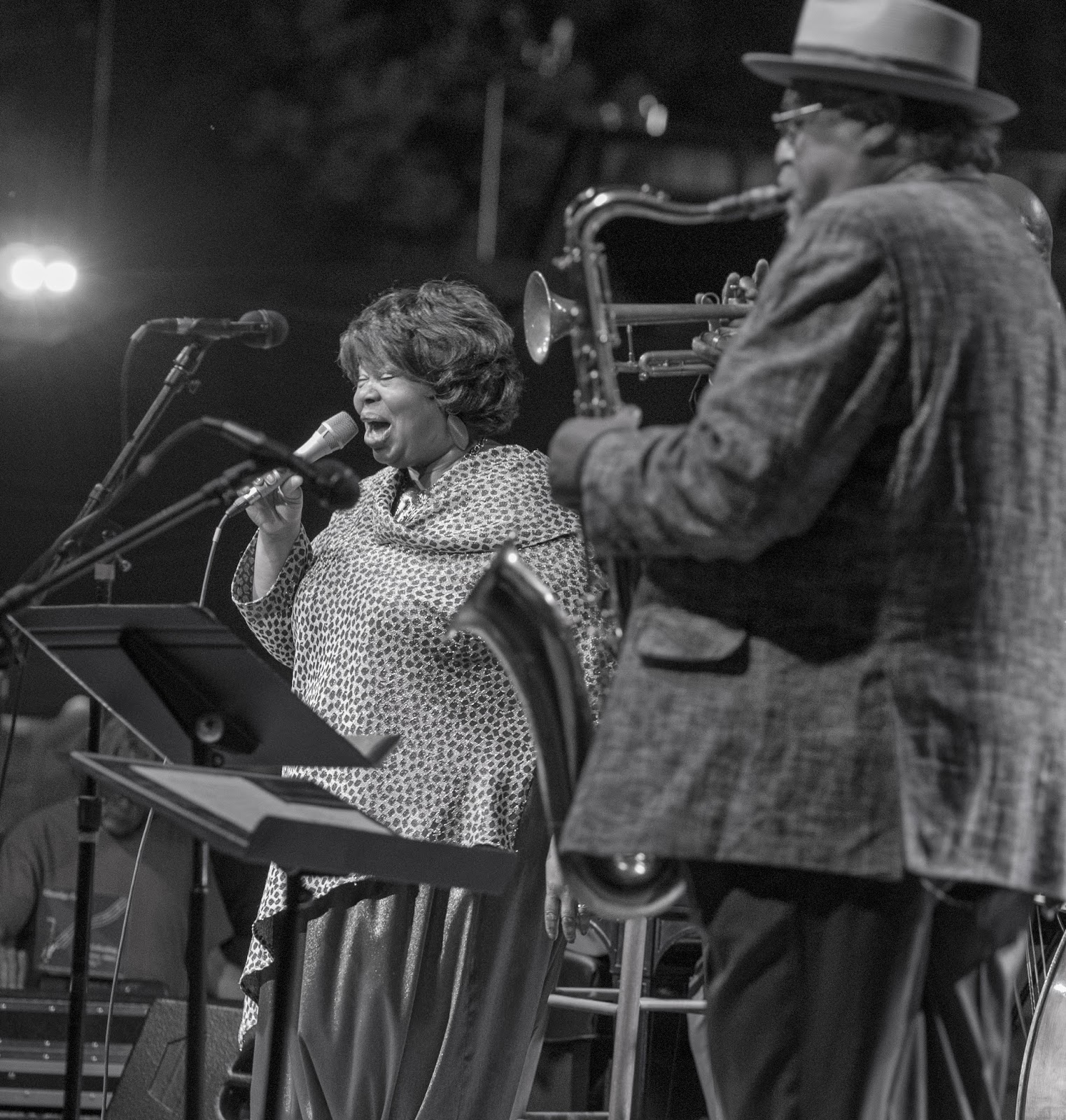 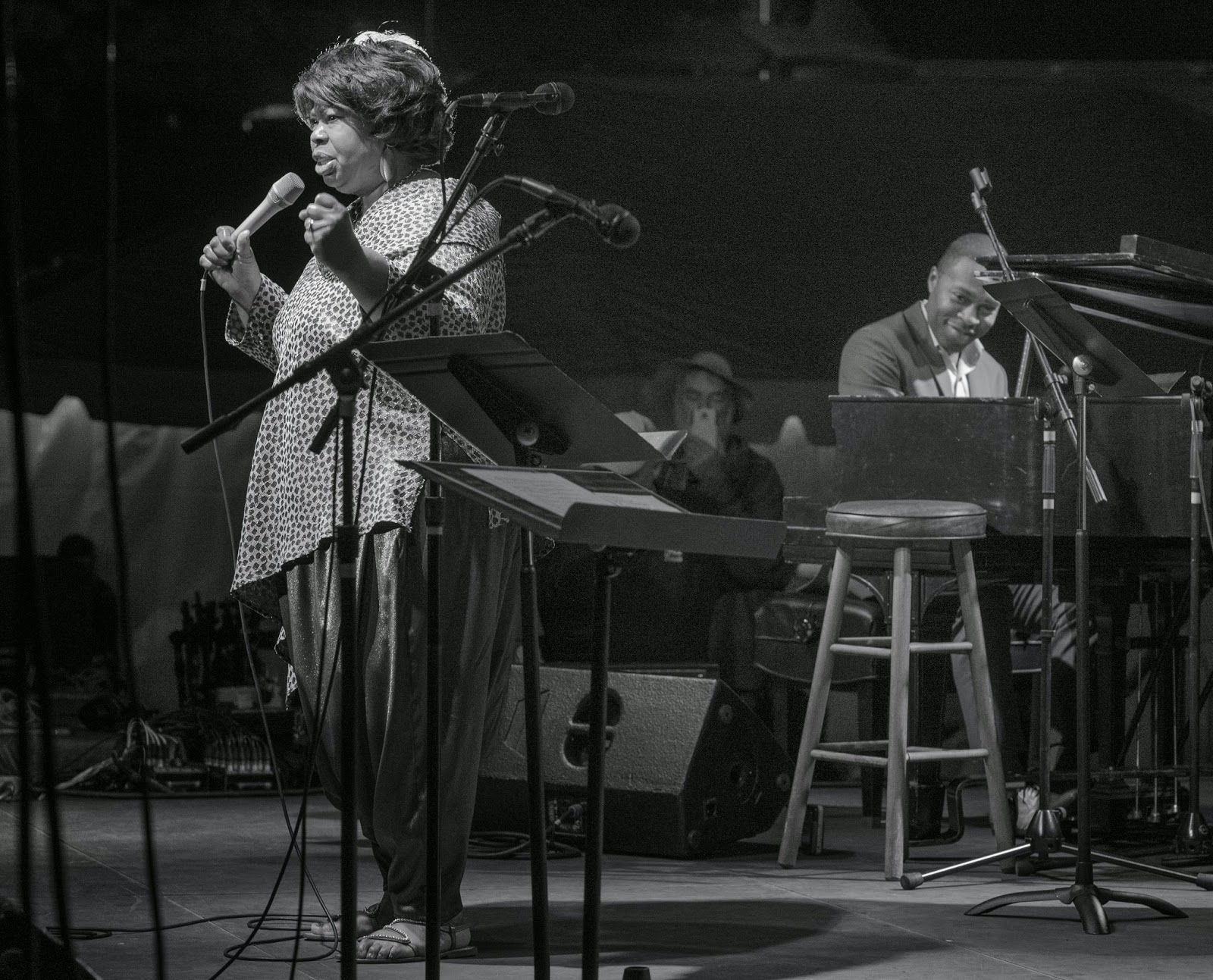 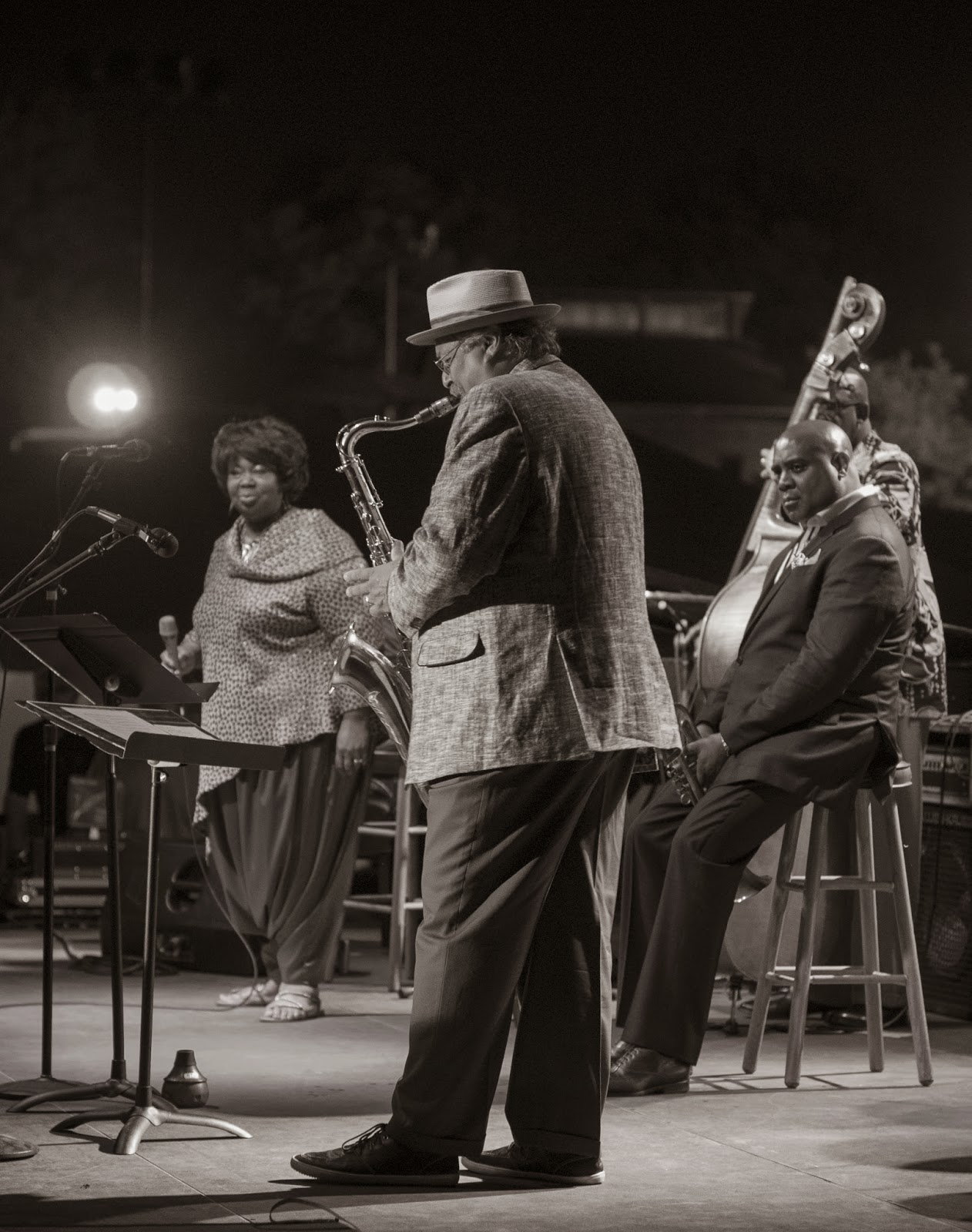 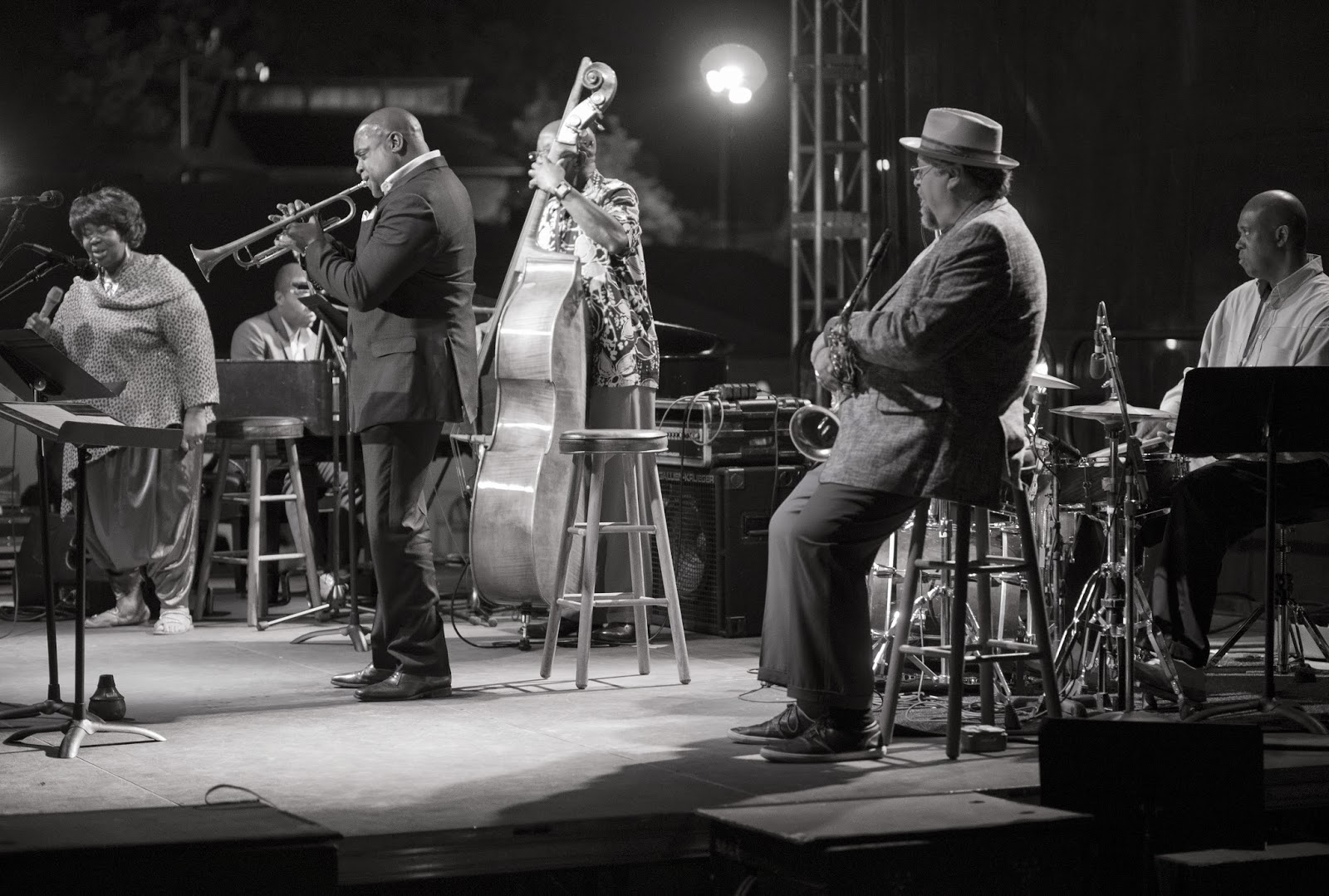