Three years ago it was rained out. Last year, temperatures in the 90s reduced the crowd size until evening. So I started checking the forecast in the Weather Channel app on my phone ten days before the festival. I checked it four or five times some days, and every time it was different. Once – about nine days out – it predicted a high in the 90s with a 90 per cent chance of rain. That’s about as bad as it could get. But as the day of the event drew closer, rain chances dropped to zero and temperature predictions eased down to the mid-70s.

That’s where we wound up. The weather on Saturday, September 6th for the 2014 Prairie Village Jazz Festival could not have been better. Just as importantly, neither could the music. Every act, from start to close, performed at its best and gave the audience a sampling of the terrific range and the outstanding quality of jazz found in Kansas City today.

The audience was a bit smaller than last year. A $5 cover charge will do that. But it also was key to the festival turning its first meaningful profit and to providing much needed seed money for the 2015 Prairie Village Jazz Festival.

But before we move on, this week and next let’s take a look at photos from the 2014 festival. Below are shots of the local acts. Next week will offer photos of the headliners. As always, clicking on a photo should open a larger version of it. 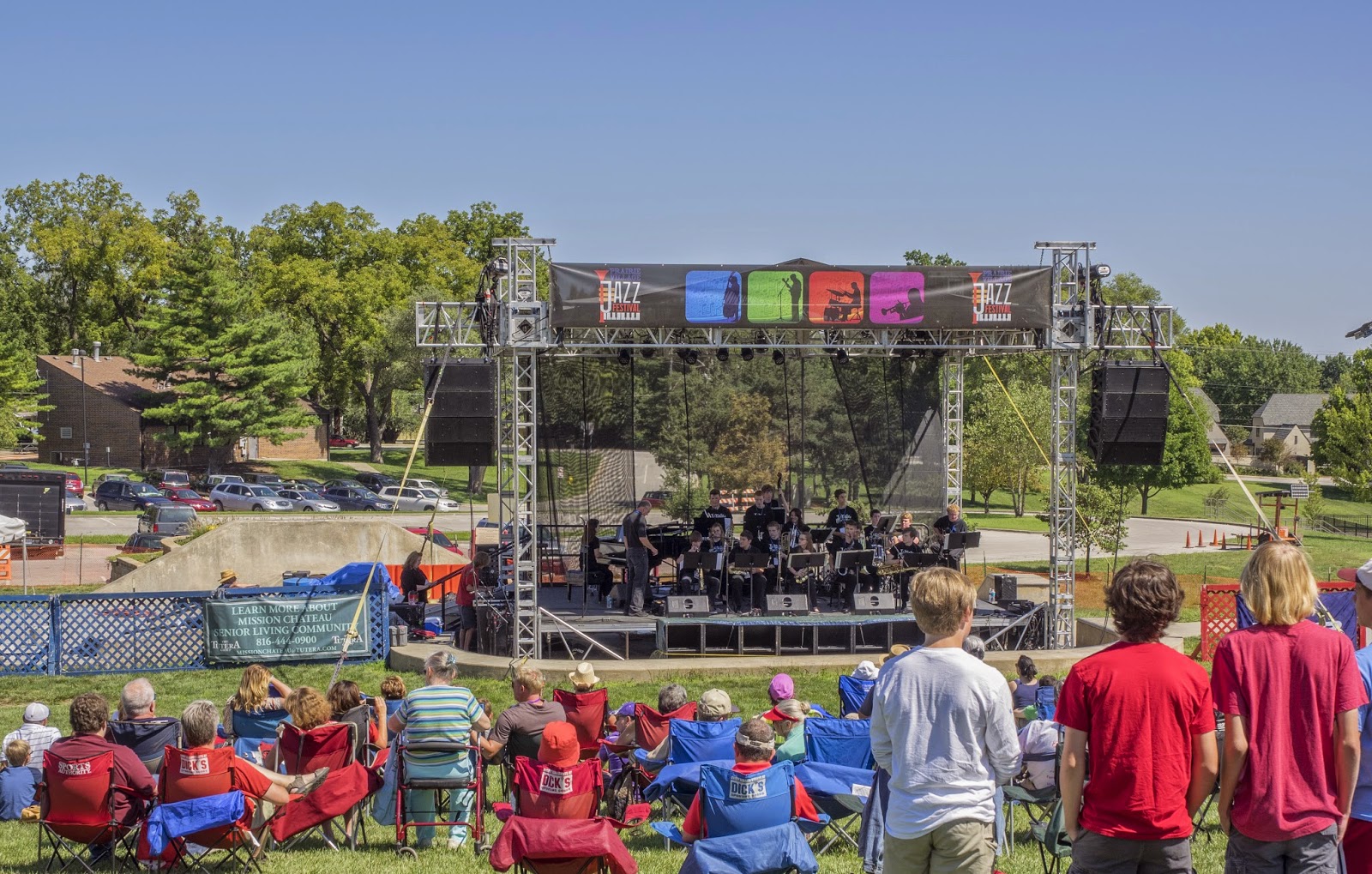 Under a beautiful sky, an audience starts to gather for the Shawnee Mission East Blue Knights. 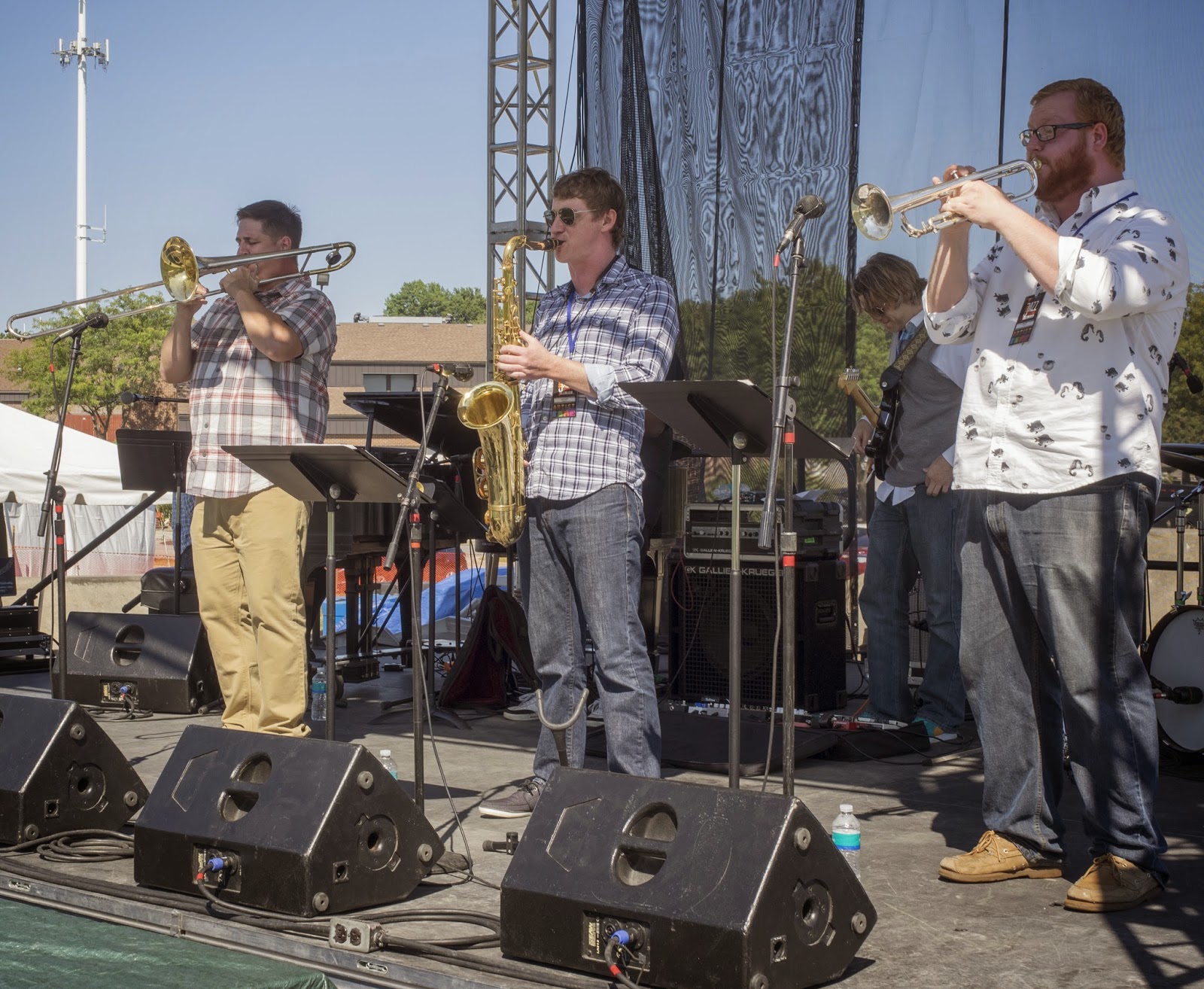 The Project H front line of Ryan Heinlein, Brett Jackson and Nate Nall (and in the background, Jeff Stocks). 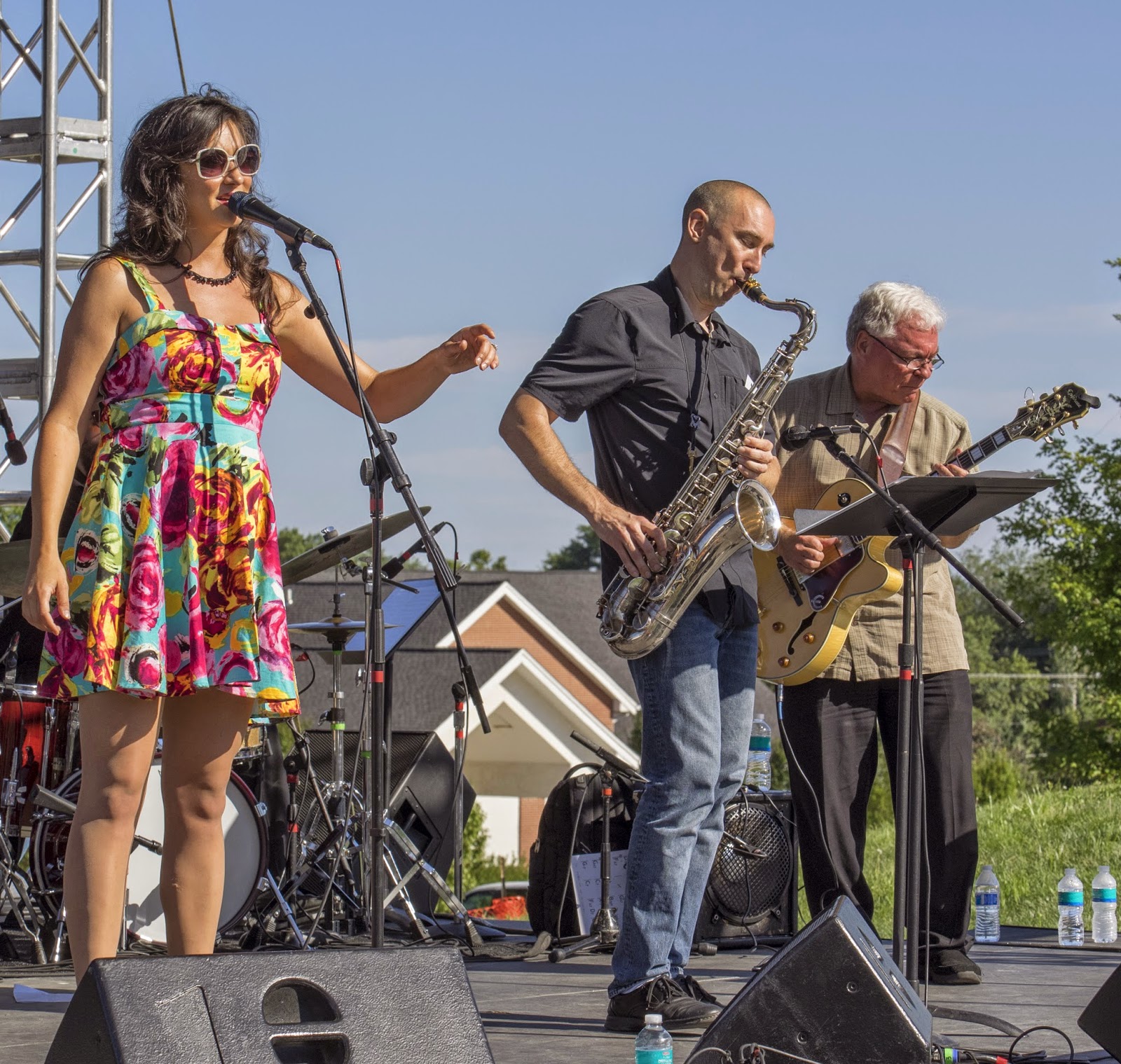 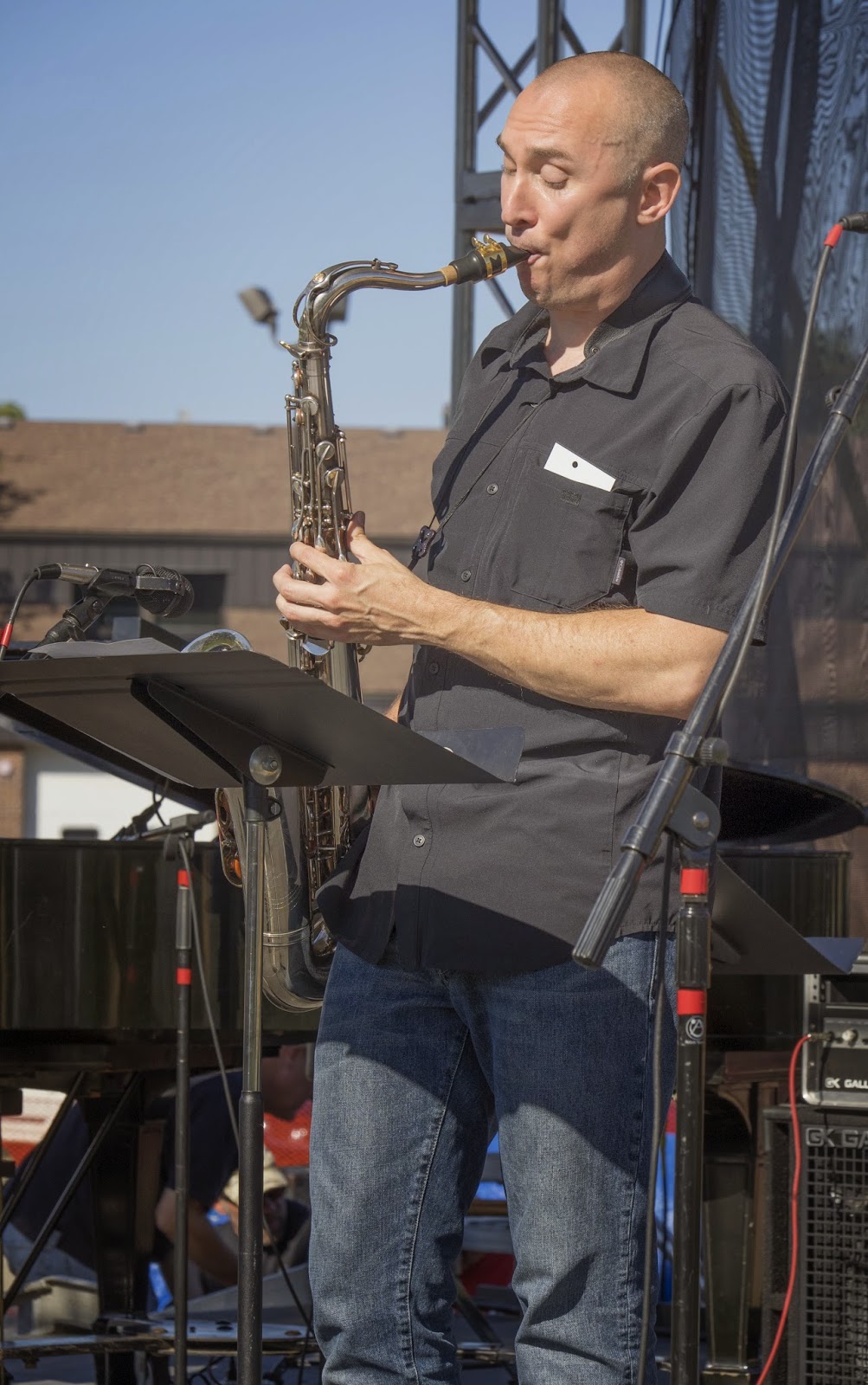 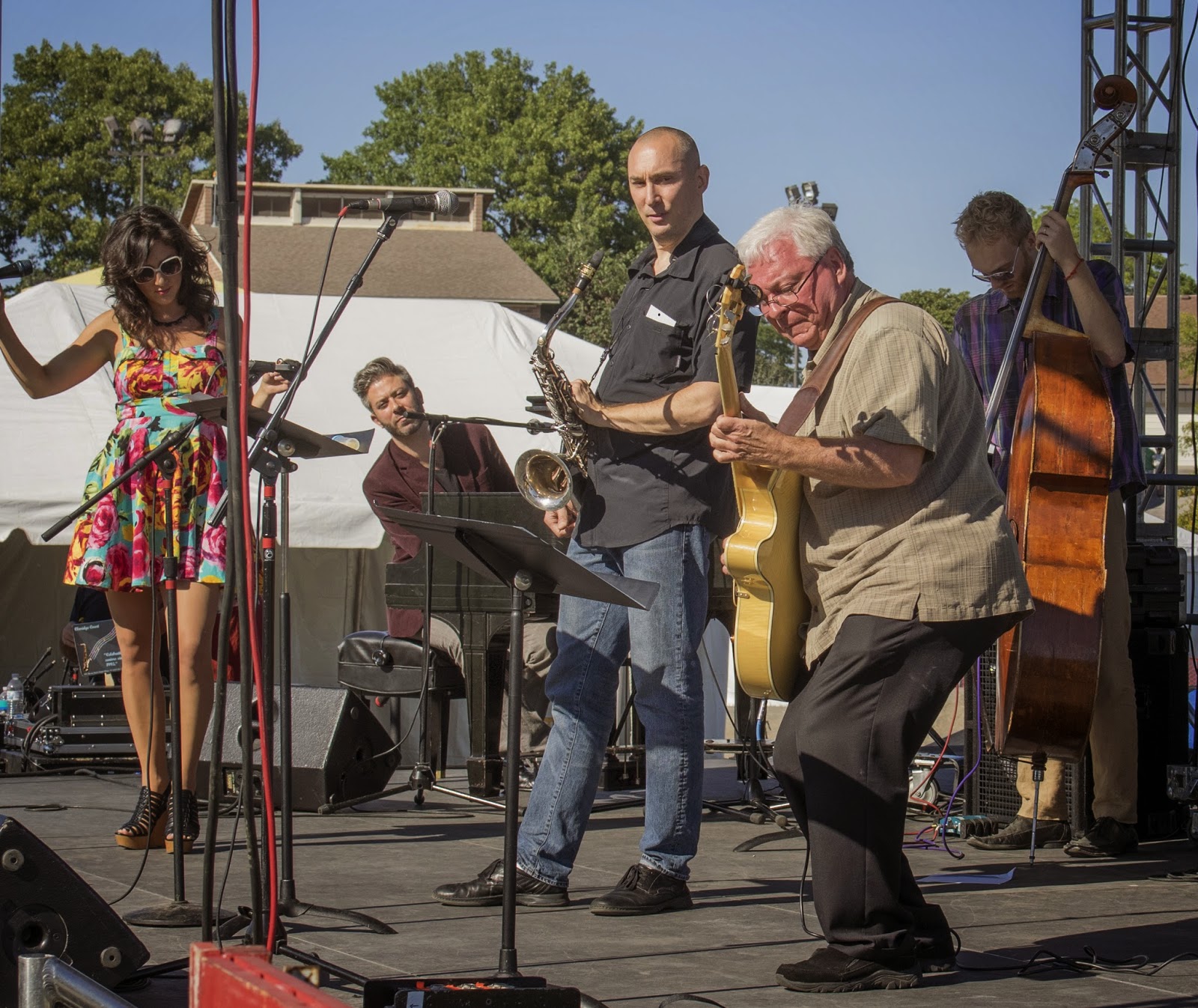 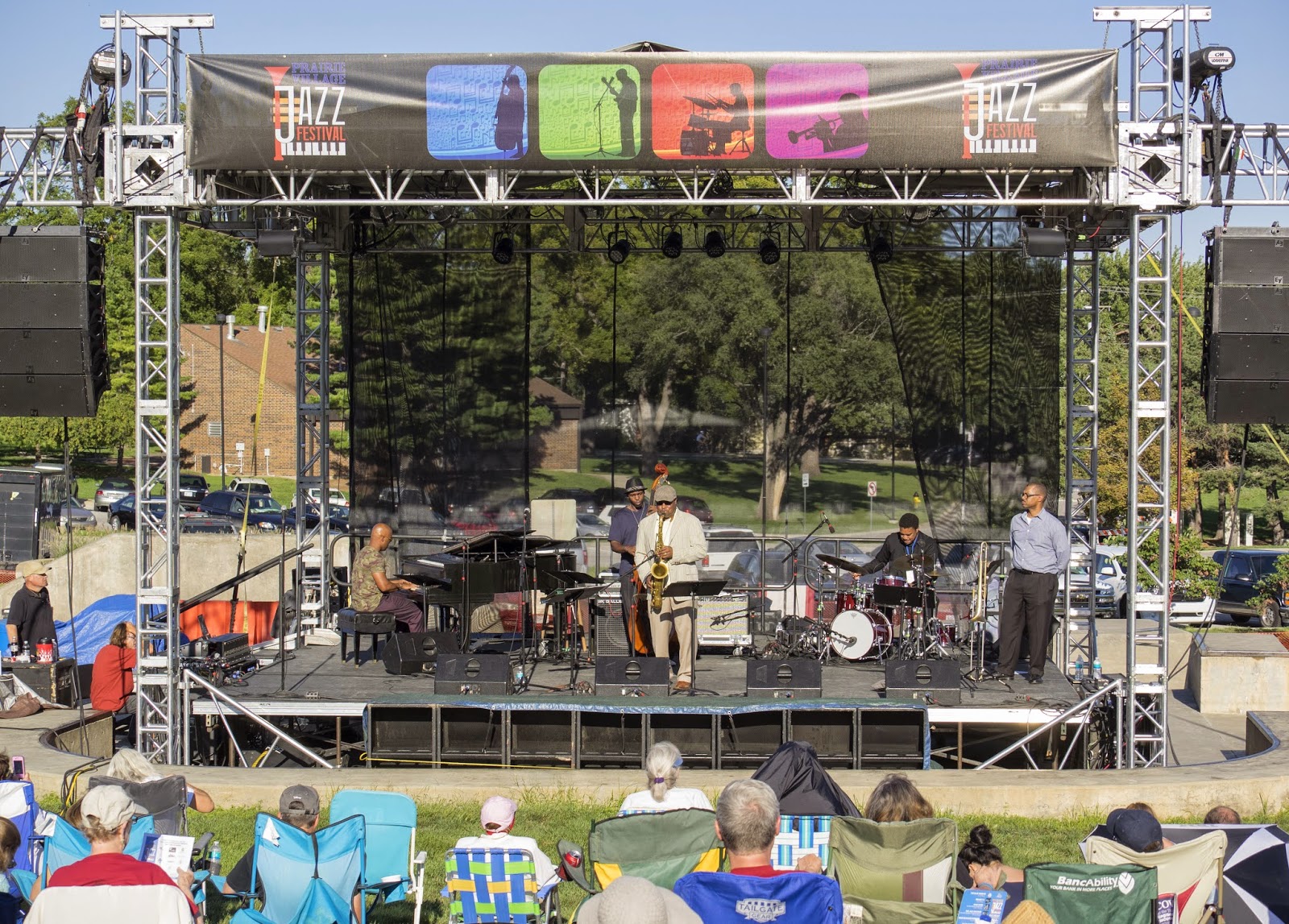 The Jazz Disciples on stage. Lest to right: Everett Freeman on piano, DeAndre Manning on bass, Gerald Dunn on saxophone, Michael Warren on drums and guest Jason Goudeau on trombone. 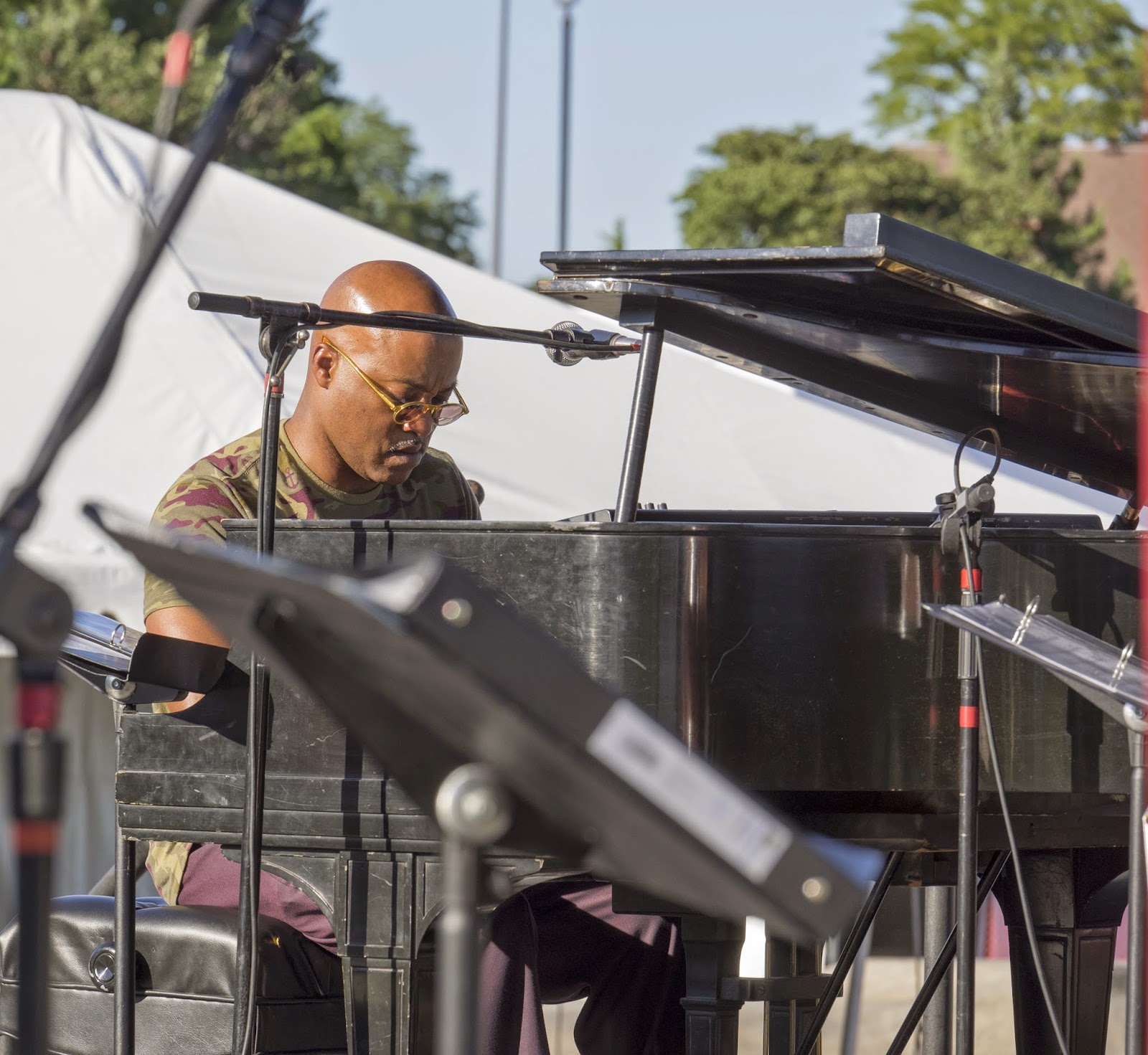 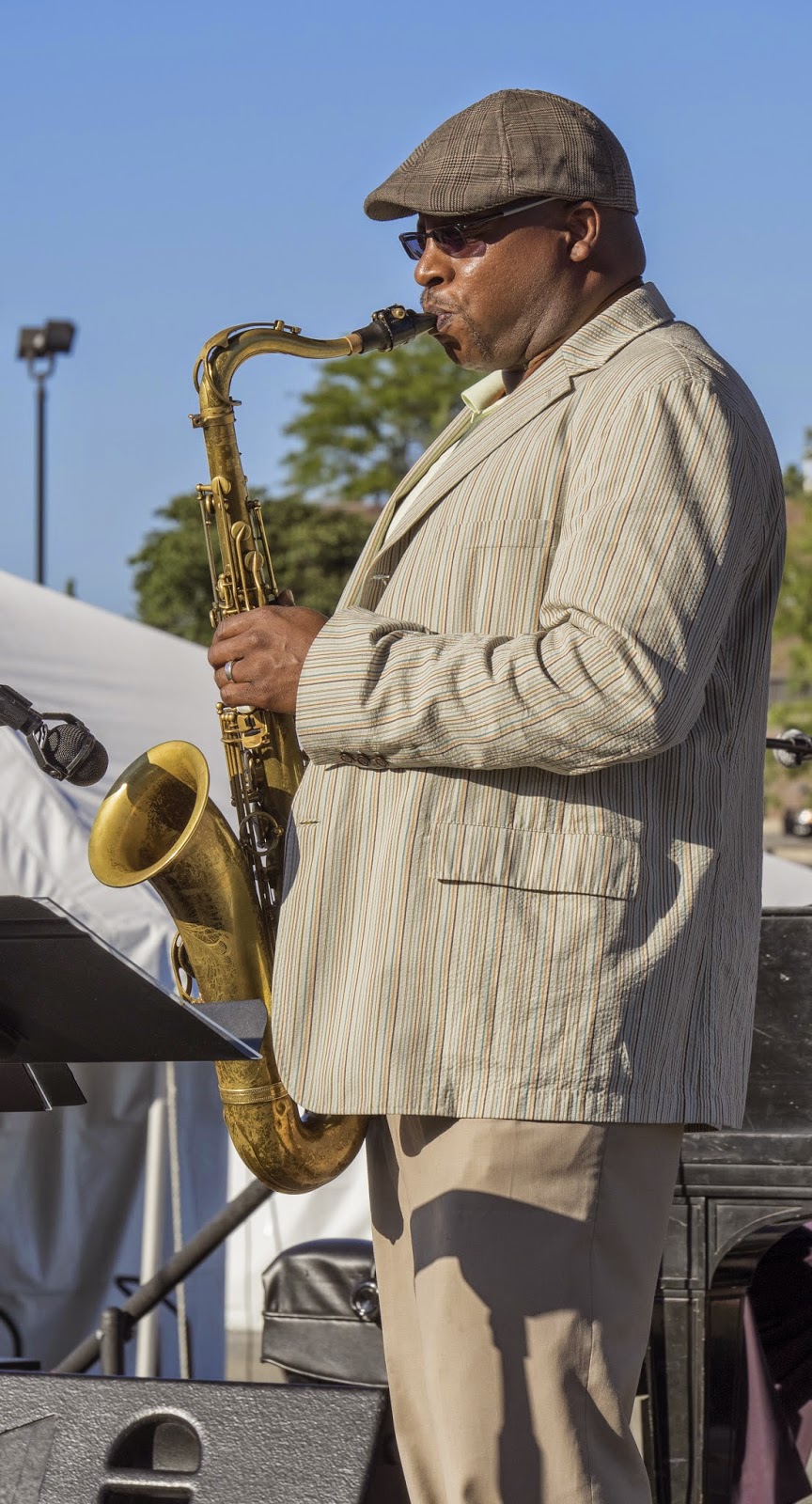 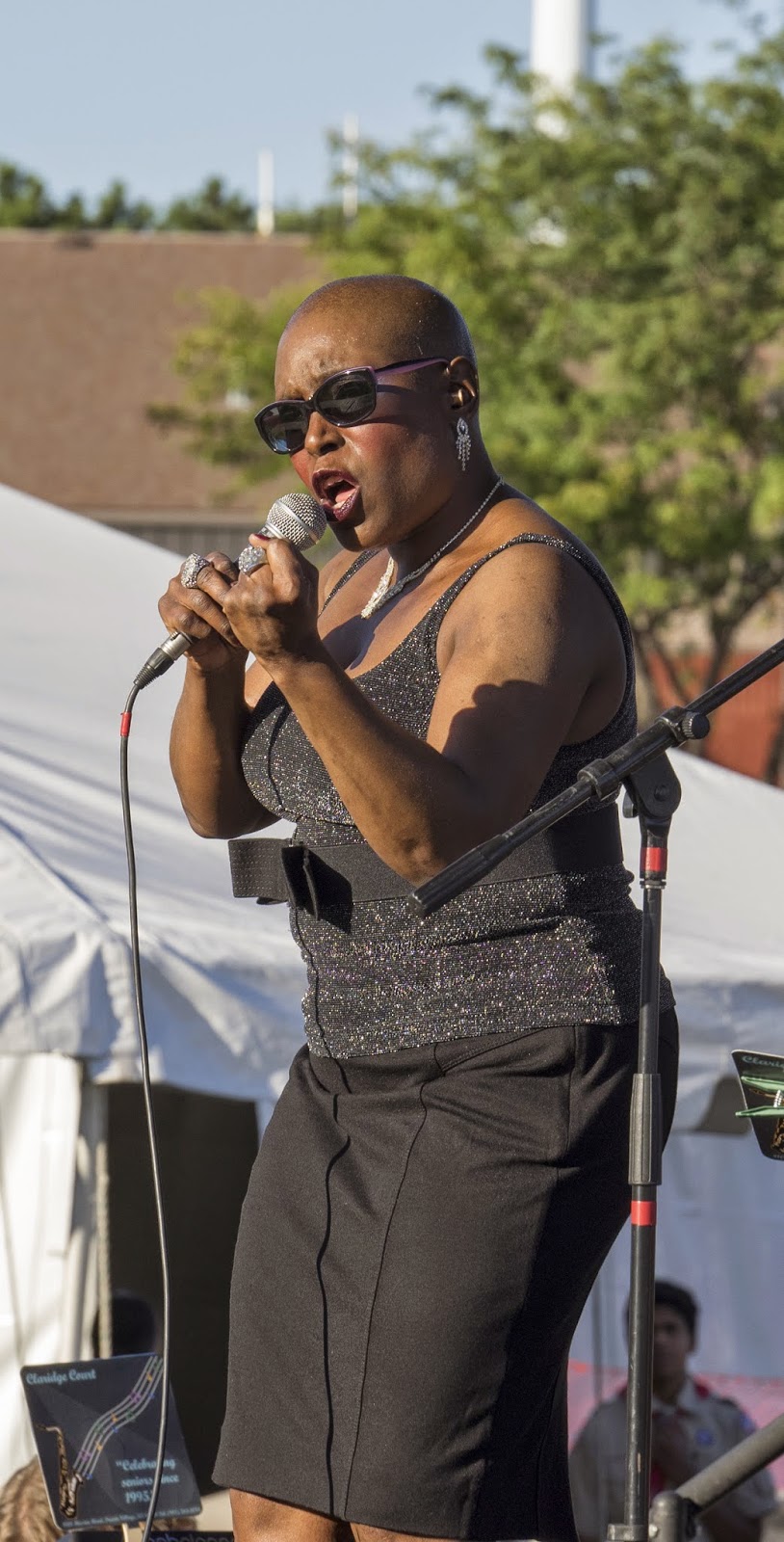 For the festival, the Jazz Disciples added as guest vocalist the wonderful Stephanie Moore. 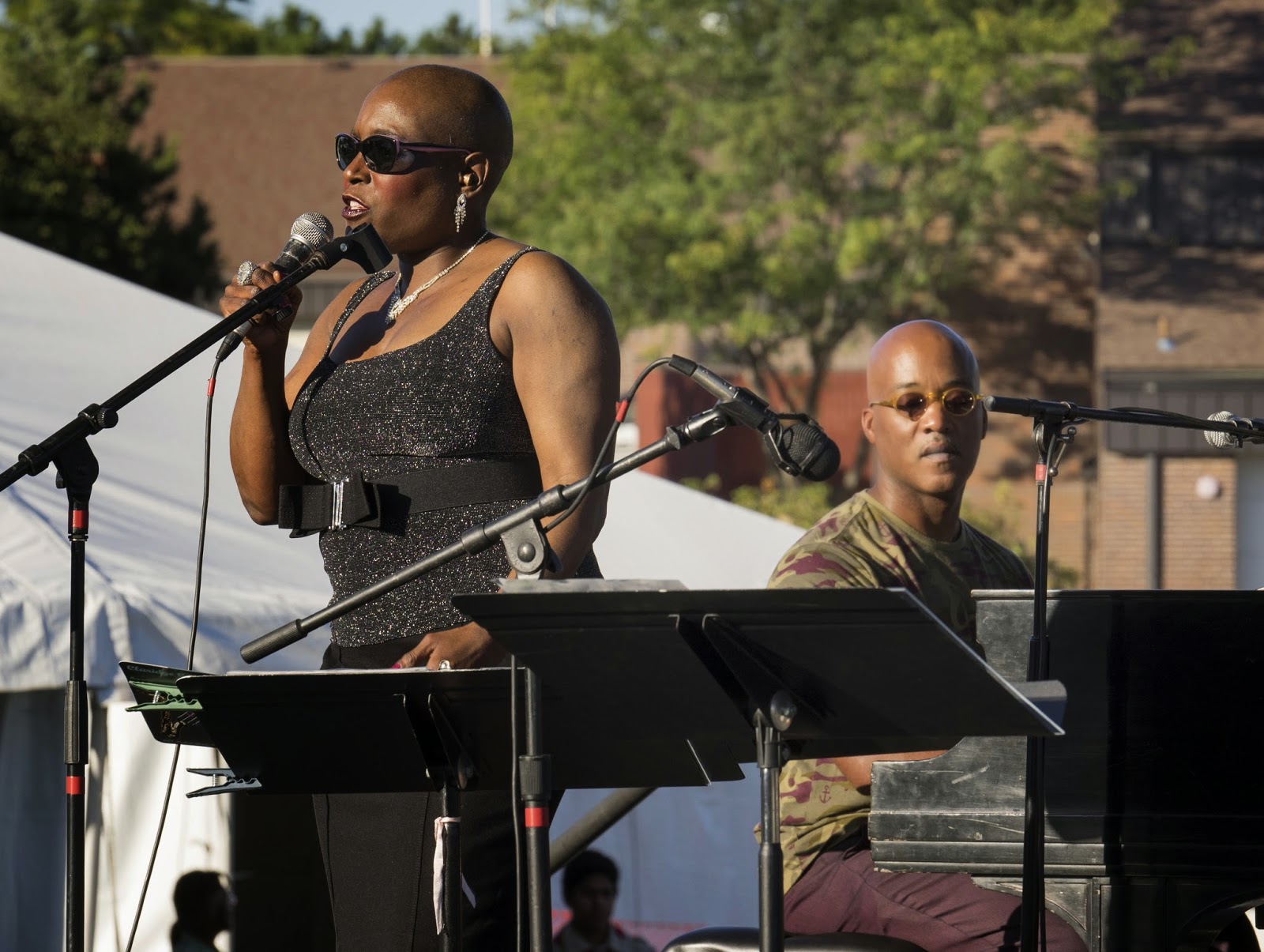 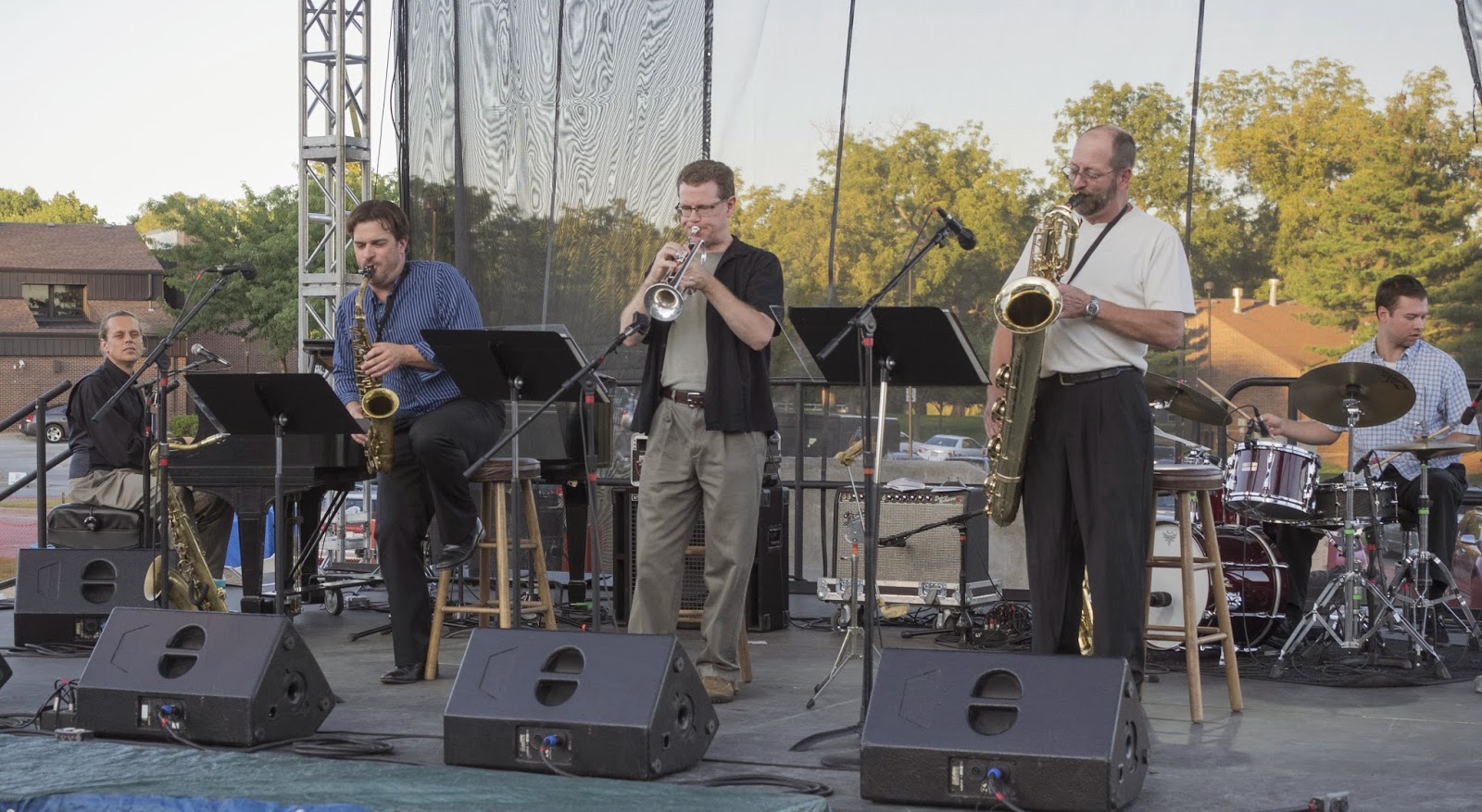 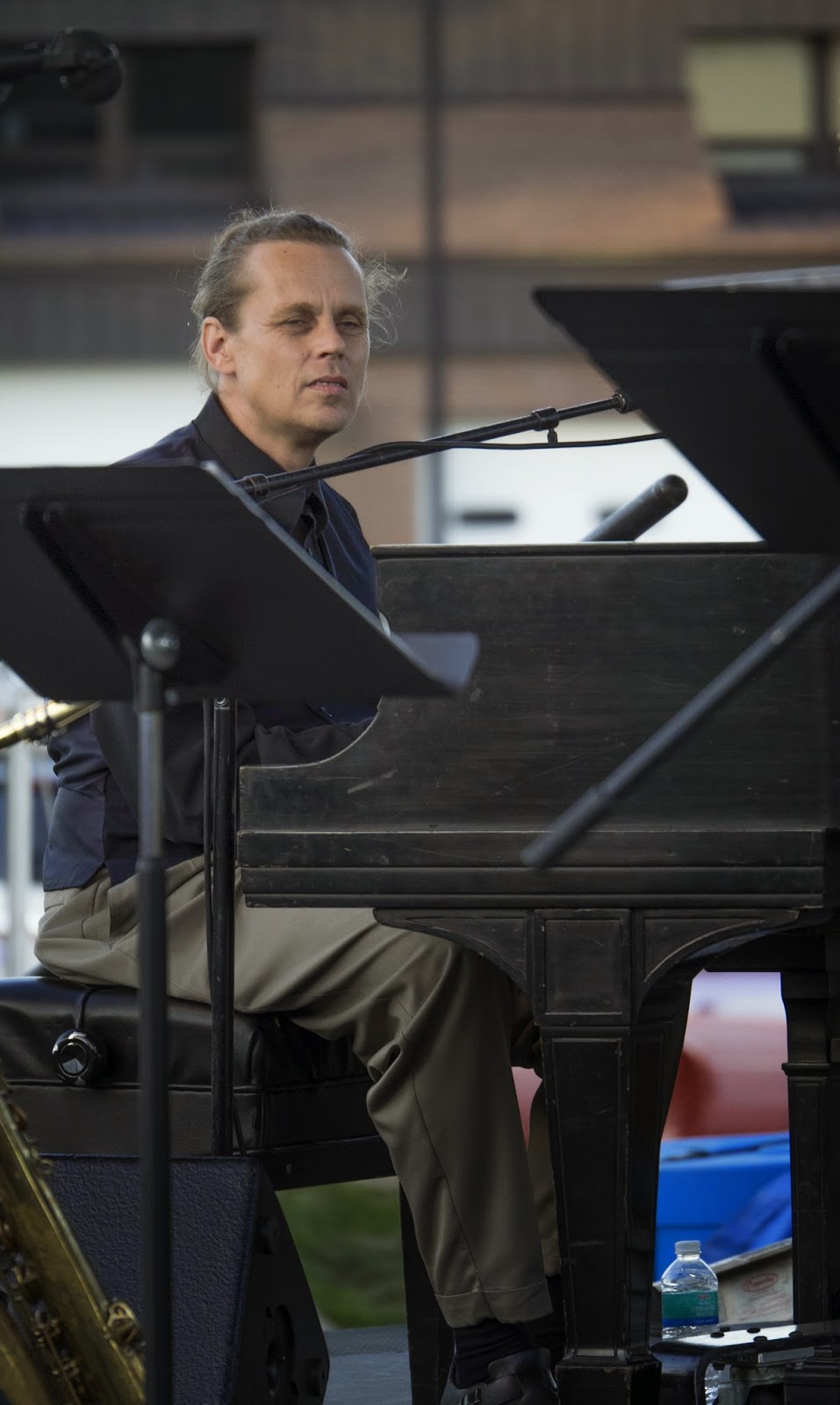 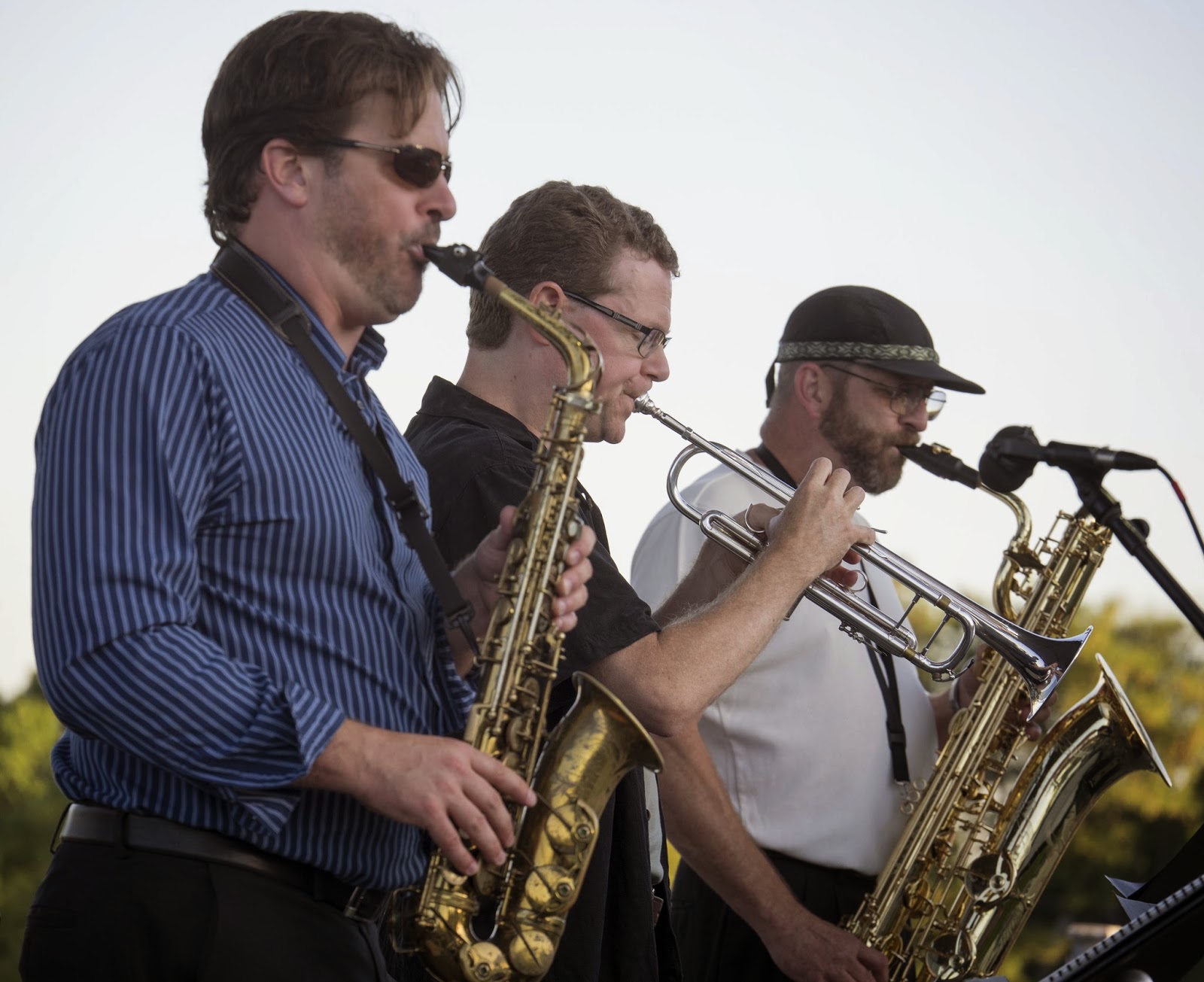 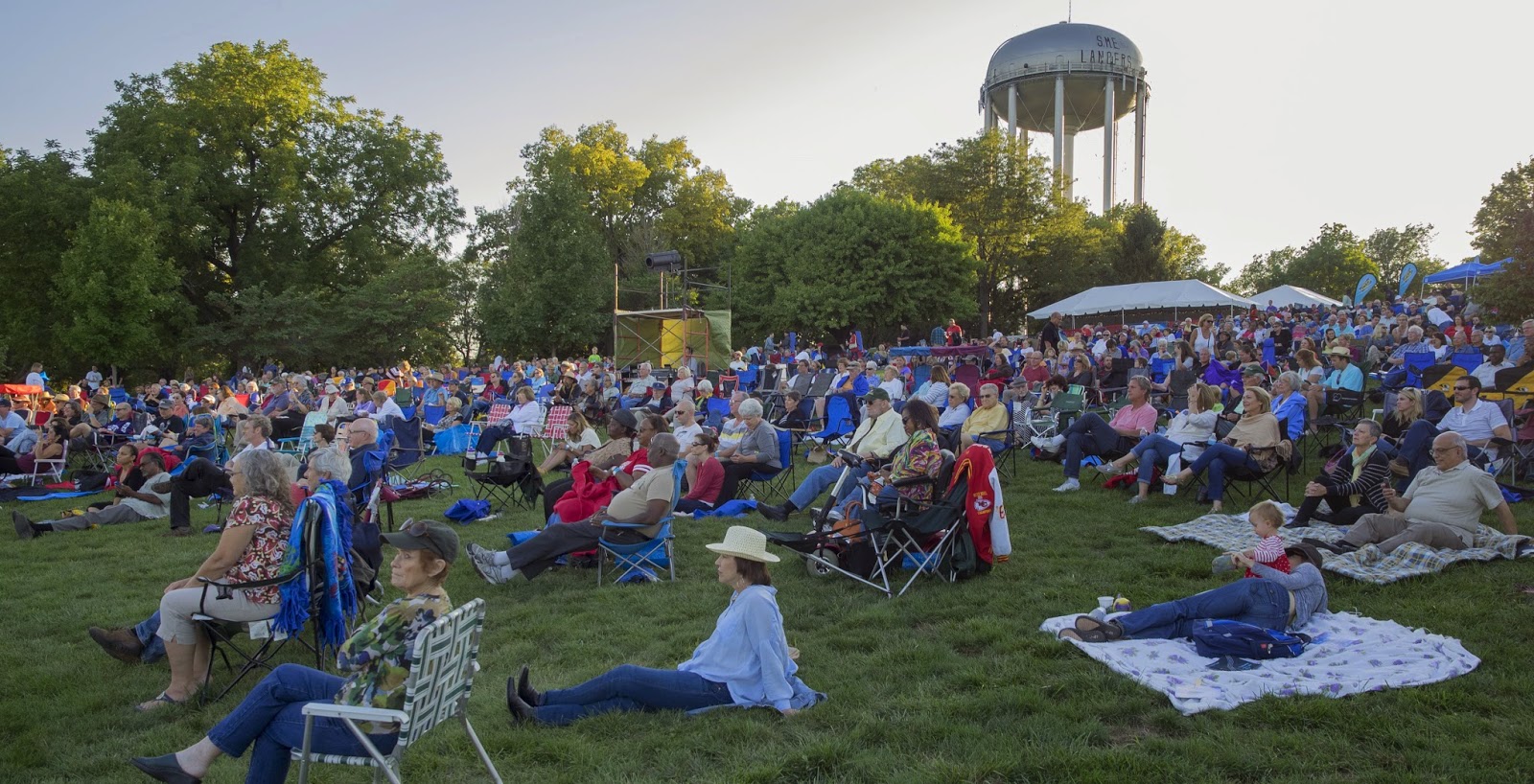 As the sun sets, the audience grows.