In Lieu of 1000 Words: Deborah Brown at The Blue Room

I’m not sure I’d believe a human voice could hit such notes if I hadn’t heard it myself.

I knew Deborah Brown’s name, but I’m embarrassed to say that a couple Fridays ago was the first time I’ve heard her sing. Of course, while Kansas City born and raised, she did spend a dozen years in Europe before returning to KC a couple years back. And she does still travel. Her web site (here) shows 2009 performances in Amsterdam, Sweden, Netherlands, Morocco, Germany, Russia and Israel. She’s better known abroad than in KC.

Still, as someone who professes familiarity with Kansas City jazz, to have not heard this magnificent singer until now is probably some kind of a crime.

January 15th, Deborah Brown performed at The Blue Room with Everette DeVan’s trio. Below is a little of what we saw (clicking on a photo should open a larger version of it).

By the way, Deborah returns to The Blue Room on February 19th. 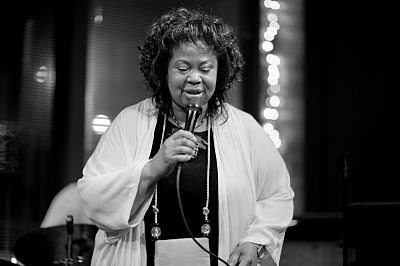 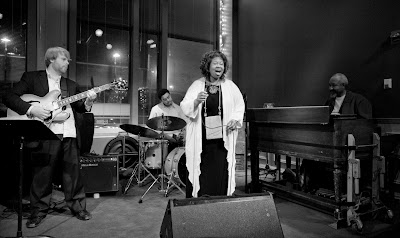 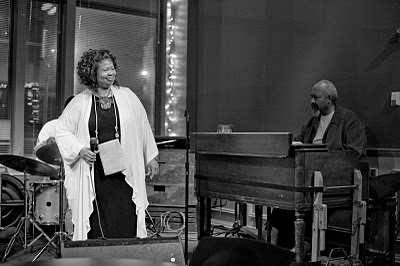 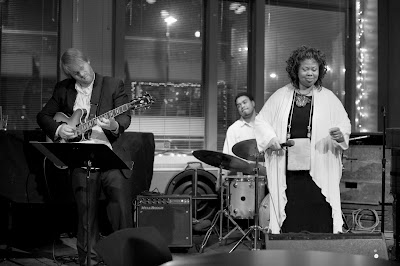 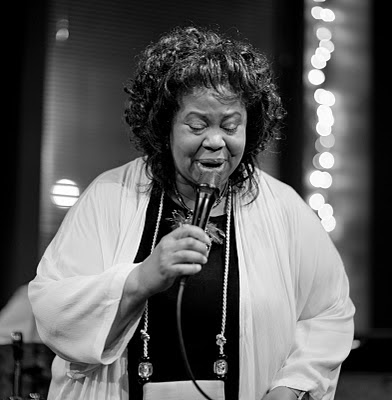 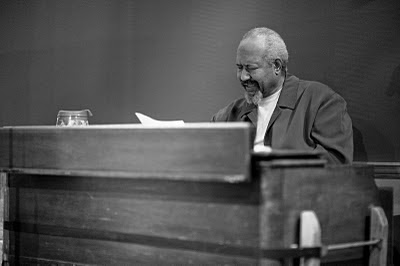 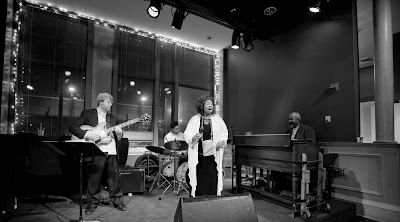 Deborah Brown and the Everette DeVan Trio in The Blue Room