In Lieu of 1000 Words: Diverse at the Record Bar

Let's open the year with some photos.

One of my favorite nights of jazz in 2009 was in late August at The Blue Room. The club was standing room only with a line out the door. The group was Diverse, mostly UMKC students with first place in a national competition and an album in the jazz top 50 both on their resume. Bobby Watson joined them at the end of each set. Pop star Kenny Loggins dropped by and sat in on a couple numbers as well. It was one of those nights where you feel magic in the room.

I had the pleasure of hearing Diverse again on Monday, December 14th at the Record Bar. The club was filled. This time, saxophonist Logan Richardson joined the group. Here's a sampling of what we saw (clicking on a photo should open a larger version of it). 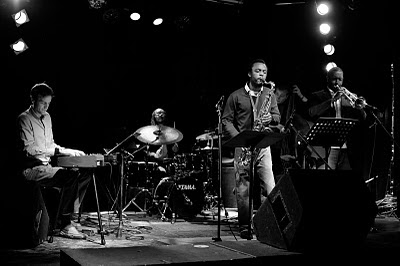 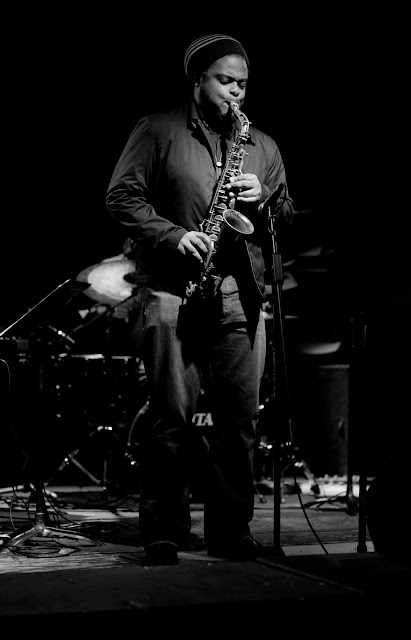 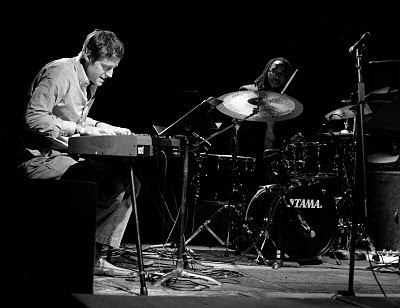 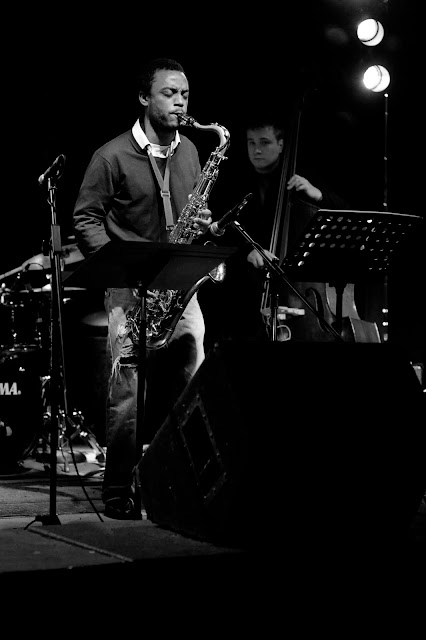 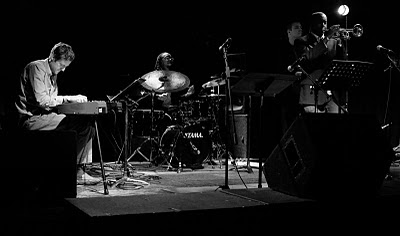 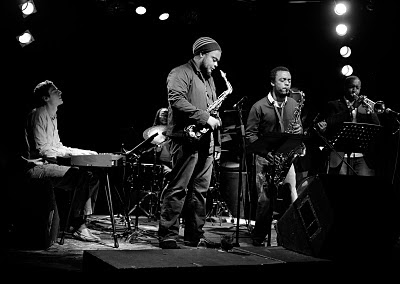 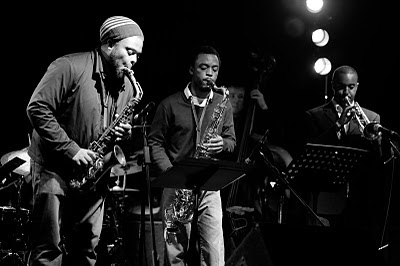 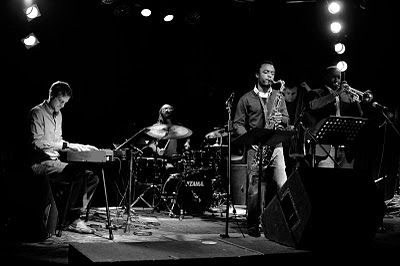