Classic Shots: Jay McShann at the Foundation. And a Video.

It wasn’t just Fiddler. Hootie was there, too.

The fall afternoon in 2003 was a special day. The Mutual Musicians Foundation was celebrating its anniversary.

Last November, I posted photos of a frail, 95-year old Claude “Fiddler” Williams swinging his violin like a rambunctious kid that day (here). But Fiddler wasn’t the only Kansas City jazz legend who stepped in the Foundation. Jay “Hootie” McShann also came to honor Kansas City’s history, of which he was so important a part.

It’s not hard to find images of Jay McShann in the Mutual Musicians Foundation. Just pop a DVD of The Last of the Blue Devils into a player, and there he is for most of ninety minutes. But this day was different. This day, 87-year old Jay was there to celebrate the building which was then Kansas City’s only National Historic Landmark, and a key piece of the birth of Kansas City jazz.

I captured some photos that day. Not as many as I do in a typical photo spread now, but I didn’t know then that someday I might be posting to a blog. Here’s some shots from 2003 of Jay McShann at the piano in the Mutual Musicians Foundation. That same piano is still on the Foundation’s first floor stage. As always, clicking on an image should open a larger version of it.

And since I don't have many photos this time, after you've perused them, let’s watch a video. 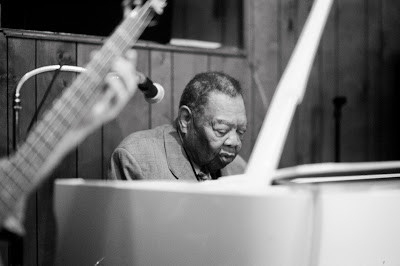 Jay McShann at the piano 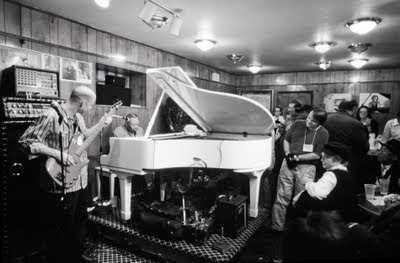 Note Claude "Fiddler" Williams in the audience listening, wearing a hat, on the extreme right 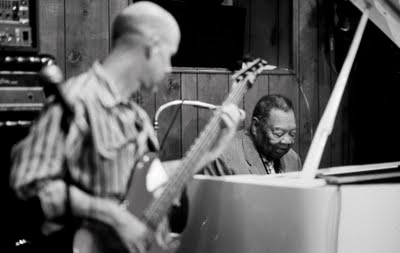 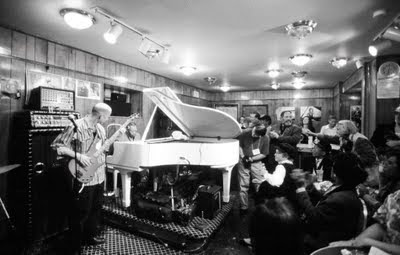 Note Claude Williams in the audience, with a hat, three people to the right of the piano 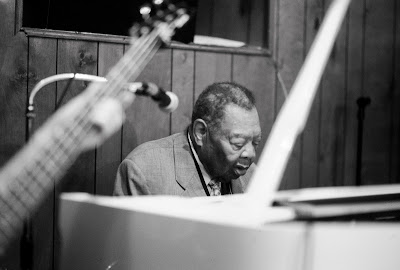 Last year, I posted several videos from a tape I digitized for a friend.

This last one from the tape is just three minutes long. I don’t know where it originally ran, but the recording is from a television broadcast. It was sponsored by a corporation, which had blurbs at the beginning and end of the segment (and which I've edited out, to minimize the chance that someone might ask for the video to be removed from YouTube). Clothing and other videos on the tape lead me to guess that it dates to the 1970s.